There was something new and interesting taking place at an off-road vehicle racecourse in Central Texas. The owner of the racing school began a new tradition this Halloween by allowing you to shoot zombies from the back of a vehicle to save stray dogs.

“I’ve envisioned this for 10 years,” Dave Carapetyan said, “and then I hired really great people, and then I let them loose with a bunch of toys.”

If this sounds of interest to you, you will have to head to the Rally Ready Driving School the off-road courses located in Bastrop County on a 140-acre ranch. The newest addition, ‘Shred the Undead’ puts you in the back of an off-road vehicle, gives you a laser tag gun and allows you to shoot zombies on a dirt course through the woods.

“There may or may not be some live targets out there as well, and some of them may or may not shoot back,” he said. “I can neither confirm nor deny any rumors.”

Carapetyan was doing this for a good reason. He wants to help save dogs in the real world.

Prior to starting the driving school in 2012, Carapetyan raced rally cars for a number of years. He eventually went about 20 minutes southeast of the Circuit of the Americas track to a ranch in Dale, Texas. 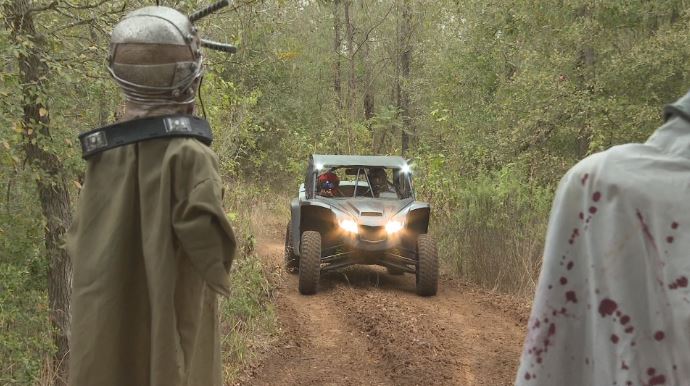 As a native of Austin, he was “overwhelmed with the stray dog problem in rural Texas.”

When dogs show up on the ranch, the man with a big heart takes them in. He started Rally Rescue and brought on Alexandria Stevenson as the executive director.

Stevenson knows her way around helping dogs. She has been training and rehabilitating them for quite some time. The team ensures that they are spayed or neutered and have their shots before they are adopted out to forever homes. They have helped dozens of dogs over the past few years. 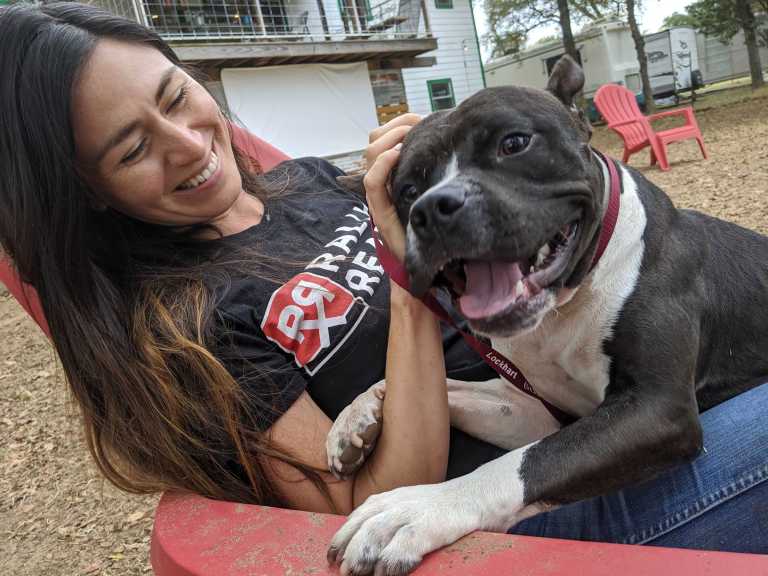 50% of the profits from the zombie run goes to funding a permanent rescue solution. Both Stevenson and Carapetyan have envisioned putting kennels on the property but the undead hunt is already seeing success.

The first runs took place over the weekend and four dogs were available for adoption when it started.

At this point, they only have one dog left but more are bound to show up on the ranch.

“To see people show up here having no idea that we even have a dog shelter and leave with a dog,” Carapetyan said, “it’s pretty special.” 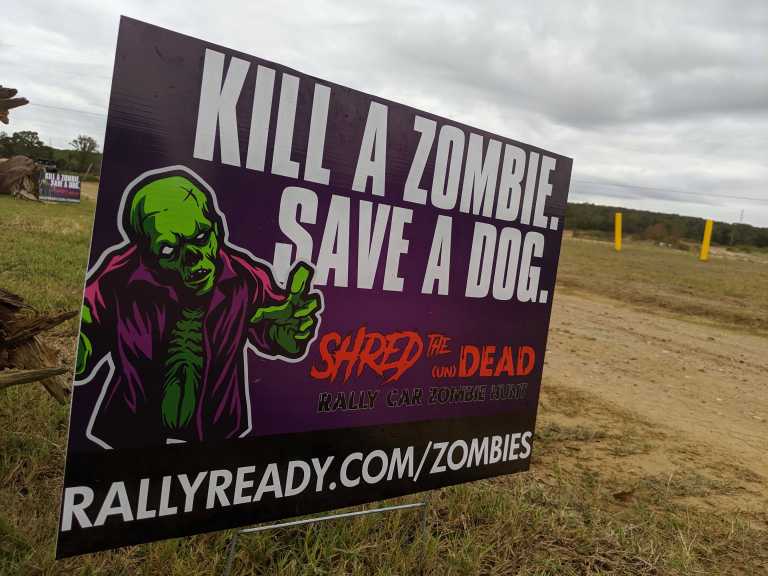 Stevenson hopped in the passenger seat of the off-road vehicle and took her first run on the course.

She said it was “probably super intense and really fast,” as she put on the helmet required for all riders. She was then strapped into a seat and given a laser gun and the professional driver took off. 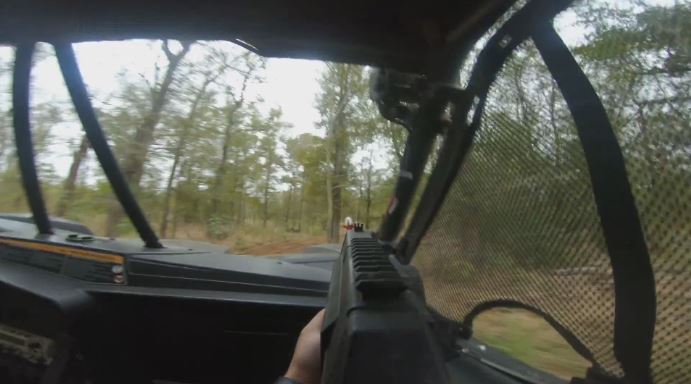 There are plenty of twists and turns as they go flying through the woods in an ATV. Each of the zombies that are found throughout the course wears a laser tag collar that has different colors flashing to show if the target was hit.

The ride lasts about four minutes. Stevenson said that it was ‘amazing’ as soon as she was back at the Rally Ready headquarters. “I hope I nailed some of them…in my mind, I got all of them.”

Carapetyan was certain that it was going to be a fantastic ride and it certainly does offer a lot, even in the daylight.

“Shoot zombies, save dogs,” Stevenson said. “Nothing better than that.”

“Shred the Undead” had its run from October 31-November 2 and people were paying $45 for the first lap. They could take additional laps at a discounted price.

A Formula One event was taking place at COTA and they were hoping to bring some racing fans over to the course.