We may fear many things in our life but a house fire is probably near the top of the list. Unfortunately, it happened to the Butler family when they were sleeping in their home in Bradenton, Florida. On Tuesday, September 17 at 2 AM, a fire broke out and quickly spread through the home. The alarm did sound, but it didn’t sound for long.

Fox 13 reported on what Leroy Butler, the homeowner had to say:

“It only lasted a short ‘beep beep’ and then it was already on fire. It was gone.”

In a very short amount of time, the blaze swept through the house, consuming everything in its sight. Since the alarm didn’t sound very long, the family continued to sleep.

That is where Zippy the superhero dog comes in. He realized that danger was occurring so he ran through the house, barking as loud as he could to let the family know that the fire was burning. 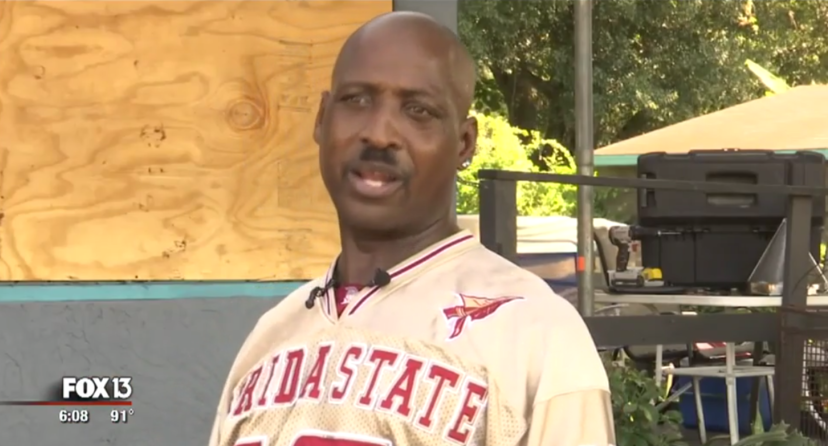 Zippy was a Jack Russell terrier and he ran back into the home through the fire to get the family out safe.

According to the Bradington fire department, the fire started near the air-conditioning unit in the attic but they still don’t know what caused the blaze.

The entire family was able to get out. ‘They wouldn’t move. All they could do was scream and holler, ‘No! No! No!’ Butler said.

Their family home is now a loss. Leroy and his children buried Zippy this morning @FOX13News #Bradenton pic.twitter.com/AS7sAdb12i

Zippy was the only member of the family that was missing. Leroy tried to go back in to save him but the fire kept him from doing so.

All Butler could do was wait for the firefighters to put out the fire. By the time they got Zippy out, it was too late. He had died of smoke inhalation.

Not only is the family now without their home, but they also lost all of the contents and their beloved dog.

Leroy Butler surveys the damage to his parent’s home in Bradenton. A fire broke out around 2. When the smoke alarm died, their dog went room to room to make sure the family was up. Unfortunately Zippy didn’t make it. The fire trapped him in the home @FOX13News #Bradenton pic.twitter.com/lJ3Yv4WCvW

“We adopted him as a pet, so we can only, I can only say he was a good dog. He only did what he could.