The Yulin Festival on June 21 is no reason to celebrate if you are a dog, or an animal advocate. Thousands of animals are killed every year during the event, many of them tortured for days on end before being slaughtered and eaten.

Worldwide outrage has attracted the eyes and efforts of law enforcement and animal rescue groups who work tirelessly to save these animals from a gruesome fate, but they can’t save them all. Since at least 10,000 dogs were killed an eaten during the inaugural Yulin festival in 2010, the yearly death toll has dropped to 3,000. Fewer animals are being slaughtered, however, their pain and suffering is no less.

Recent images from Humane Society International show just how horrifying conditions in dog slaughterhouses can be. Animals are shown being abused, maimed, and cooked alive with blow torches. 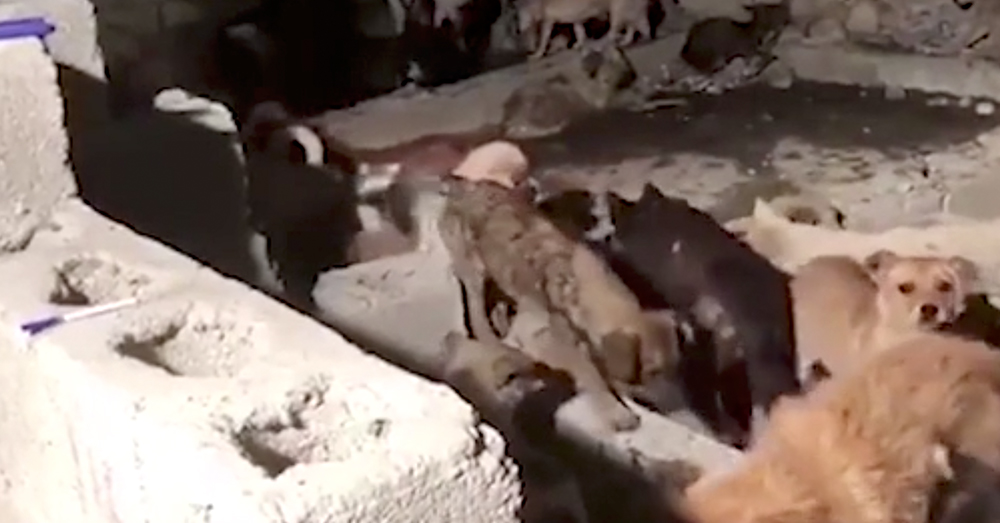 Source: Humane Society International
Dogs kept in deplorable conditions in Guangxi, where the Yulin Festival is held on June 21.

According to Metro, some slaughterhouses kill as many as 50 dogs a day. Volunteers from HSI recorded video from within one of the slaughterhouses while helping to rescue 135 of the animals.

“What I saw will haunt me for months,” an activist named Allen told HSI Daily Mail. “I have never seen dogs so scared like these ones.” 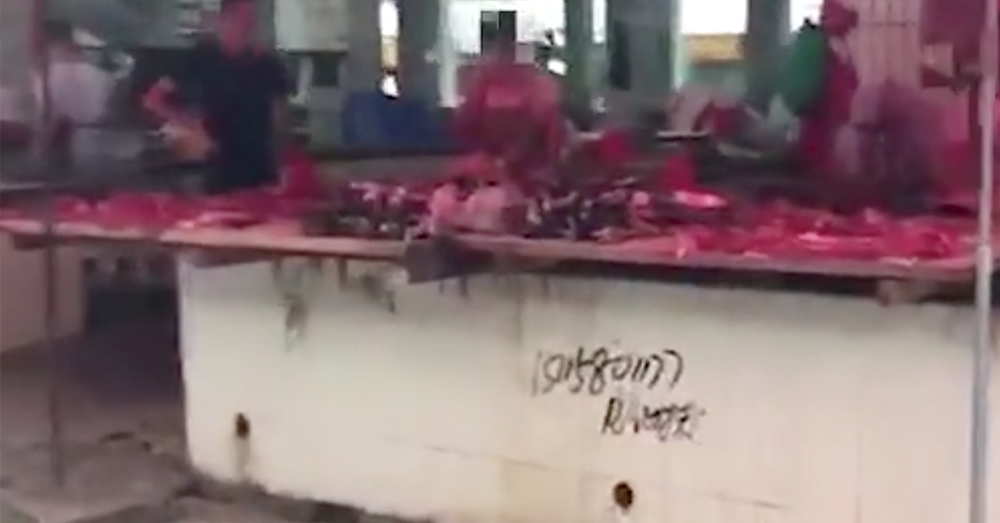 Images from the visit clearly show some of the implements being used on the dogs, unsanitary knives, and a machine that removes hair.

“I truly do not understand how the slaughterhouse workers could be so blind to the frightened looks of the dogs waiting for their turn,” Allen said. 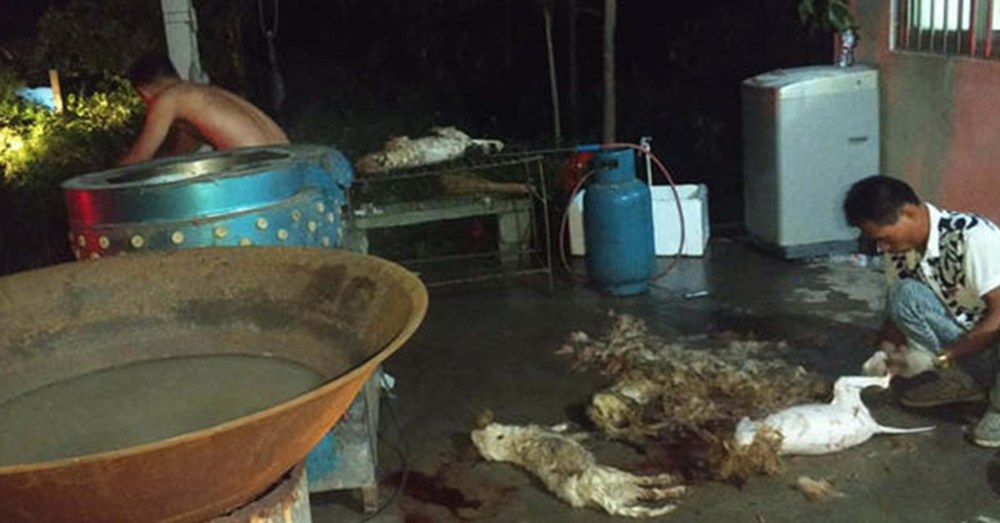 Source: Humane Society International
HSI took photos from within one of the dog slaughterhouses.

Some of the most graphic photos show dog carcasses being cooked with a blowtorch in preparation for the festival. 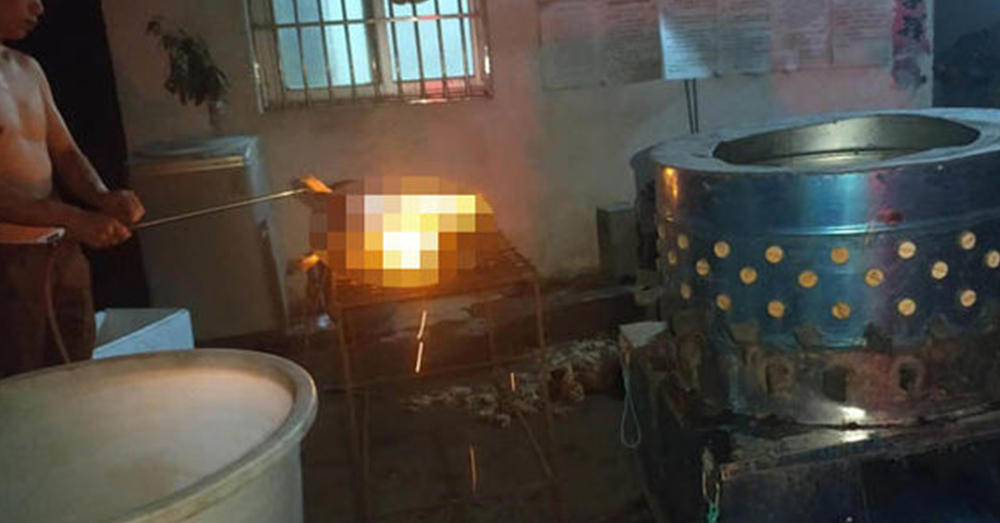 Source: Humane Society International
A blow torch was used to torture and cook some of the dogs.

“The noise of that slaughterhouse stuck in our brain long after we’d left – the wailing of the dogs, the roar of the blow-torch, the thundering of the de-hairing machine while dogs huddled together in fear,” Allen said. “The mother dogs must have been especially anxious, and I like to think they knew they were finally safe to give birth at our shelter.”

The 135 rescued animals were taken to a temporary shelter to be cleaned and cared for. 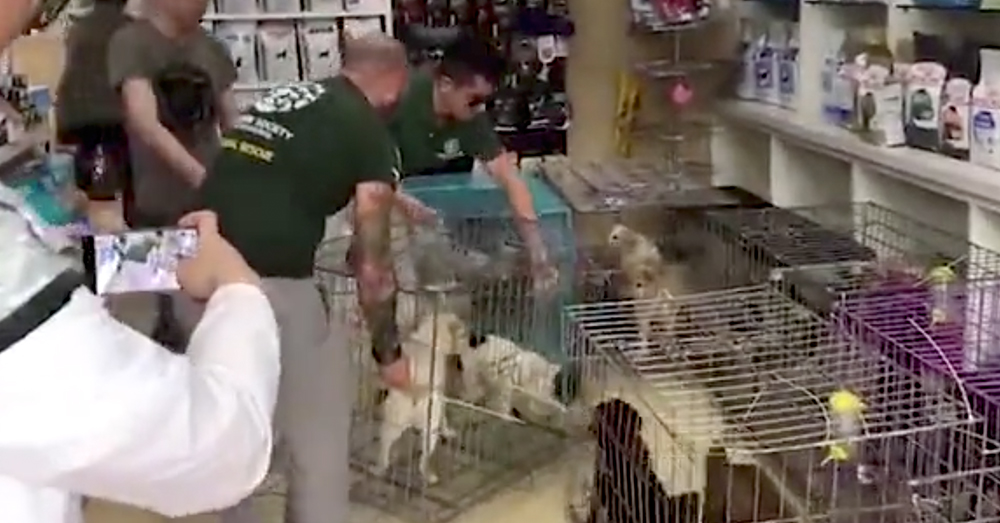 Source: Humane Society International
At least 135 of the animals were rescued.

“They are now being transported to three permanent shelters in other parts of China where they will receive high-quality veterinary care,” HSI reports. “Sixty-five of the dogs will be cared for at an HSI-supported shelter in North China.” 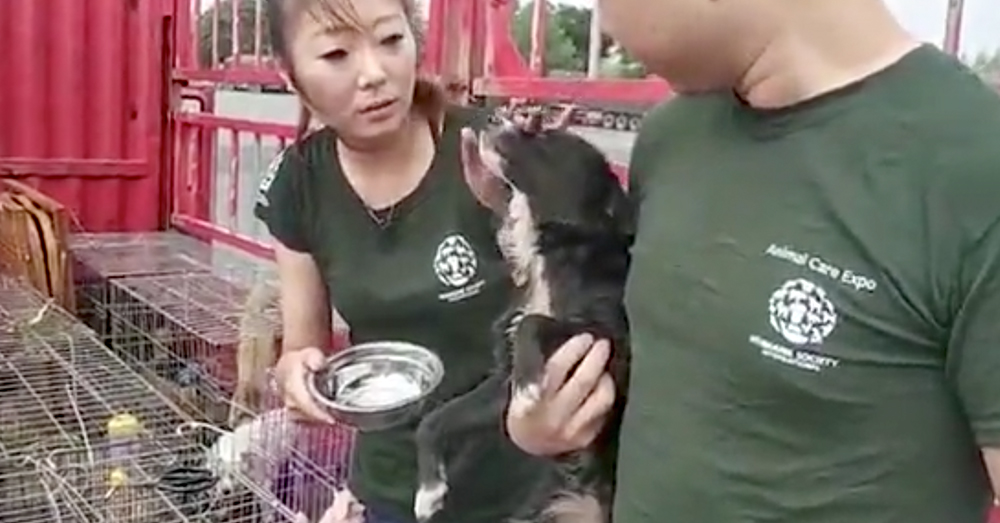 Source: Humane Society International
HSI volunteers provided the means to rescue the animals, and get them to shelters.

Along with the graphic video and the widely praised rescue, HSI is asking lawmakers and other authorities in Yulin to discuss legal means of bringing an end to the festival.

At least 235,000 others have joined HSI and Chinese and international animal campaigners in Beijing in petitioning Lu Xinshe, Communist Party Secretary of Guangxi, to strengthen animal protections in the region. Among their requests, a blockade on trucks carrying dogs into Yulin, and fines for those who are caught importing dogs for slaughter.