A Major Blow Has Been Dealt To The Yulin Dog Meat Festival!

A lot has been written about the Yulin Dog Meat Festival in Yulin, China. We’ve been fighting to end the barbaric festival for years. After such a long and brutal fight, China has finally taken steps to end the Yulin festival once and for all!

The Chinese government has refused to admit to the existence of the festival for years, preventing any serious push to end it. While the Humane Society International has fought the meat trade through rescue, increasing visibility, and even blocking trucks of dogs from getting to Yulin, the goal has always been to pressure the government into action—sadly, to no avail. 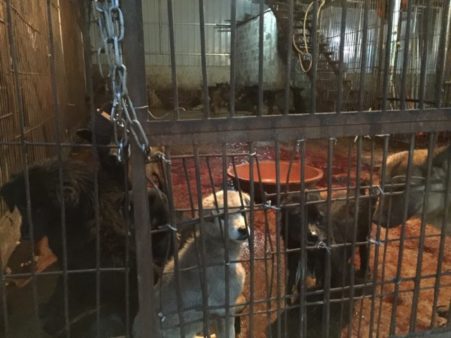 HSI’s China Policy Specialist Peter Li travelled to Yulin in March and April 2016, bringing back fresh video and photographic evidence of mass dog and cat slaughter continuing to take place in the city even outside of the festival period, something the Yulin authorities have repeatedly denied.

Recently, a new party secretary, Mo Gong Ming, took office in Yulin and quickly enacted a ban on selling dog meat at restaurants, markets, and street vendors. The ban will take effect on June 15, 2017, a week before the festival begins. Selling dog meat can result in a 100,000 yuan fine (roughly $15,000 USD) and arrest. Ming’s actions are part of his plan to overhaul the public image of Yulin and create a “city of culture and civilization.” Ending the festival is a gigantic step in the right direction. 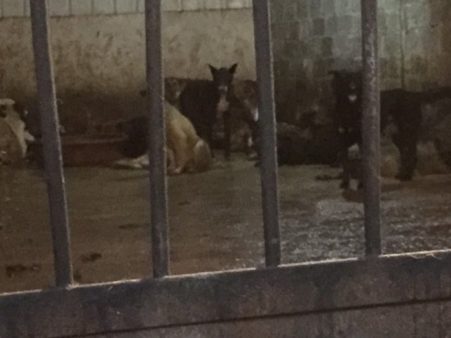 HSI’s China Policy Specialist Peter Li travelled to Yulin in March and April 2016, bringing back fresh video and photographic evidence of mass dog and cat slaughter continuing to take place in the city even outside of the festival period, something the Yulin authorities have repeatedly denied.

The festival takes the lives of thousands of dogs and cats each year. The animals are brought in from other areas of China and other Asian countries. Many of them are stolen from their families, crammed into cages and trucks—where many die of suffocation or dehydration—and brought to Yulin, where they are publicly slaughtered, beaten to death, and even cooked alive. The horrors committed each year have raised fury across the world, even garnering 11 million signatures on a petition sent to the Chinese government.

The ban is temporary, but the hope is that it will manage to destroy the market over the next few years and end the festival for good, regardless of the ban’s longevity. No matter the length of the ban, it is a massive step towards ending one of the worst animal atrocities in the world. Thank you to everyone who has taken steps to help fight the Yulin festival!

In Yulin, China, the summer solstice marks an annual dog-eating festival. This cruel and inhumane festival kills an estimated 10,000 dogs per year. Recently, Humane Society International (HSI) sent staff to the city of Yulin in an effort to draw attention to the cruelty and to stand alongside Chinese activists and ordinary animal-loving citizens who care deeply about ending this horrific trade. Despite efforts from activists and Humane Society International alike, the number of dogs killed in the 2015 Yulin dog meat festival remained the same. Sadly, nearly half of the dogs were stolen pets—many of which were still wearing their collars.

Making your voices heard will be the most effective way to end this festival. Let the world know that this needs to end!

Help us save these innocent animals!