He Lived A Life Of Misery On A Short Chain. When I Saw Where He Ended Up, Happy Tears!

PETA found a dog, who they named Yo-Yo, tied outside to a rock by a chain. The chain was so short that he could barely move around. He lived in the dirt surrounded by trash, and only had a tiny dirty doghouse that he could barely fit in as shelter. When rescuers arrived at the scene to save him, he greeted them with tail wags and kisses. 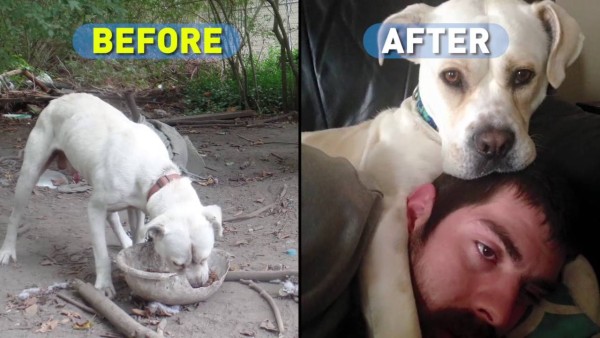 A few months later, the Virginia Beach SPCA helped find Yo-Yo a furever home! Now he gets to enjoy the warmth of a real home, rather than living outside. And he even has a new doggy sibling! He gets all the love and care in the world, and never has to feel unloved or neglected ever again. Watch Yo-Yo go from a life of misery to a life of love in the video below: