YouTuber Responds To Backlash After Video Shows Her Hitting, Spitting On, and Yelling At Her Dog

YouTube star Brooke Houts accidentally uploaded a video recently which shows her hitting, spitting on and yelling at her dog. The ‘unedited’ version was apparently uploaded as a mistake and taken down later.

In the clip (Disturbing Content Advisory), which is now being investigated by the Los Angeles Police Department, Houts tells her 330,000 subscribers that she was going to try and prank her Doberman named Sphinx. 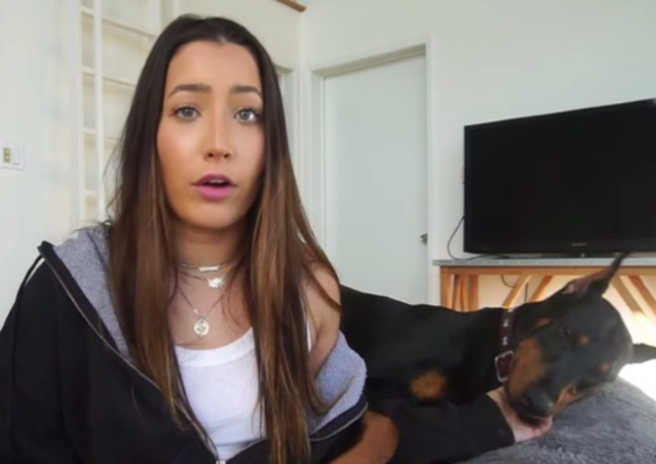 While trying to set up the prank, Houts gets angry and slaps her dog in the head for not cooperating. She then continues to berate the dog by yelling, “Stop!” and shoves him to the ground before appearing to spit on him.

The full video is hard to find (since it’s being taken down), but you can view most of her disgusting actions in this uploaded Tweet:

i’m so friggin disgusted. brooke houts abuses her dog for wanting affection. i am so angered by this. pic.twitter.com/gAsL1OmXs2

People were FURIOUS with Houts, sharing their emotions on Twitter: 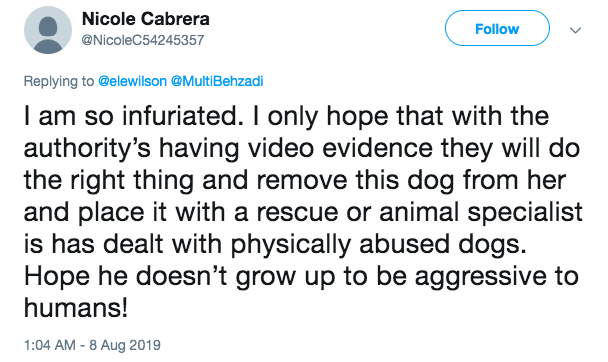 After the video went viral, Houts offered an apology for her actions: 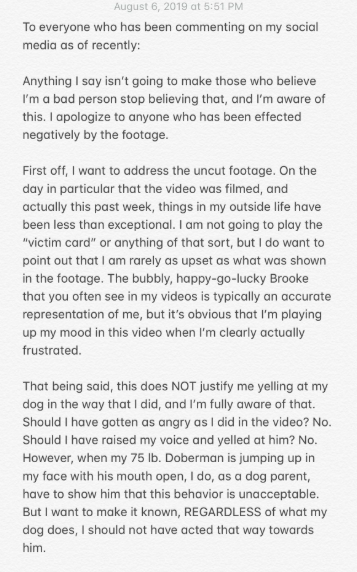 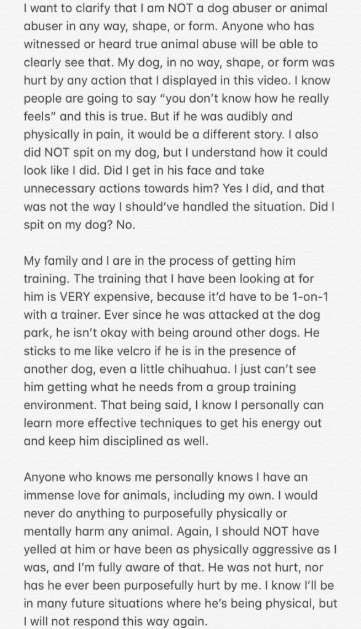 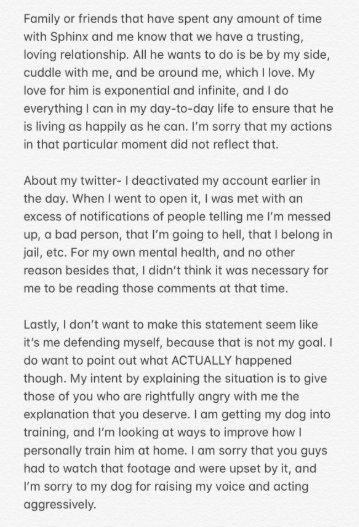 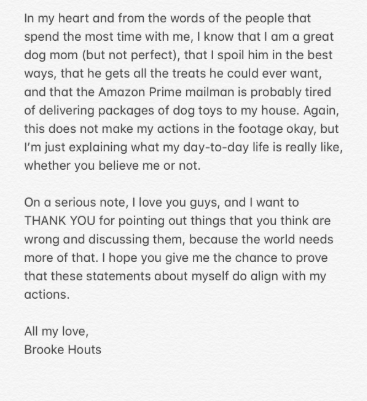 LAPD told PEOPLE, “We are aware of the incident. Our Animal Cruelty Task Force has received numerous complaints about the video and we are currently looking into the matter.”