A 6-year-old Yorkie named Macy is recovering after being attacked by a coyote.

Macy was out for a walk with her 10-year-old sister, Lily, in their Toronto neighborhood when a coyote started to chase after them.

Lily was frightened and started to scream and run down the street. The coyote continued to pursue them and at one point the little girl dropped the leash.

She ran up to a neighbor’s house for help as Macy took on the wild coyote. 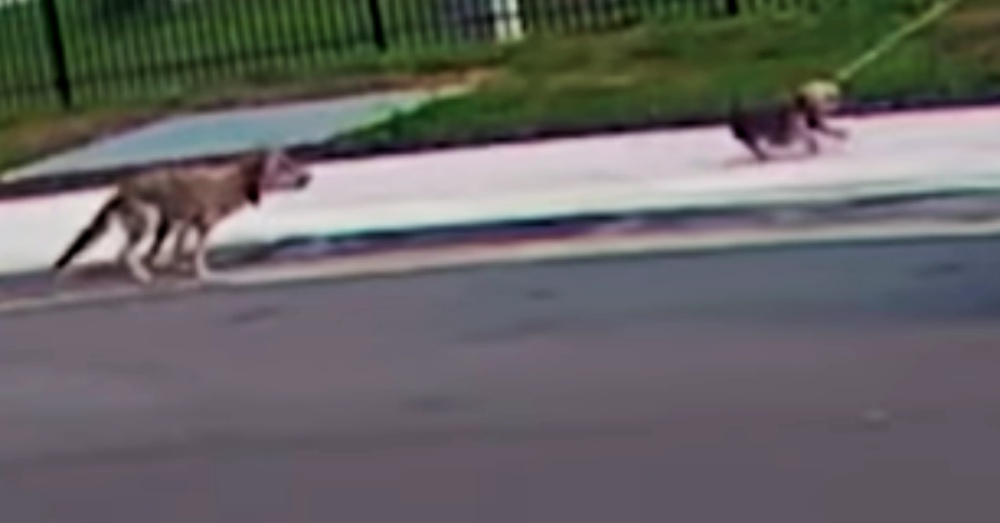 The little dog stood her ground but was bitten by the coyote before the neighbor came out and chased it away.

Macy had several puncture wounds as well as serious injuries to her spine and leg. She was rushed to an emergency animal hospital.

Dorothy Kwan, Lily’s mom, started a GoFundMe to help cover the medical expenses for her beloved dog that she rescued five years ago.

The heartbroken mom said her children and Macy “mean everything to me”. People all over the world reached out to donate and send prayers for the little dog.

Macy had to remain at the hospital for days in ICU, but was eventually allowed to come home. Dorothy is providing round-the-clock care and is humbled by everyone’s “unwavering kindness”.

She thanked everyone for their help and said it has “restored her faith in humanity.” Macy is on the road to recovery and is already reclaiming her status as guard dog.

The most recent update stated, “Macy is starting to do what she does best. Guarding my family. She heard a noise this morning and went to the window to investigate.”

The extra funds will go to charities to help other pet owners who need help covering medical expenses for their fur babies.

“My family and I are eternally grateful for all the support and all the heart felt messages we have received. When Macy has made a full recovery, there are plans for us to make donations to several organizations including the Toronto Veterinary emergency hospital that saved little Macy’s life,” wrote Dorothy.

A local news station shared the terrifying coyote attack video that was captured on a neighbor’s security camera. Check it out below.

Signs have been posted warning of wild coyotes in the area.

While it is rare for coyotes to attack a pet, especially one that is being walked with a human, Urban Coyote Research Project provides tips on how to avoid conflicts with coyotes.