A tiny kitten, thought to be about 2-weeks old, was abandoned by her stray mother in West Covina, California. The kitten was too young to be on her own and needed immediate medical care.

Friends for Life Rescue Network, a rescue organization out of Los Angeles, stepped up to help. The kitten was in bad shape when she arrived at the rescue. Love Meow states, “When the kitten arrived, she was extremely lethargic, covered in fleas, hypothermic, malnourished, and had a severe respiratory infection.” 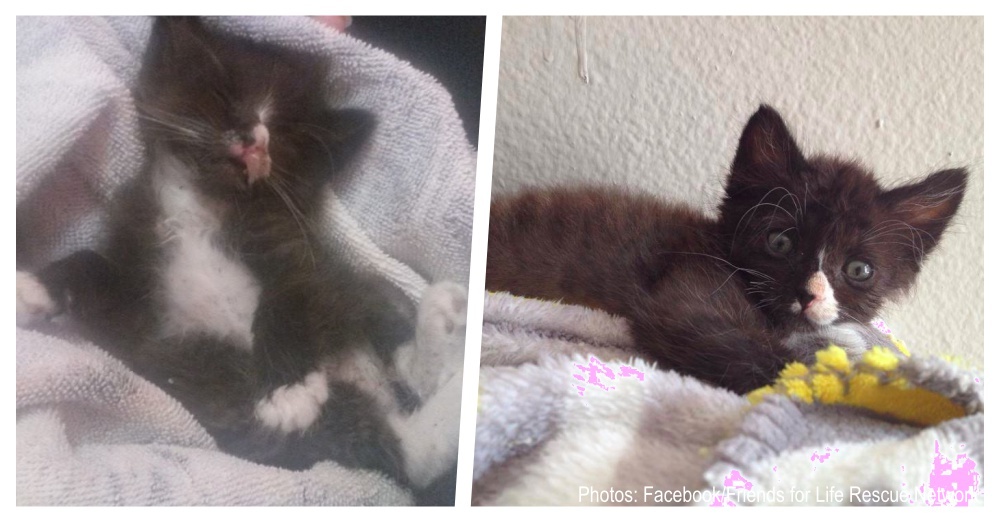 The co-founder of the rescue, Jacqueline DeAmor, was afraid the kitten would not survive. She immediately took her to an emergency vet. When she arrived, her fears were confirmed. The survival rate was low for the tiny kitten. She was told the kitten may not make it through the night.

Xena, the tiny kitten was later named, defied the odds and pulled through the night. She was named after a warrior princess because she was a fighter. The vet thought she was actually 5-weeks-old. 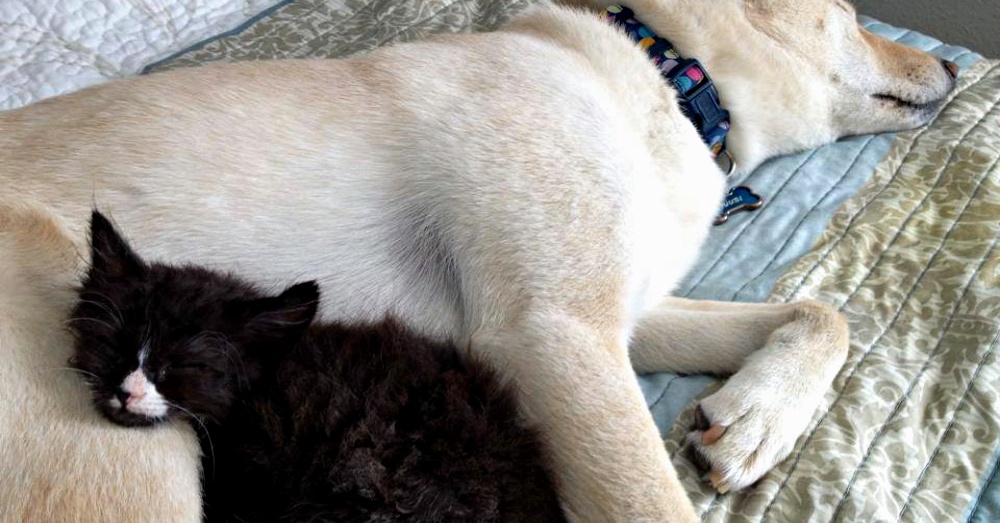 Each day Xena continued to improve and started to play like a normal kitten. Her wild and curious nature came out after just 5 days. She was taken into a foster home where she flourished with constant care. She was bottle fed and given daily medications to help her regain her strength and health. 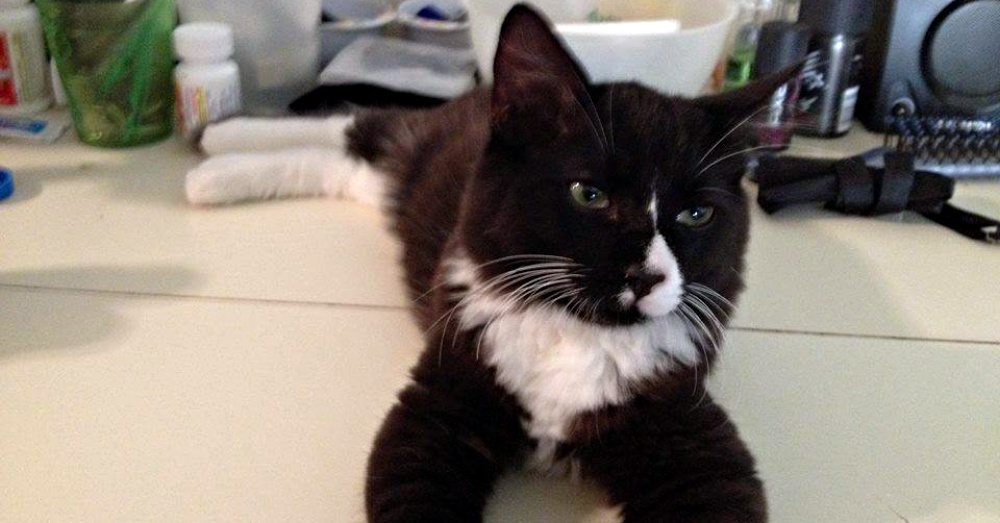 “She’s playful, affectionate, spunky and loved her dog buddies,” states her foster mom. It did not take long before someone came forward to adopt Xena. Fast forward three years and she is living life to the fullest.

“She now loves to eat, play and has so much sass,” states DeAmor.

Happy endings like this are what all cats deserve. Click ‘next’ to read about Laszlo and his rescue.