Monsters live among us.

St. Francis Community Animal Rescue & Education located in Murphysboro, Illinois, was contacted by the local shelter to help a severely malnourished dog. The owner finally surrendered two neglected dogs to local police and when they were brought to the shelter, one of them had rubber bands wrapped tightly around his muzzle. 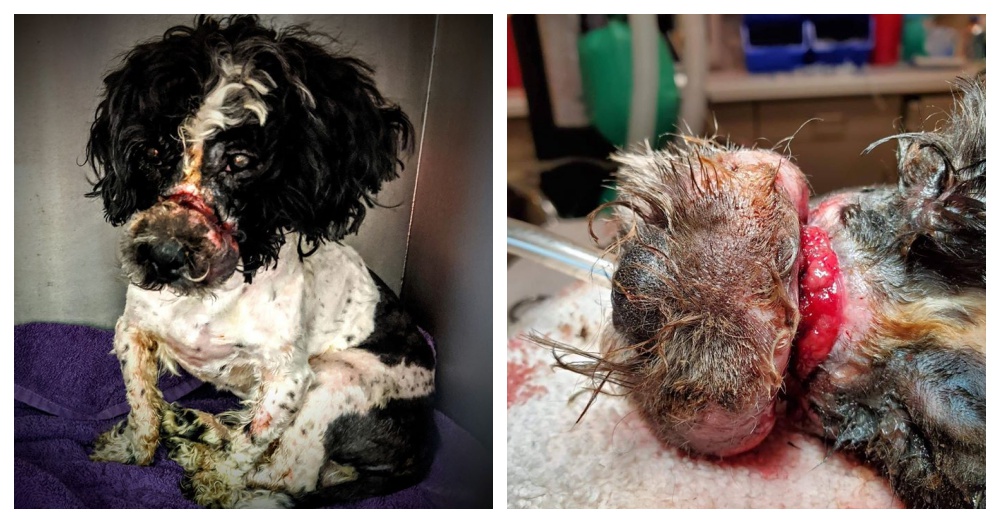 A monster wrapped rubber bands around the muzzle of a dog and left him to suffer. He was rushed into surgery when the staff found the rubber bands had cut through the skin and to the bone.

The poor dog was unable to eat or drink, and from his condition they guessed the rubber bands had been on for at least a week. The staff was heartbroken and furious that someone could intentionally harm a sweet dog. 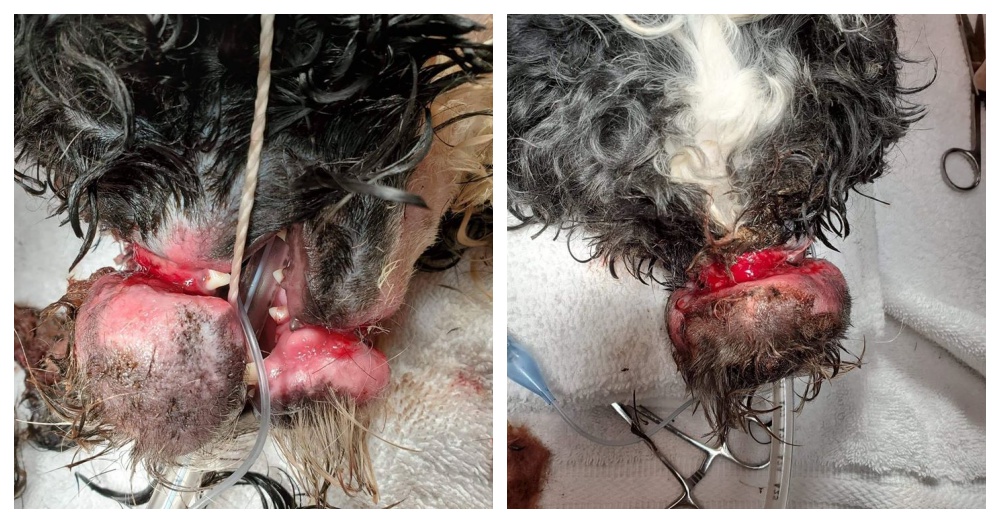 Staff named the little dog Wyatt and said even though he was in excruciating pain, he never growled or tried to bite. The rescue wrote, “Unable to eat or even drink he has lost weight & was one of the most severely dehydrated animals our vet has ever seen!” 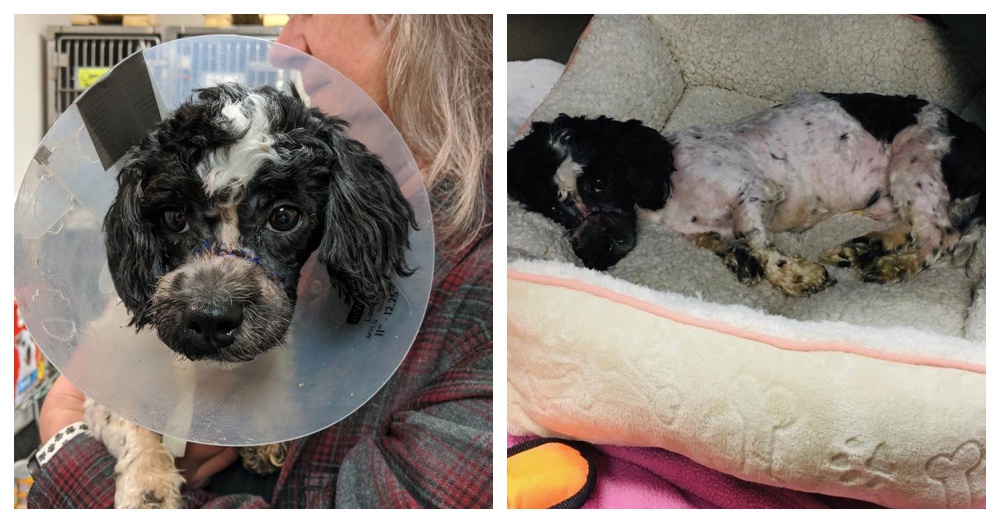 Wyatt underwent multiple surgeries to repair the damage done by the rubber bands. “Wyatt had his 2nd reconstructive surgery today. While his snout remains swollen, Dr Creese was able to close the entire injury. We are very hopeful this will be his last facial surgery.” Thanks to loving and generous people he is on the road to recovery. 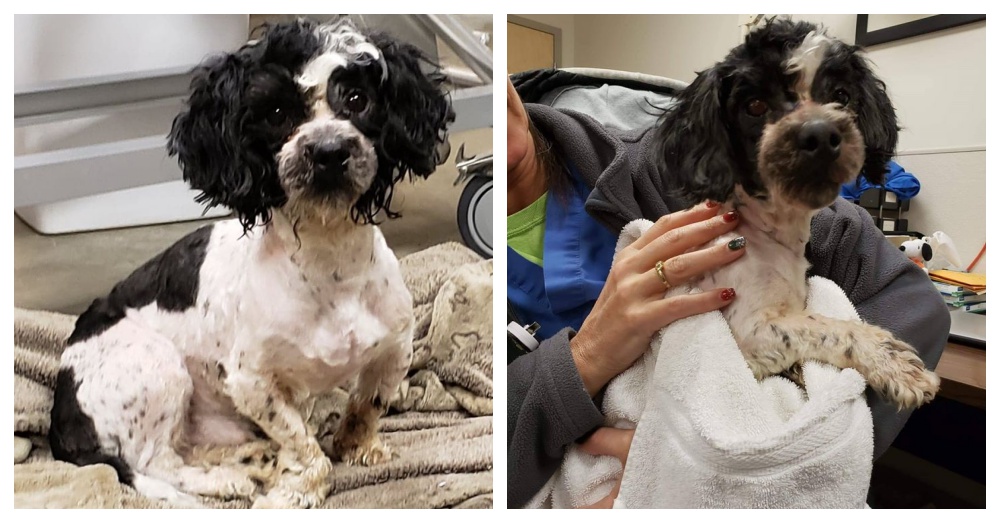 “Wyatt is doing well. He is eating and enjoying all of the love he is receiving here at St. Francis,” posted the rescue. Wyatt has countless fans and some are even bringing him toys, soft food, and blankets. 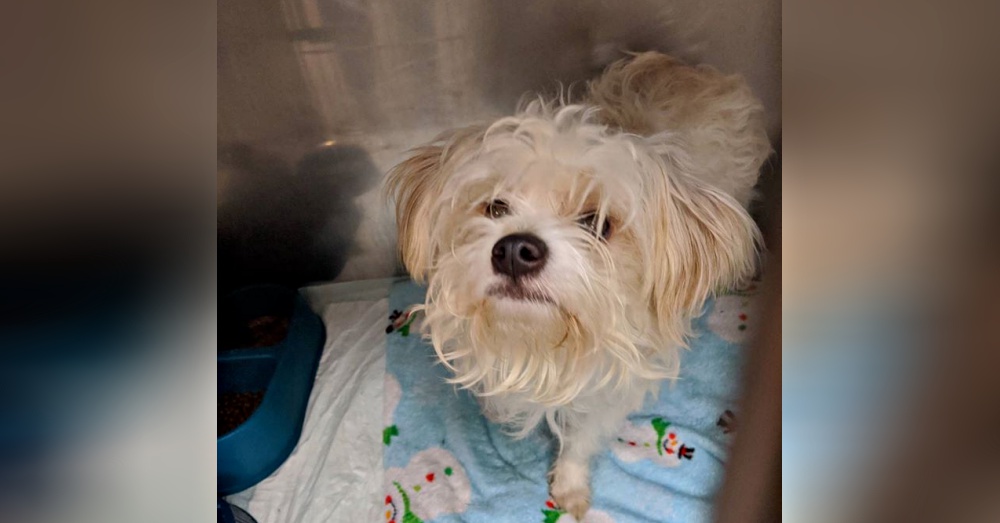 The other dog that was surrendered with Wyatt was named Doc and is available for adoption. Once Wyatt fully recovers, he will be put up for adoption and finally experience a loving home.

Carbondale Police Department is investigating the case and hopefully the monster will be brought to justice. The rescue is spreading Wyatt’s story in hopes of raising awareness so other animals do not have to suffer like he did. If you see something, say something, do something.

Woman Dumps Disabled Dog Without Front Legs On Side Of Road And Speeds Off: Click “Next” below!

This Rescued Bulldog May Look Tough, But He’s Really A Sweetheart Who Loves To Cuddle With Kittens