After rescuing 123 animals and counting, Calvin Tucker has become a local hero in Alabama’s rescue community, where he spends his days feeding community cats. But Tucker, who is also known by some as Black Noah, didn’t even know he was a cat person until 2017, when a tiny gray kitten showed up outside his workplace mewing for help.

“The way he looked at me, it touched my heart,” Tucker told The Dodo. “So I went back inside and got some crackers and fed them to him. The next day, when I got there, he was waiting for me at 7 a.m.” 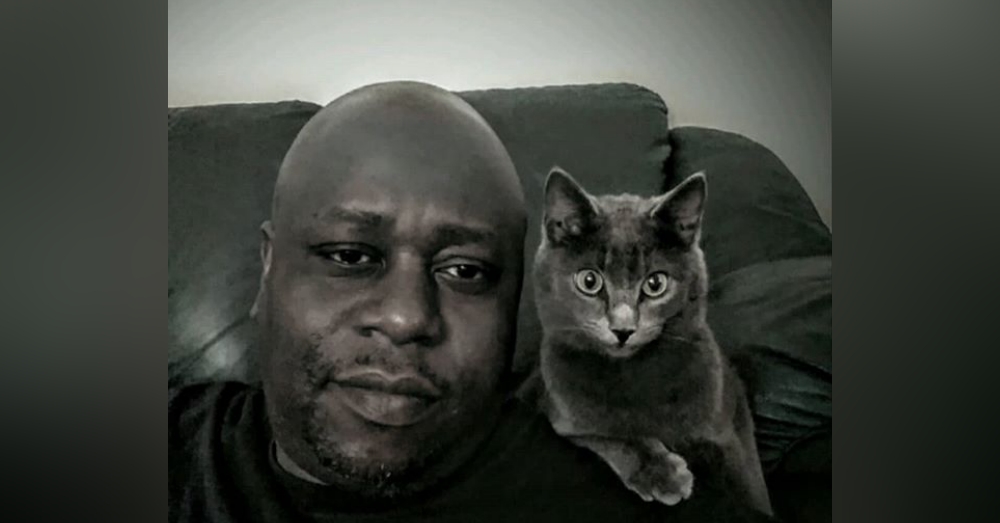 But ever since Tucker adopted the gray kitten, Henry, needy animals have continued to cross his path. Case in point is the time Tucker was driving home and felt suddenly compelled to take a different exit, although this unusual route would add several miles to his regular commute.

“It was Friday evening, and I was heading home and for whatever reason, something just spoke to me and told me to get off the expressway about six exits before my home,” he recalled. “When I got off the freeway and turned on the main highway, I saw Wrinkles immediately. He was in the middle of the road, he was scared, cars were coming, honking at him.” 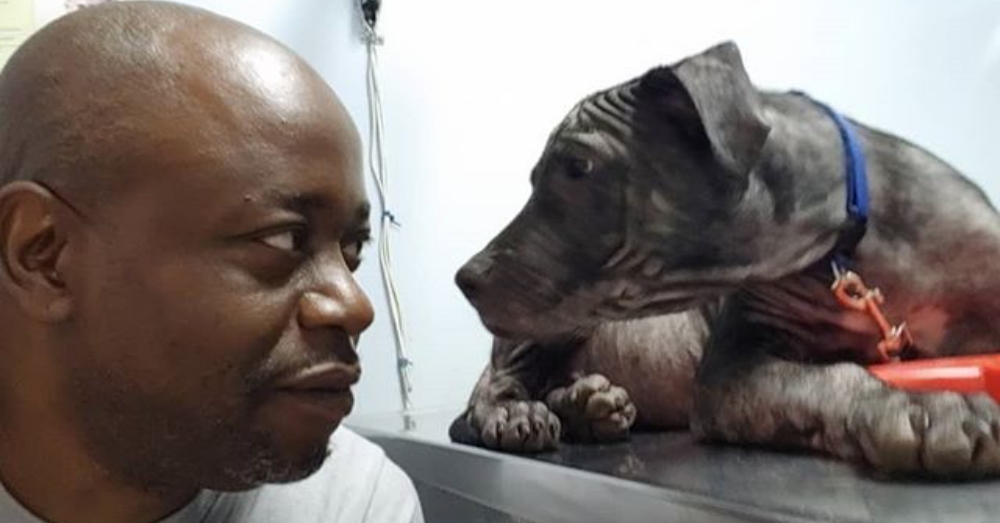 Tucker tried to lure the dog out of the road with a can of food. “I sat there with him for about 15 to 20 minutes,” he said. “He was in bad condition. About 98 percent of his hair was gone and the only thing you saw were wrinkles.”

Tucker’s finally succeeded in coaxing the pup into his car, then drove him home to give him a bath. A veterinary check the next morning revealed the poor pup also had a fever, parasites, worms, and a severe case of mange. Despite his poor condition, the pup couldn’t take his eyes off the man who saved his life.

“He laid on the table and we just looked into each other’s eyes and the only thing I saw was that he was happy to be off the streets,” Tucker said. “You could just see the gratitude in his eyes the way he looked at me — he was just at total peace.” 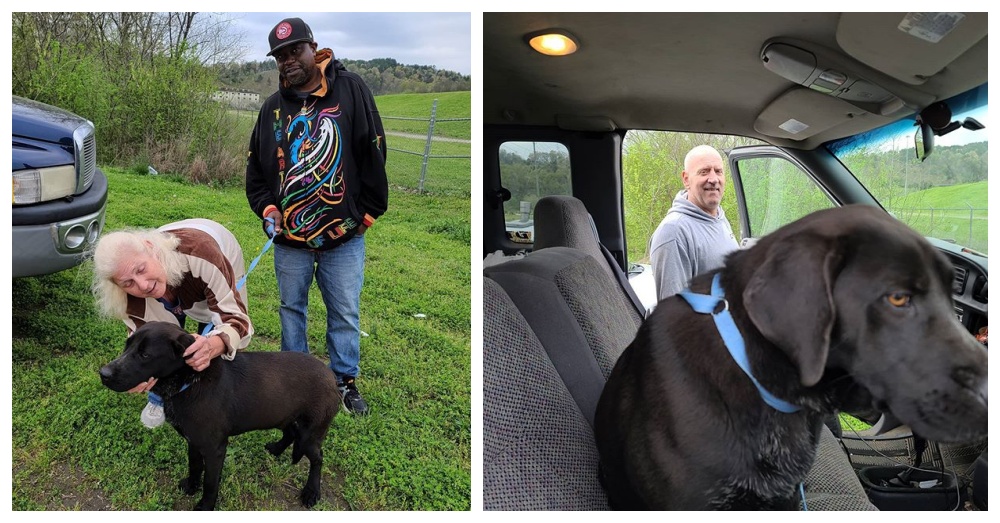 Wrinkles’ fur slowly grew back over the next six months while the pup recovered in foster care. “The foster said that he was the sweetest dog that they had ever fostered,” said Tucker, who Two By Two Animal Rescue to help him find Wrinkles (who now sported a shiny coat of black fur) a forever home.

The sweet pup was quickly adopted by a couple drawn to Wrinkles’ loving, gentle nature. “They did a home visit and the people came out and met him and when they met him it was just love at first sight, both ways,” said Tucker, who is eternally grateful he followed his gut and took a detour that day.