When Jenny Chau Le bought her Yorkie mix, Simba, a Grinch toy for Christmas, she had no idea how much her pooch would love it. They were roughly the same size, but the little dog insisted on dragging his new favorite toy everywhere he went. He also began sleeping with it at night.

After three years, of course, the constant puppy loving was taking a toll. Jenny tried to present her pet with newer, cleaner play things on multiple occasions, but Simba – clearly a loving, loyal dog — refused to treat the Grinch with anything but unconditional love. 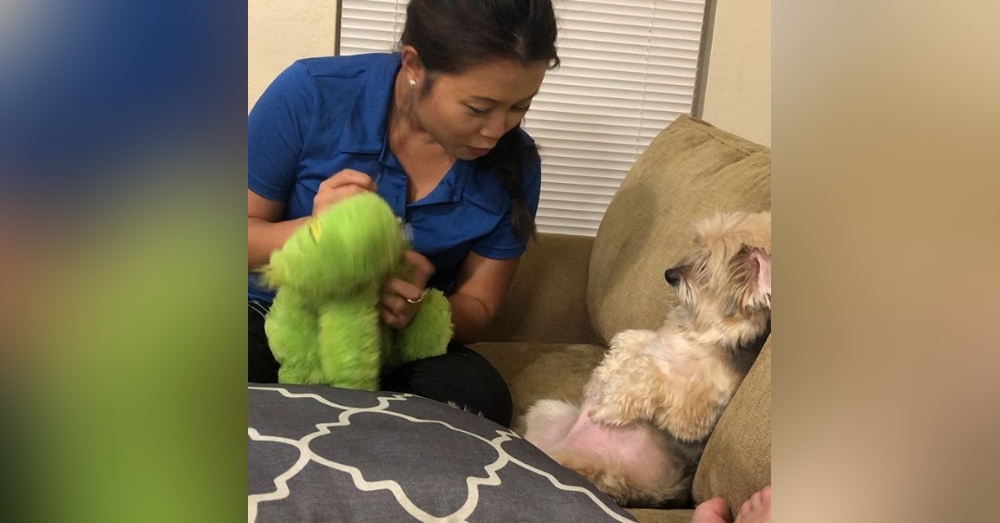 “After having it for so long the Grinch became dirty and was falling apart,” Chau Le told The Dodo.

“I tried buying him countless toys to play with so I could throw the Grinch away,” she said, describing the toy as both “dirty” and “falling apart.” But when she tried to take it away, Simba became worried and started searching around the house. (This also happens whenever Chau Le dares give the Grinch a much-needed wash).

“I knew [then] I couldn’t throw it away, so I continue to wash and sew it back together,” she said. This has happened, she estimates, at least 20 times. 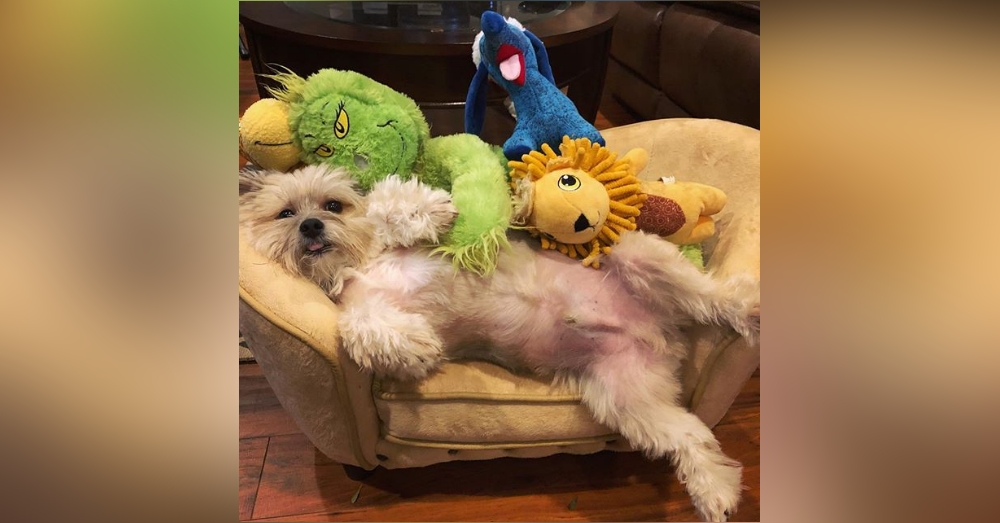 Even so, Chau Le has had to perform each of these “surgeries” under Simba’s careful supervision. “He sits and whines a little bit when he’s watching the Grinch get repaired,” she told The Dodo. “So I have to keep reassuring him that the Grinch will be OK,” she said.

Regardless, Chau Le will do whatever it takes to keep her fur-baby happy. “I remember putting my face close to his tiny face [when I first got him] and he nibbled on my nose,” Chau Le told The Dodo. “He even followed me when I placed him back on the floor. That’s when I knew I would love this dog forever.”

Watch Simba’s adorable reaction to the Grinch’s “surgery” in the video below!

Mama fixin up my best friend