But one North Carolina shelter found themselves in a unique situation while trying to re-home an extremely high-maintenance feline. Usually, rescuers just highlight the shelter pet’s best qualities, which helps would-be adopters decide if the dog or cat in question would be a good fit for their family. But in the case of Perdita, rescuers couldn’t think of a single positive personality trait. 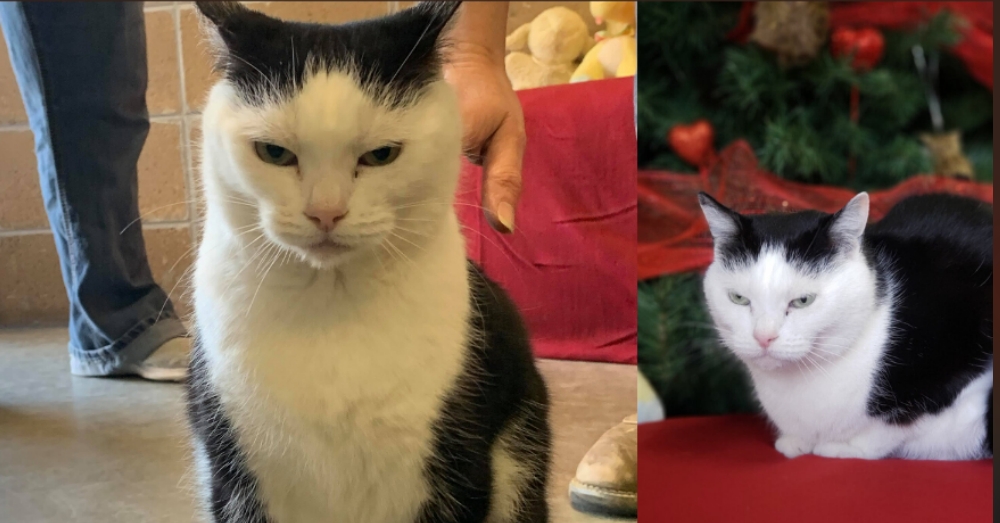 So in lieu of any pleasant attributes, rescuers instead went with a brutally honest assessment, which in turn quickly went viral. “Meet Perdita, not for the faint of heart,” their Facebook Post begins, alongside photos of the frowning black-and-white feline and a large headline reading, “World’s Worst Cat.”

“We thought she was sick, turns out she’s just a jerk,” rescuers continued in their virtual broadside, before going on to describe Perdita’s favorite pastimes as “staring into your soul until you feel as if you may never be cheerful again,” “the song Cat Scratch Fever,” “jump scares,” “lurking in dark corners,” “being Queen of her domicile,” and “fooling shelter staff into thinking she’s sick.” Even the vet agrees, shelter staff writes. “She’s just a jerk.”

Meet Perdita, not for the faint of heart. LIKES: staring into your soul until you feel as if you may never be cheerful…

Rescuers were similarly forthcoming about the cat’s long list of dislikes, which include kittens, kids, dogs, certain movies and songs, Christmas, and hugging, just to name a few. “She’s single and ready to be socially awkward with a socially awkward human who understands personal space,” they wrote.

The only good news, really, for potential adopters is that shelter staff waived the difficult feline’s adoption fee.

But some readers wondered about the wisdom of such a snarky appraisal, even as the shelter’s ad rebranded Perdita as the Internet’s favorite feline diva. “Bad idea! Don’t you think this will attract someone who tortures cats for fun?” one person worried on the shelter’s Facebook page. “That seems awful harsh, maybe she is just misunderstood or has some major anxieties!!!” another wrote.

But others seemed tickled by the cat’s extremely anti-social behavior which, in a twist, seemed to be earning her plenty of friends on Facebook. “She’s my spirit animal i am certain!” one user applauded. “So….basically your typical cat,” another agreed.