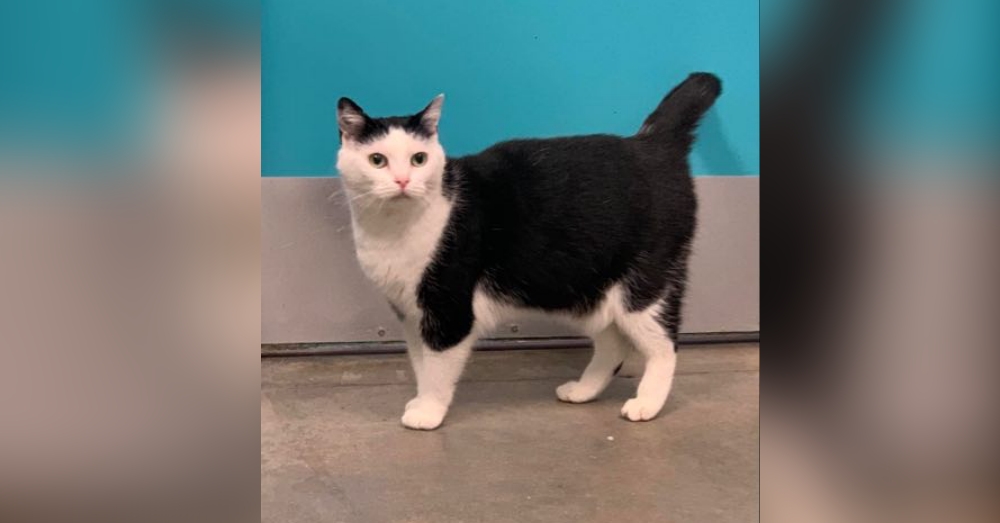 But even though the advert quickly went viral, some questions wisdom of rebranding the black-and-white cat as an feline diva, which seemed like it could attract some sick animal abuser. “Don’t you think this will attract someone who tortures cats for fun?” one commenter worried. “That seems awful harsh, maybe she is just misunderstood or has some major anxieties!!!” another person protested. 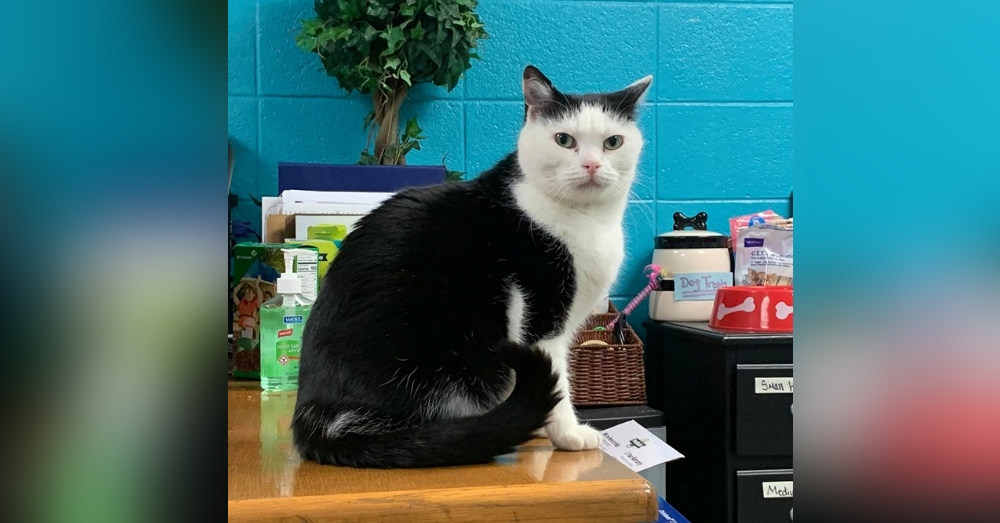 Luckily for Perdita, the number of people looking for a feline with cat-itude greatly outweighed the number of people actively plotting harm. (Phew!) According to The Guardian, Mitchell County Animal Rescue, Inc-North Carolina received 175 applications from people eager to welcome this sassy cat into their family.

This proudly unapologetic feline was officially adopted by Joe and Betty from Monroe County, Tennessee, whose loving home also includes catwalks, cat trees, an enclosed cattery, and a cat pond where Perdita can spend her days napping and lurking to her heart’s content. 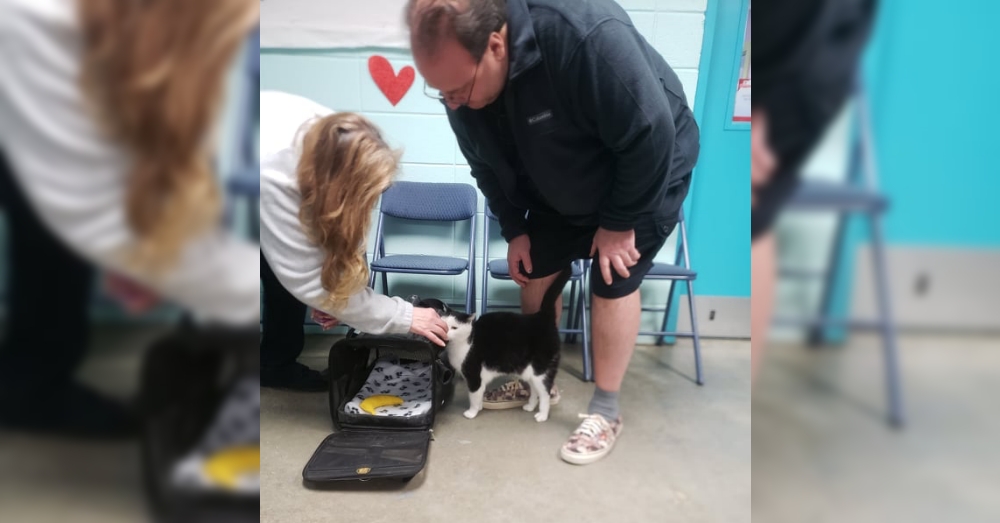 “They adore her and she tolerates them,” rescuers wrote of the cat’s human family, who have decided to rename her Noel just in case the old name was the source of her anger. Nevertheless, Noel/Perdita nevertheless seemed eager to get back to her new home.

“She wouldn’t let us take adoption photos in our photo booth, she just growled and ran out of the room,” rescuers recalled. “She was in a hurry to get home where she will have her own private bedroom to stay in until she is ready to transition to the rest of the home,” they wrote. 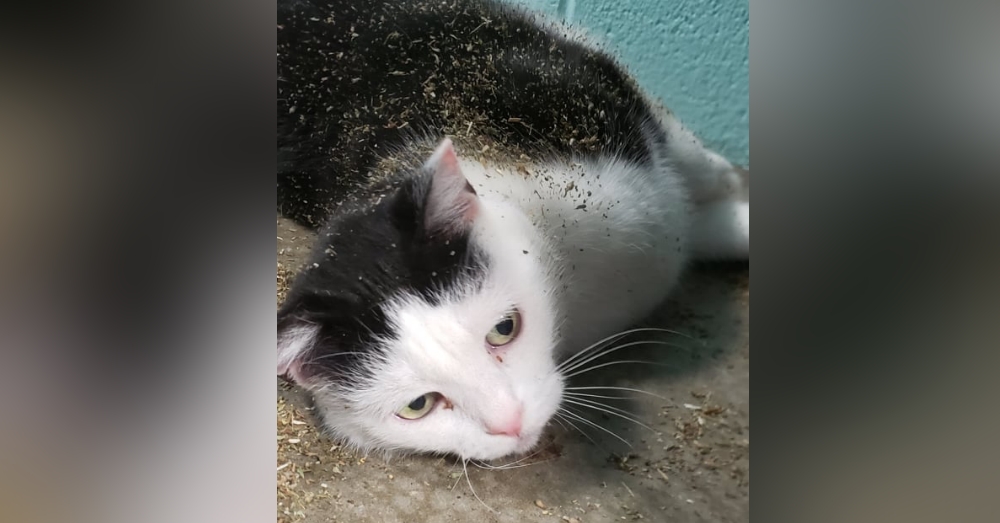 Despite her distinctly difficult behavior, staff found it unexpectedly difficult to say goodbye to this “sassy girl,” whose antics had become stuff of shelter legend.

“Perdita has officially taken over our office,” rescuers wrote in an earlier post. “She sits where she pleases and growls at anyone who may want their chair back. Yesterday we offered her a little catnip and she slapped the bag out of Brittany’s hand and got catnip all over her. Then she rolled in it and LOVED it. She also climbed in a box too small for her and waited patiently for someone to ship her to her new home. She would not listen when we said her new family was coming tomorrow to pick her up.” 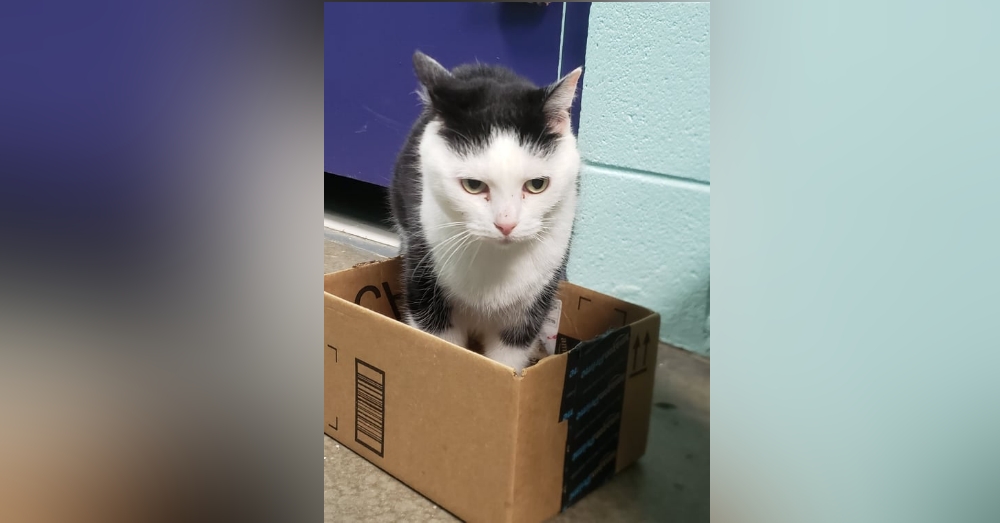 Even so, there’s little doubt that Joe and Betty new forever home. “We can’t wait for her to begin her journey,” rescuers wrote, but “we are going to miss this sassy girl.” Fortunately, they don’t really have to, because Noel/Perdita is now on Instagram! You can follow her misadventures in her new home right here!