A rescued dog named Augie made history when she celebrated her 20th birthday, making her the world’s oldest golden retriever. But this sweet girl, who lives in Oakland, Tennessee, with doting owners and three beloved golden retriever siblings, hasn’t always led such a charmed existence. According to Golden Hearts, it took 14 years for this very good girl to find her forever home. 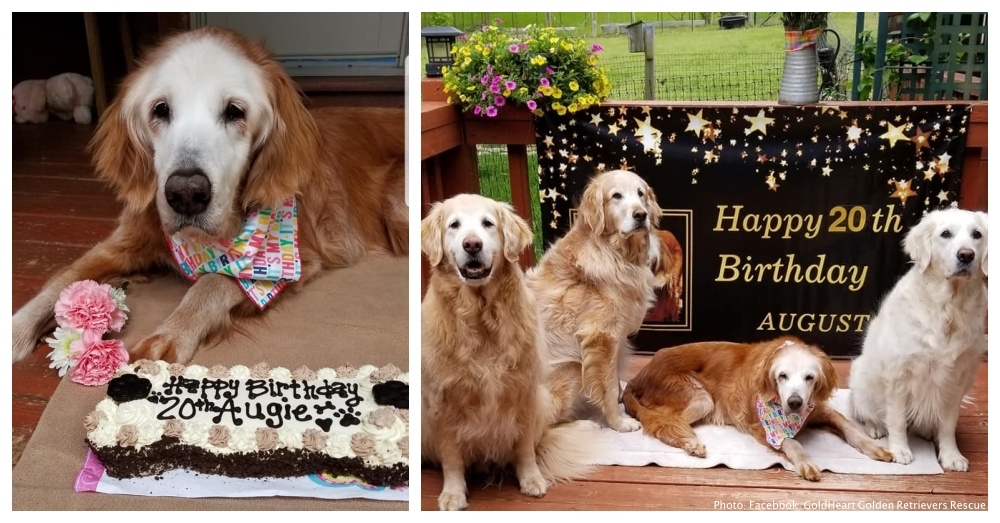 After being re-homed twice through no fault of her own, Augie (aka August) was finally adopted by Jennifer and Steve Hetterscheidt, a Tennessee couple determined to help this sweet gal live out her golden years in style.

The dog has since accompanied her parents on cross-country RV road trips, loves playing fetch in the pool, and still takes daily walks around her yard, although the elderly pup (who also takes kidney/joint supplements, special food, and a biweekly dose of hydration fluids) now requires a little extra time to get moving. 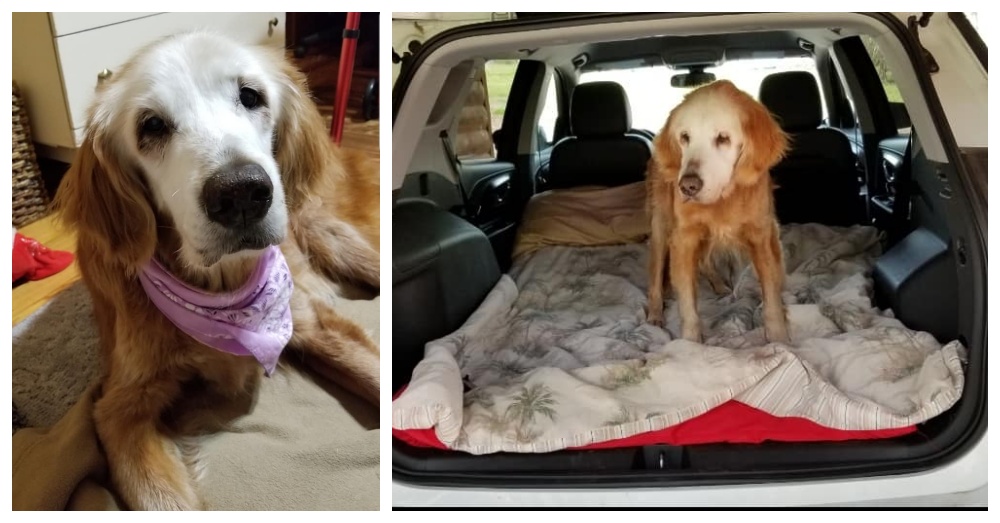 Augie’s owner reveal the senior dog is surprisingly healthy considering her age, which is pretty incredible considering that golden retrievers usually live just 10-12 years. But we also suspect it has something to do with Augie finally finding her forever home at age 14! Her new family has clearly done everything in their power to make this dog feel happy, healthy, and loved.

Regardless, Augie got to celebrate the big 2-0 with a dog-friendly carrot cake and the company of her beloved human/canine family. Happy Birthday, Augie! Many more to come!