Biologists once believed the Laysan albatross had a lifespan of 40 years, but one resilient female is proving them wrong.

Wisdom is the world’s oldest known wild bird who is believed to be 70 years old. What is even more impressive is the fact that she just hatched another chick on Midway Atoll National Wildlife Refuge.

The tiny island in the North Pacific is a primary nesting grounds for millions of albatrosses. The seabirds lay just one egg and then both the male and female will take turns incubating the egg. Once the chick is born both parents will spend months raising the chick before leaving the island. 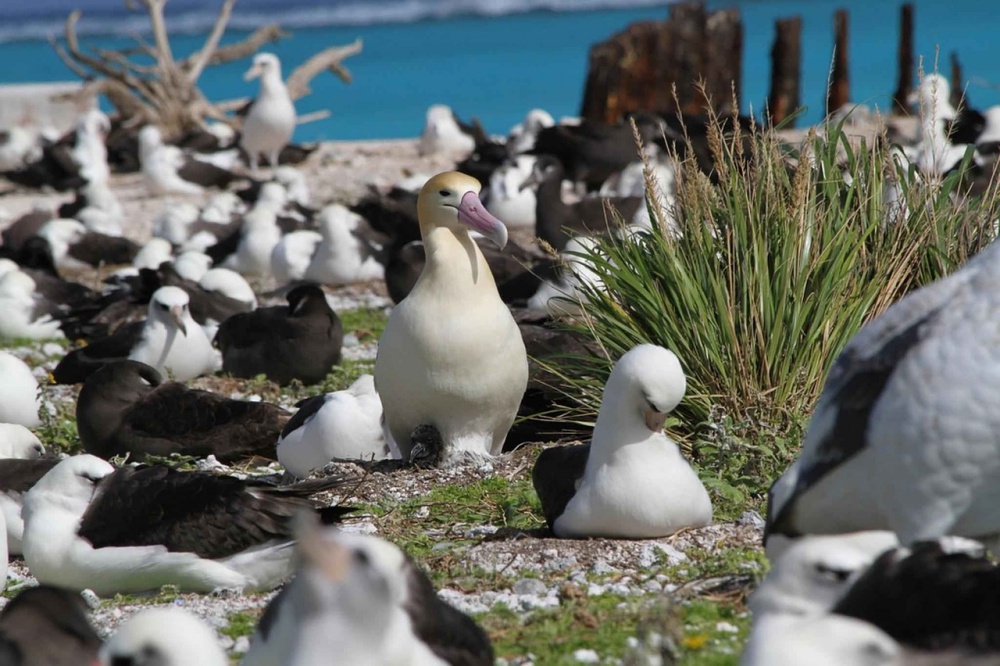 Albatrosses mate for life, unless they outlive their mate, like Wisdom has done. She is currently mating with Akeakamai and has been since at least 2012, when Akeakamai was tagged.

She has not only outlived her mate but also the biologists who first tagged her. In 1956, Chandler Robbins tagged her with a band and estimated she was five years old. He passed away in 2017 at the age of 98.

After decades of avoiding deadly hazards, biologists named her Wisdom. She somehow managed to evade “dangerous tsunamis and sharks, to name a few—on top of newer threats posed by humans, such as warming seas due to climate change, plastic pollution, and fishing lines, she was given the name Wisdom,” states National Geographic. 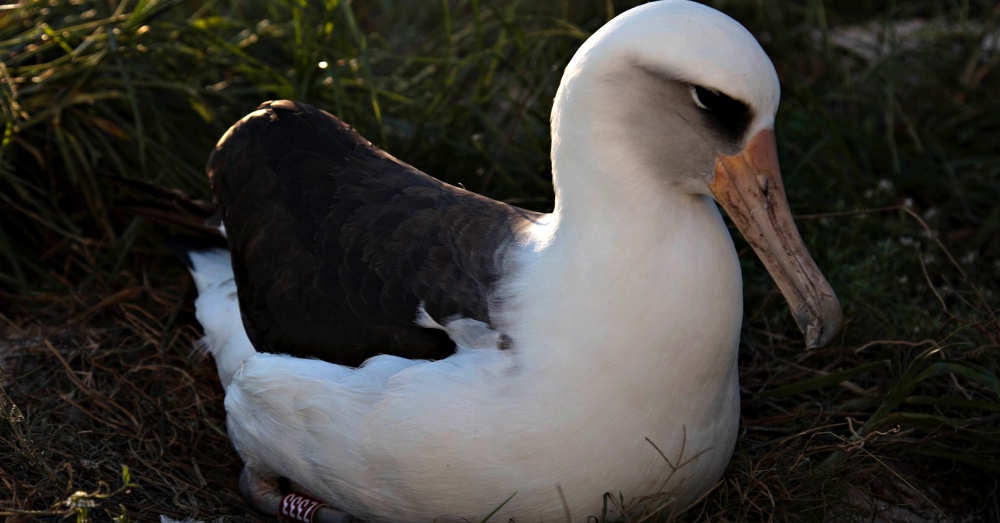 Wisdom lives on and continues to enlighten biologists. Every year, she returns to the island and the same nest site. However, due to her age biologists are uncertain if she will return the following year. They patiently wait and are thrilled when they spot her red ankle band that reads Z333.

U.S. Fish and Wildlife Service Pacific Islands posted, “She’s back! Wisdom, a mōlī (Laysan albatross) and the world’s oldest known, banded bird in the wild has returned to her home at Midway Atoll. More than that, she and her partner are taking turns incubating an egg!” 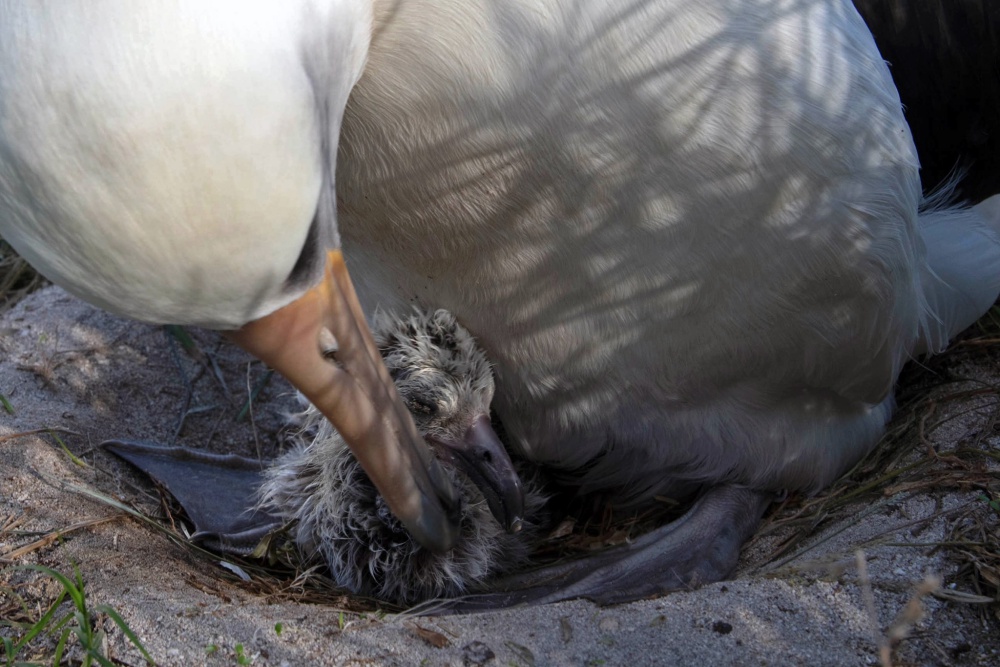 A trail camera was placed on the island to watch the nesting albatrosses, especially Wisdom. On February 1st, she hatched her estimated 39th chick and bird lovers around the world celebrated.

“Each year that Wisdom returns, we learn more about how long seabirds can live and raise chicks,” said U.S. Fish and Wildlife Service biologist Dr. Beth Flint. “Her return not only inspires bird lovers everywhere, but helps us better understand how we can protect these graceful seabirds and the habitat they need to survive into the future.”