A sweet yellow Labrador Retriever, now named Woodrow, was found a few months ago in Florida under a trailer. Animal control officers arrived at the scene and could not believe what they saw in the dog’s neck.

In a statement they said, “they noticed that a metal oval object with a chain hanging from it was embedded in the dog’s skin.” A local animal rescue, Alaqua Animal Refuge, immediately took Woodrow in to remove the hook and chains and to shower him with love. They posted Woodrow’s story on their Facebook page and asked people to help them find the person responsible for such a cruel act. 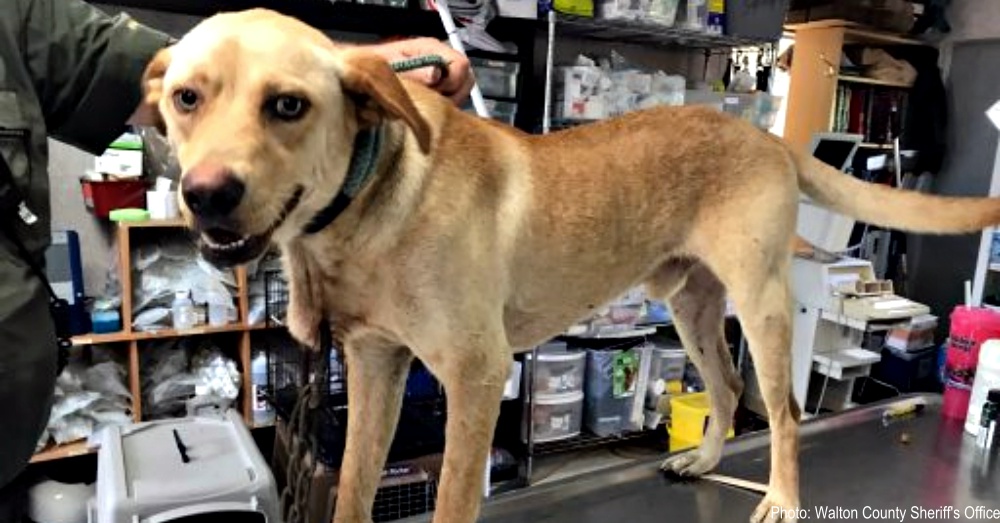 The Humane Society of The United States (HSUS) teamed up with Alaqua Animal Refuge to raise funds for a reward to find the monster who did this. Walton County Sheriff Michael Adkinson stated, “These injuries did not happen by accident.”

People were outraged by the cruel treatment and many offered to donate and help find the monster responsible. HSUS offered $5,000 reward and with the local rescue reward of over $4,000 – the total reward being offered is $9,750. Anyone with information can call the Walton County Sheriff’s Office at 850-892-8186, or place an anonymous call to the Emerald Coast Crime Stoppers at 850-863-TIPS. 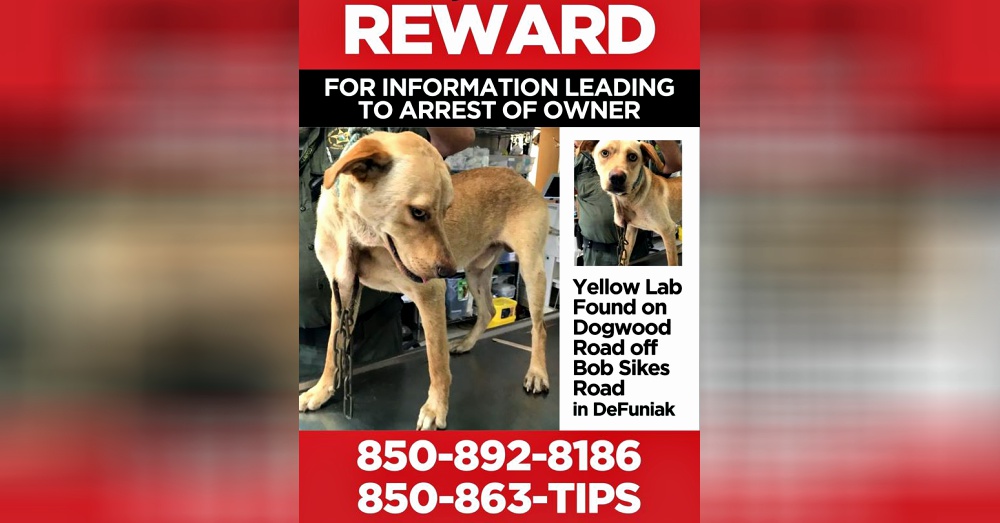 “This callous act led to the suffering of a dog and should not be tolerated” said Kate MacFall, Florida state director for the Humane Society of the United States. “We hope that anyone with information about this terrible crime will come forward.”

Alaqua Animal Refuge posted that the sweet pup was recovering well after the hook, typically used for hiking, and heavy chains were removed from his neck. The hook left a hole in his neck that they are treating. While the investigation is still ongoing, Woodrow is enjoying his time at the shelter with his new friends. He loves to play with balls and is looking forward to finding a forever home once he completely recovers.

“He is super sweet, and loves to play with balls. He is still in recovery but is healing nicely. We will keep you updated with some new photos of him. He is still on antibiotics but he is on his way to a great recovery. He is such a wonderful, smart, and loving animal.”

These Dogs Didn’t Make The Cut During Their TSA Training, But You May Be Able To Bring One Home: Click “Next” below!