The Rescue Of This Family Of Four Was Filled With Twists, Turns, And Shocking Surprises!

When Hope for Paws was told about a family of four dogs living in a steel yard, Eldad Hagar and Lisa Arturo went straight to the scene. Once there, workers at the steel yard led them to the pups’ favorite hiding spot, but they only found three of the pups there. In order to gain their trust, Lisa started feeding them and slowly luring them out into the open. Lisa seemed to have been making progress, but they were wary because they hadn’t spotted the pups’ mom.

Knowing that rescuing the puppies would be much easier after they had rescued their mom, Eldad and Lisa decided to wait and see if she would show. Thankfully, they didn’t have to wait long! The concerned momma decided to investigate what was going on with her pups and popped out of her hiding spot. After a surprisingly easy rescue, Eldad brought the momma to safety and the duo turned their efforts to the puppies. 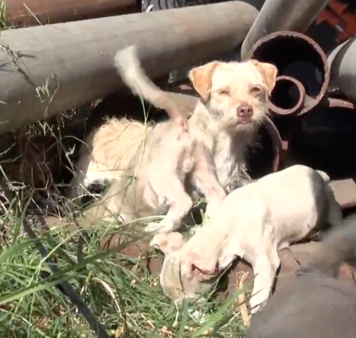 The puppies proved to be much more difficult than their momma. The adorable trio had never been touched by humans before and was, understandably, afraid of the foreign contact. The first pup was easily led into the leash, but when she realized she was about to be taken, she went kicking and screaming. The second pup was much easier to rescue. With a bit of food and some soothing words and touches from Lisa, the second pup welcomed his rescue. 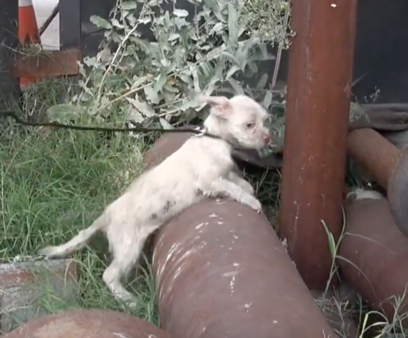 When it came time to rescuing the third pup, their luck had run out. He was not an easy pup to get a hold of. He was so frightened that he fled when Eldad and Lisa tried to approach him. He managed to wedge himself into a pile of wood that would make it nearly impossible for his rescuers to reach him. But that didn’t stop the rescue duo. With some maneuvering and some help from the nearby workers, Eldad was able to grab the last pup and bring him to safety. 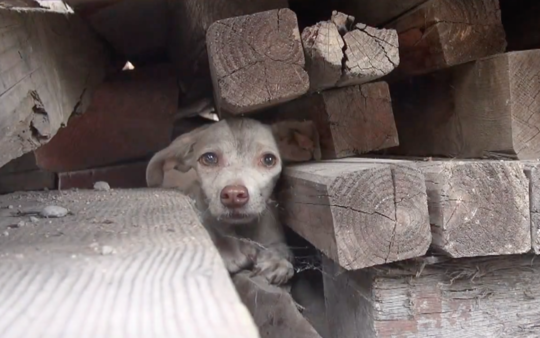 With the family of four tucked safely away in their truck, Eldad and Lisa headed off to the Hope for Paws hospital to get these cuties checked out. Once there, the rescue duo was in for a real shock! The pup that they had once assumed was the momma, was actually the daddy of the adorable puppy trio!

Eldad and Lisa aren’t sure where the mom is or if she was ever with the family to begin with. They let the steel workers know to keep an eye out for her. But in the meantime, they are giving this little family of four all the care and love they need, and giving this hard working daddy a well-deserved break! 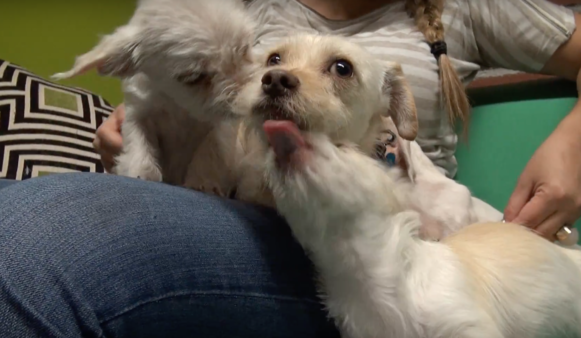