Brodie is a German shepherd/Border collie mix who is no different from any other dog. Despite having a rough start in life which led him to end up with a wonky face, this happy pup is getting a second chance at a lifelong forever home with people who love him.

As the New York Post reported, this sweet boy didn’t have an easy start in life – at just 13 days old, his mother bit him in the head, leaving him with several deformities, as well as partially blind in one eye.

His resulting injuries ended up stunting his development on one side of his face, leading to his “wonky” appearance as his new owners – 30-year-old Amanda Richter and her boyfriend, 23-year-old Brad Ames – explained to the South West News Service. 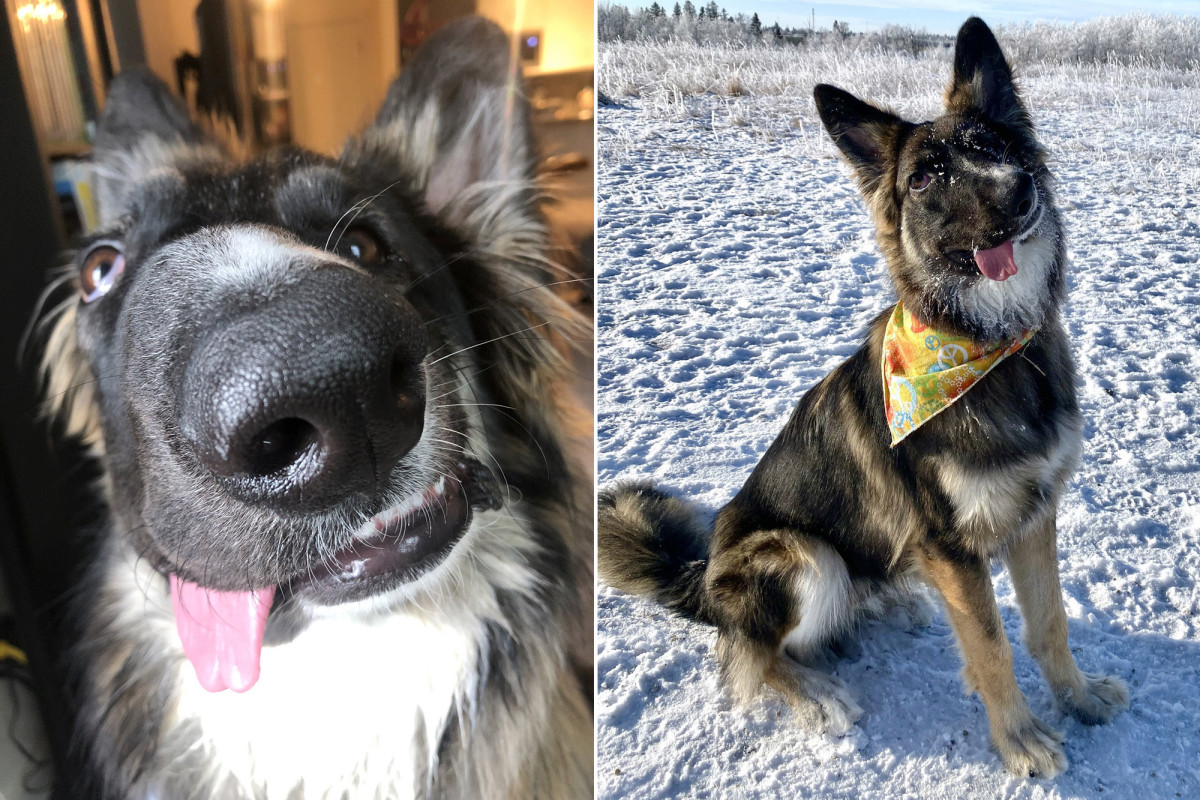 But his appearance didn’t stop him from receiving tons of adoption offers at the shelter where he’d been brought to by his first family.

After only five months, Brodie had been brought to the shelter by his initial family because they found him to be “too hyper.”

It wasn’t long after that, that Richter and Ames saw his photos online and decided to visit Brodie at Old MacDonald Kennels in Alberta, Canada. As Richter explained it just so happened that they “ended up bringing [Brodie] home the same day.”

She added, “We met him, took him for a walk and hung out with him for a few hours,” and said that it was “love at first sight.” 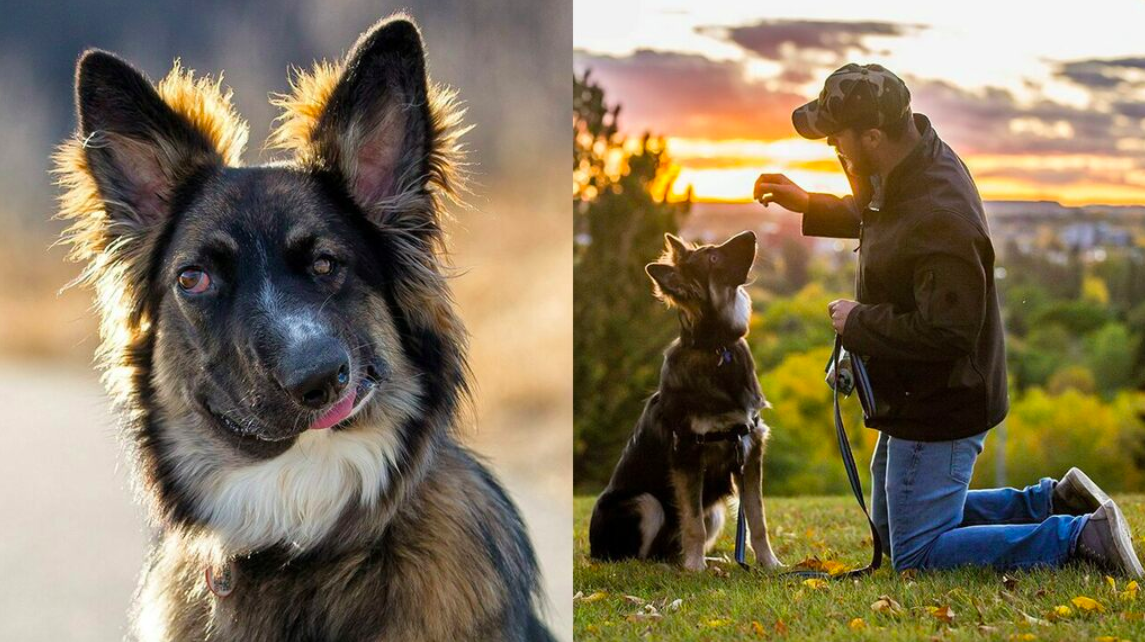 “His brain is perfectly fine and he learns tricks within 10 minutes usually, which tells me he is a smart boy,” she said.

She explained that all Brodie needed was “patience and someone to be consistent,” saying that Brodie continues to “get better every week.”

“He has no idea he looks different,” Richter said.

Richter told SWNS that both she and Ames have hopes for Brodie to be able to work as a therapy dog where he can use his differences to “help other people with disabilities.”