This Family Has Posed For The Same Picture For The Last 10 Years, And The Internet Loves It

It’s not unusual for parents to want to take pictures of their children. Eventually, memories are all we will have of those days gone by.

One family in Hong Kong has been capturing their daddy and daughter moments on film for the last 10 years, with a slight twist. 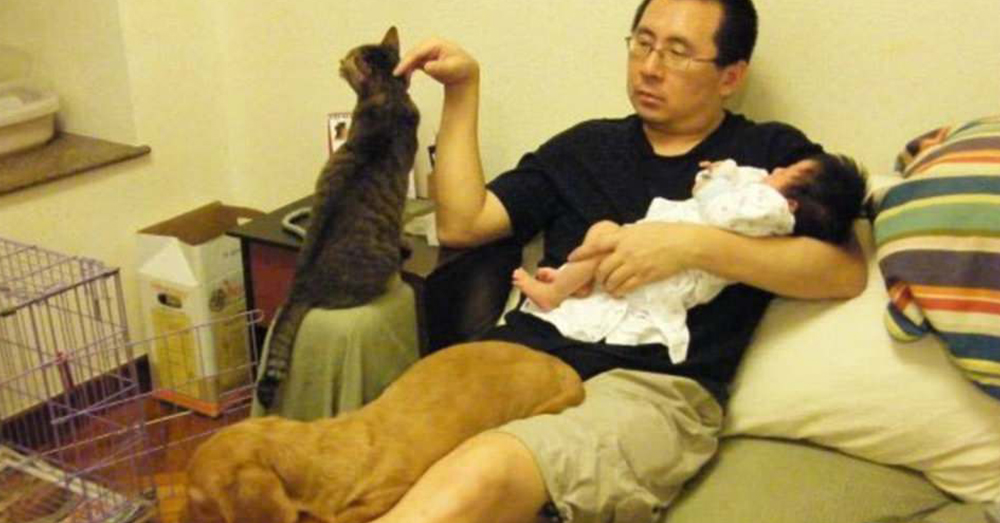 Source: YouTube/MSS Official
The photo that started it all.

Tiffany Wong and her father Wong Ting-man have been posing for the same photograph ever since she was a baby. Tiffany snuggled in her father’s left arm, the family dog on his legs, and the cat getting it’s head scratched by Mr. Wong’s right.

Tiffany’s mother has to take the pictures, of course. Before taking the first photo, she thought it was funny seeing her husband, who works as a documentary producer, so helpless on the couch. 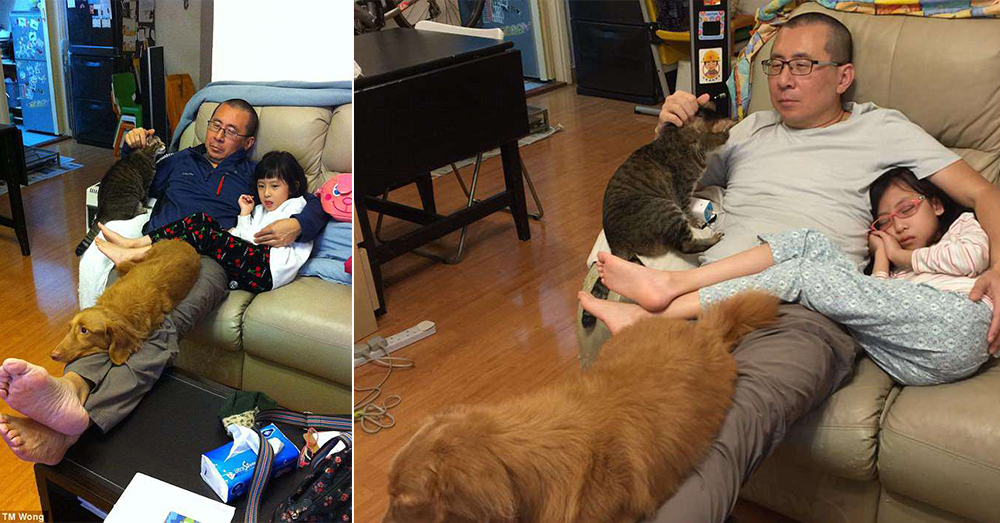 Source: YouTube/MSS Official
Tiffany has been growing over the years, while Mr. Wong remains roughly the same.

“I was very tired. I had probably just changed my daughter’s nappy, and was taking rest on the sofa. She was just sleeping by my side. And all of a sudden, my pets came up to the sofa and I couldn’t move an inch,’ Wong told the Daily Mail. 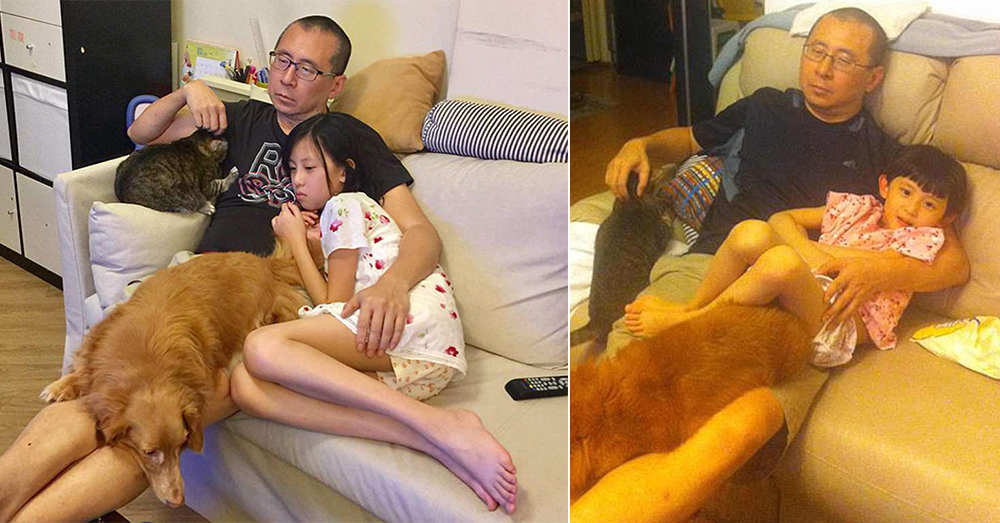 Source: YouTube/MSS Official
Some commenters on Weibo have noted, even the sofa is the same in each picture.

In 2012, 5-year-old Tiffany found the original photo and told her father she thought it was “cute.” She gathered the cat and dog, and climbed into her father’s arm to pose for another. And a yearly tradition was born.
Images of the Wongs are attracting a lot of attention on Weibo, a Chinese social networking platform. The images have landed more than 7 million views since first being posted.

As you can see, the animals are the same in each photo. Mr. Wong is proud of the good care he and his family give their pets, which were both rescued from shelters before Tiffany was born.

“We have at least two pets throughout my wife’s pregnancy and 10 years past, my daughter has never been admitted into hospital once,” he said.

In celebration of our feline friends, The Animal Rescue Site and GreaterGood have partnered with Fresh Step to provide litter for shelter cats and kittens. We need your help! Supporting cats in need has never been easier!

Firefighters Rescue Cat Dropped in Treetops by Hawks: Click “Next” below!