Piglet Jumped Off A Truck Headed For Slaughter. Then Passersby Slammed On Their Breaks To Save Her

Wombat the pig was packed on a stock truck with a bunch of other pigs, headed down a highway in Western Australia to a slaughterhouse.

Luckily, the four-month-old pig was able to squeeze through the slats and escape the truck. He rolled onto the road and grabbed the attention of people who were driving behind the truck. They immediately pulled over and were shocked when they saw that Wombat was still alive. 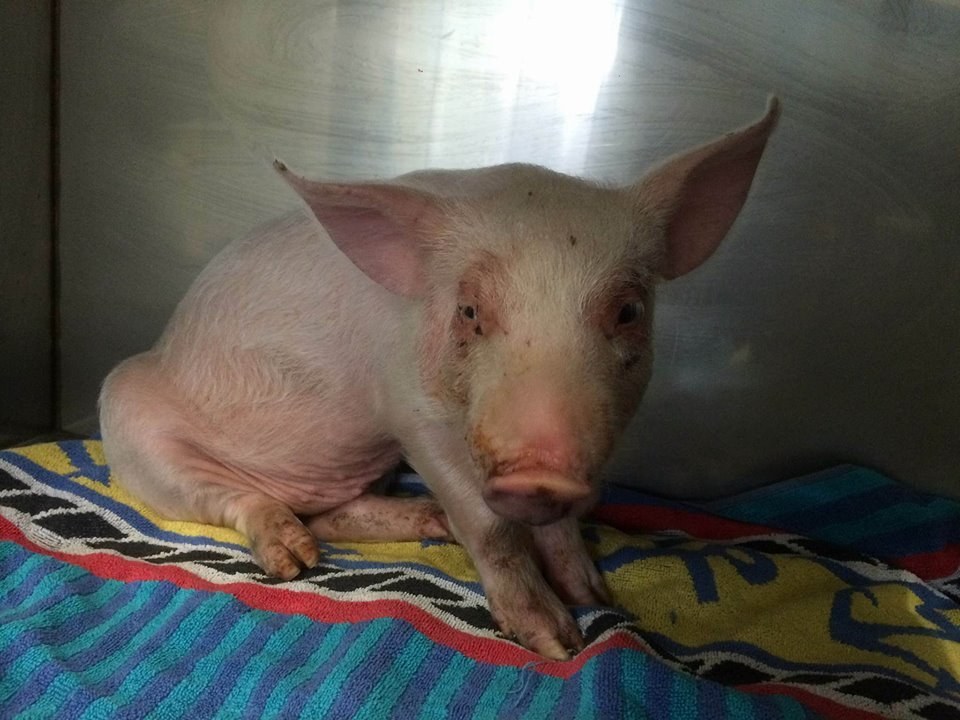 They brought her to Mandurah Wildlife Rescue, a vet hospital and rehabilitation center. The poor little pig had fractured her snout and eye socket, and had internal bleeding – still far less horrible than her original fate. 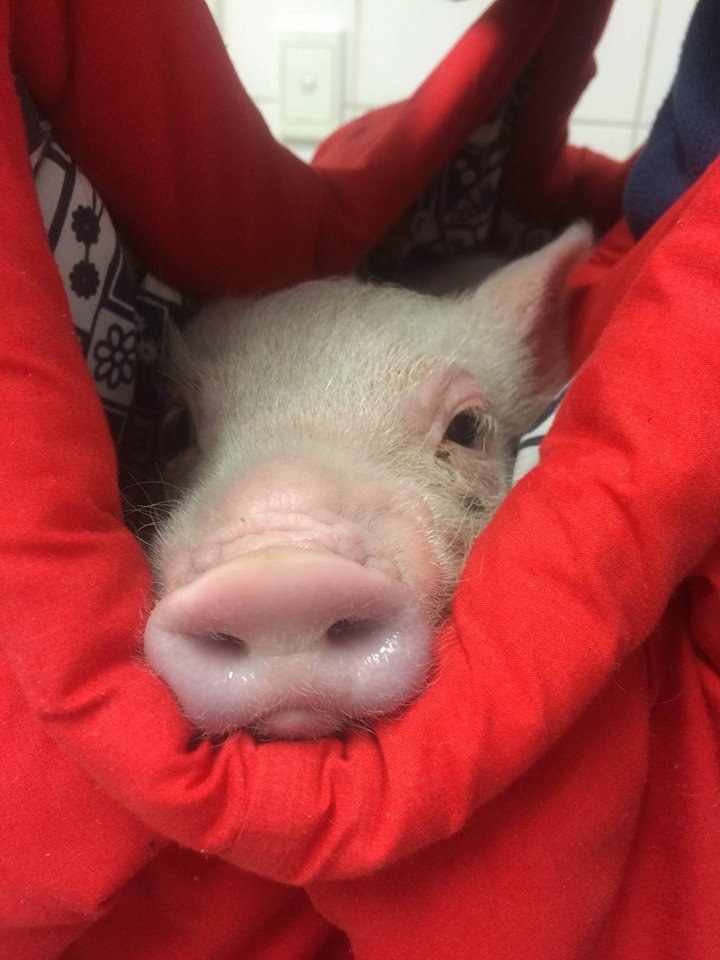 She was close to death her first night at the rescue center, but she miraculously pulled through. As time went on, she grew stronger and stronger. She also grew much bigger too! She went from a mere six pounds when she arrived, to a chunky 88 pounds by the time she moved to her forever home at Greener Pastures Sanctuary. 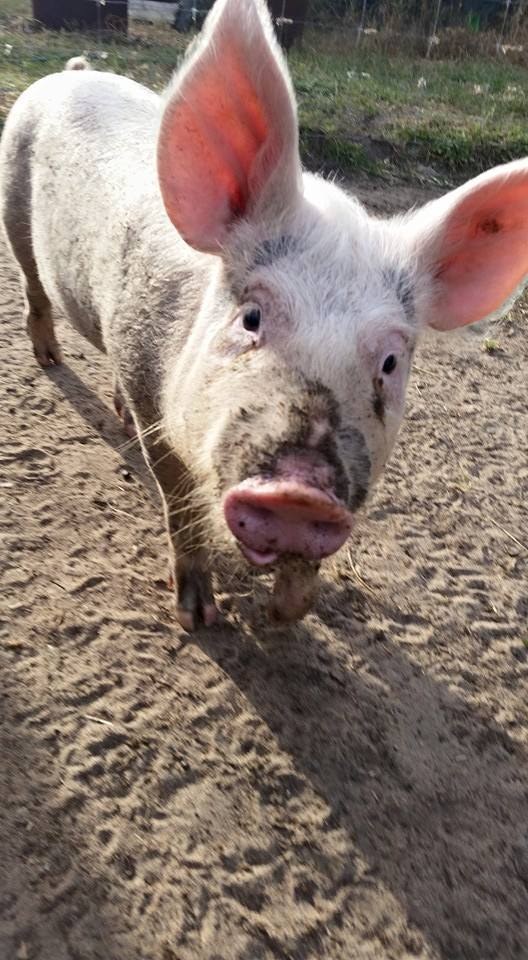 Her new family at Greener Pastures Sanctuary takes such great care of her and showers her with so much love. 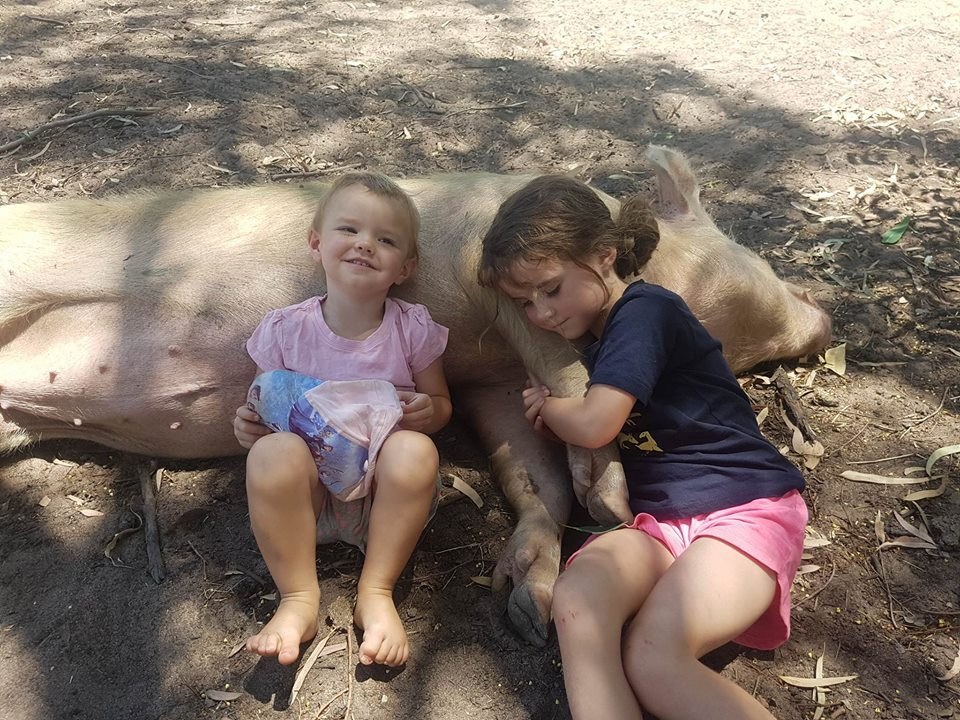