Anyone who has ever owned a pet knows that they are a big responsibility – you’re basically in charge of another life. Our pets need us for everything. And we are happy to take care of them since they are our whole world. Besides giving them the basics, we often like to spoil our fur babies as well. But when it comes to going the extra mile, one woman definitely did not hold back for her dogs. In fact, she created them the ultimate doggie day room!

On a post to Twitter, which was uploaded by her mother, it was quite clear just how much she loved her two Yorkshire Terriers, Ginger and Fergie. The woman put in a lot of work into transforming a spare room into the ultimate dog room.

As her mother, Diane, wrote on Twitter, “I was going to sneak upstairs to see how Kennedi’s redecorating of her game room/bonus room was coming along but Ginger and Fergie were standing guard at the top of the stairs.” 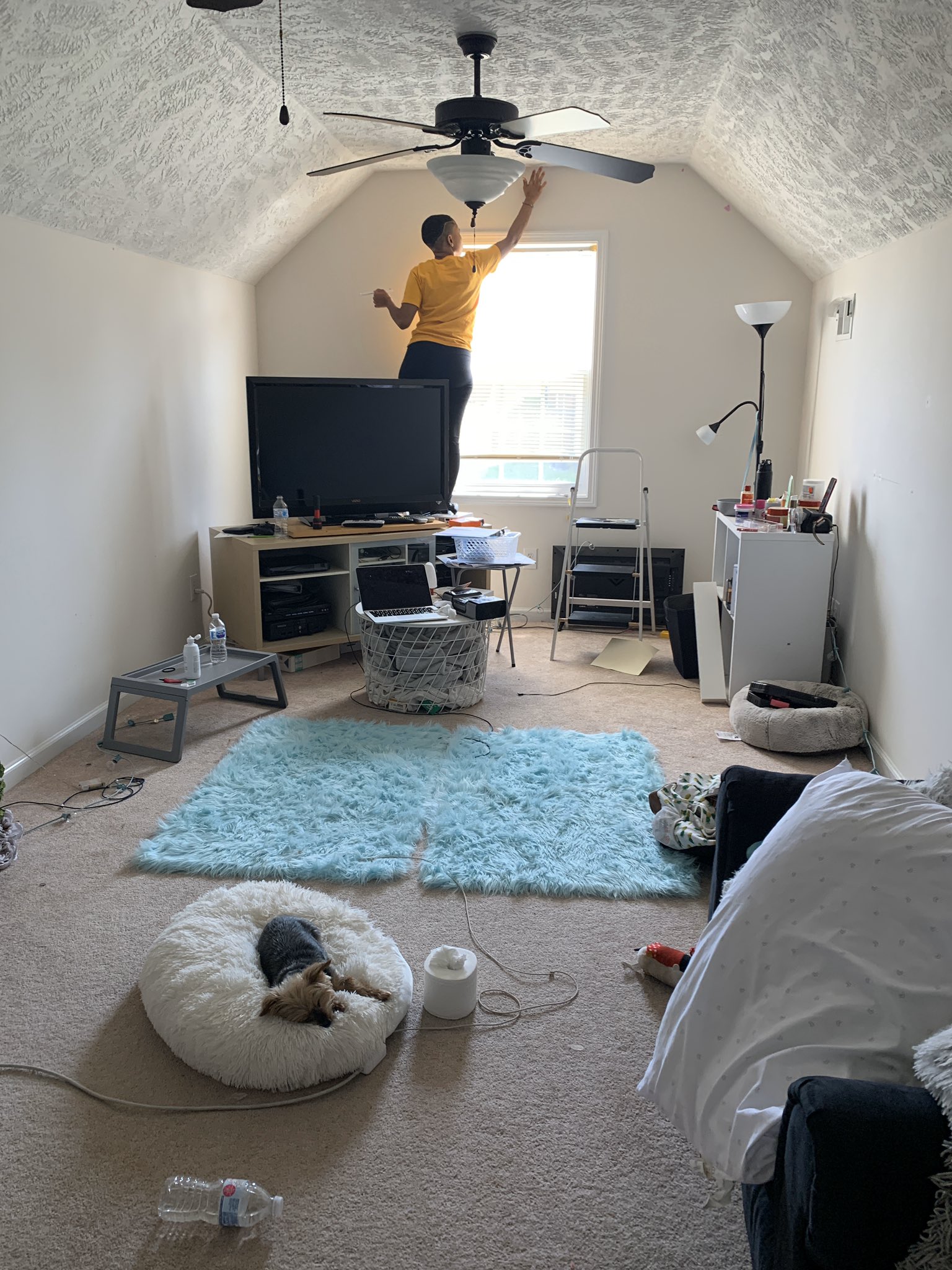 Diane went on to explain that when her daughter, Kennedi, decided to redecorate the room for her dogs, she hopped on board as well – adding a few creative twists of her own, like a window seat.

Diane proudly stated, “So I built one with storage and 2 built-in dog houses.” 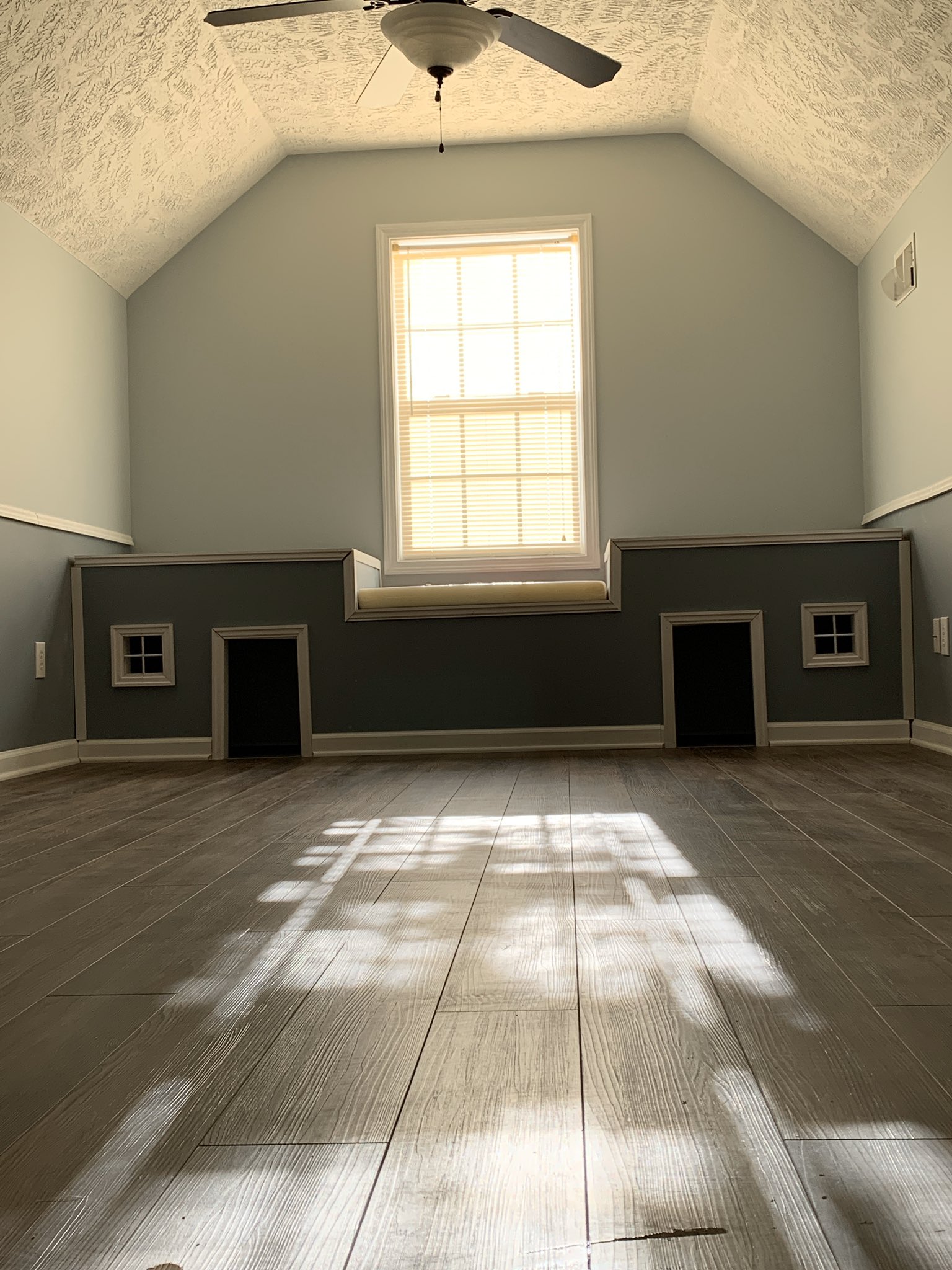 It was a brilliant addition that not only created a cute little window perch for the pups to lounge on but also doubled as extra storage.

Kennedi received a lot of help from Diane for most of the project as they worked together to create something special for Ginger and Fergie. 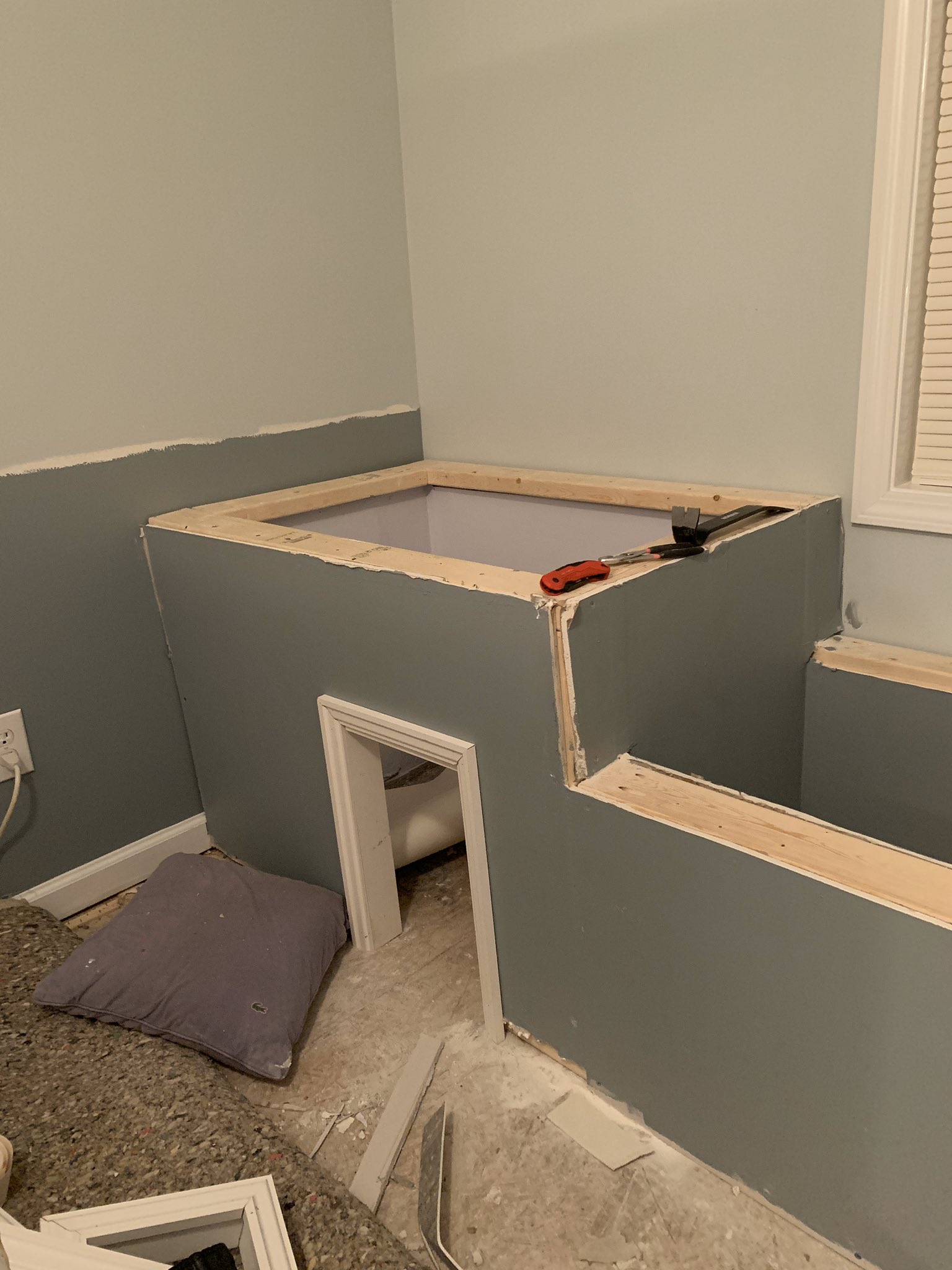 They had their fun along the way, with Diane sharing a sneaky photo of her daughter taking a break with the dogs, joking, “Kennedi helped a bit… Then she had to rest.”

Naturally, the dogs seemed to have a bit of an inkling as to what was happening. And the two pups seemed to be quite grateful as well – being even more affectionate with the women powering through the heavy construction. 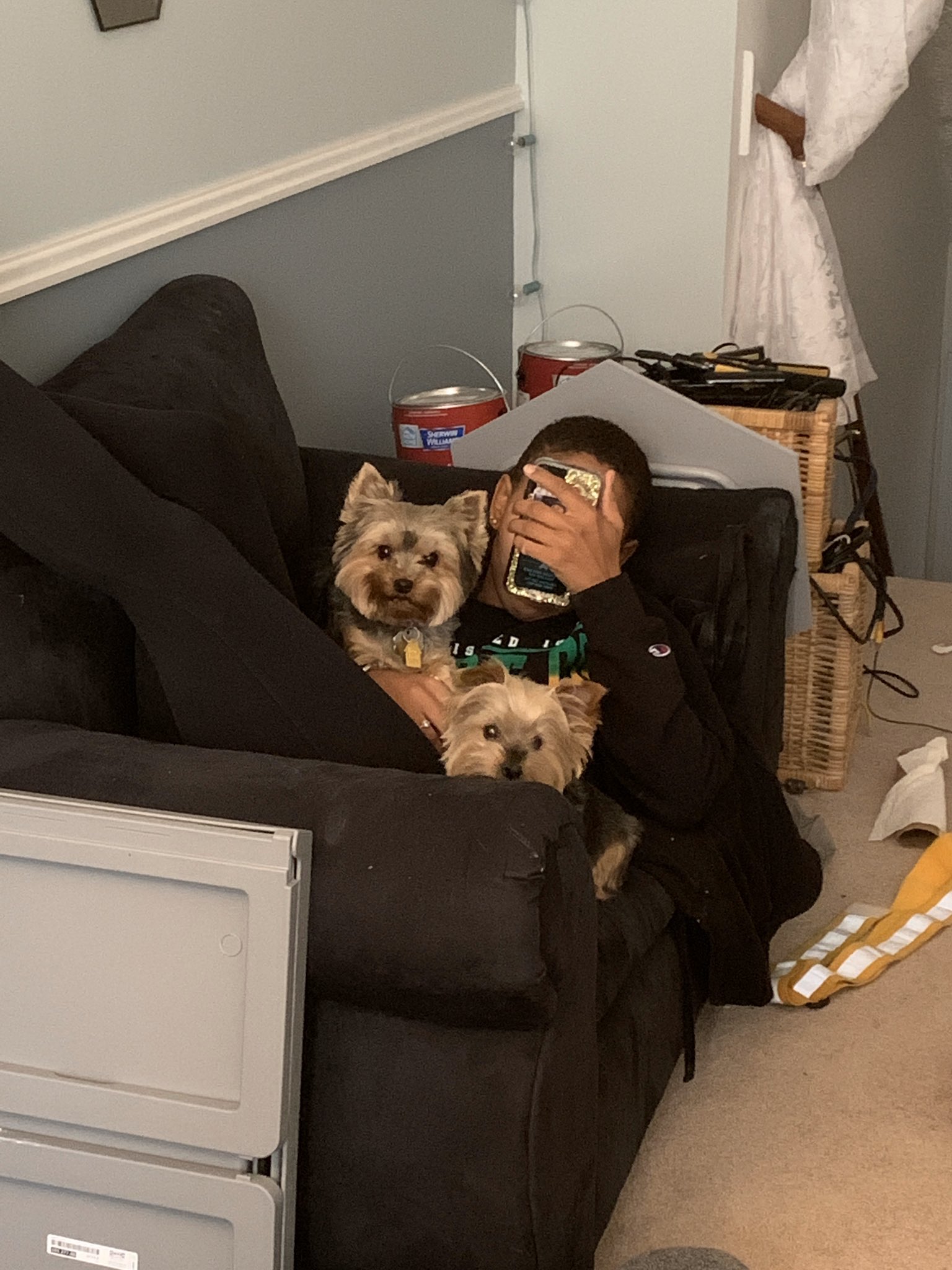 The entire project, from start to finish, took them about 15 days to complete. And they breezed through it pretty quickly as well, since on the 9th day the women were already done painting the walls and installing new floors. And by the 12th day, they had completely finished the construction of the space. All that was left from that point, was just minor changes and adjustments. They then were able to reveal the completed product on social media – and it was fantastic. They’d been keeping people up to date on the changes as they happened, but seeing the final, finished project was nothing short of incredible. 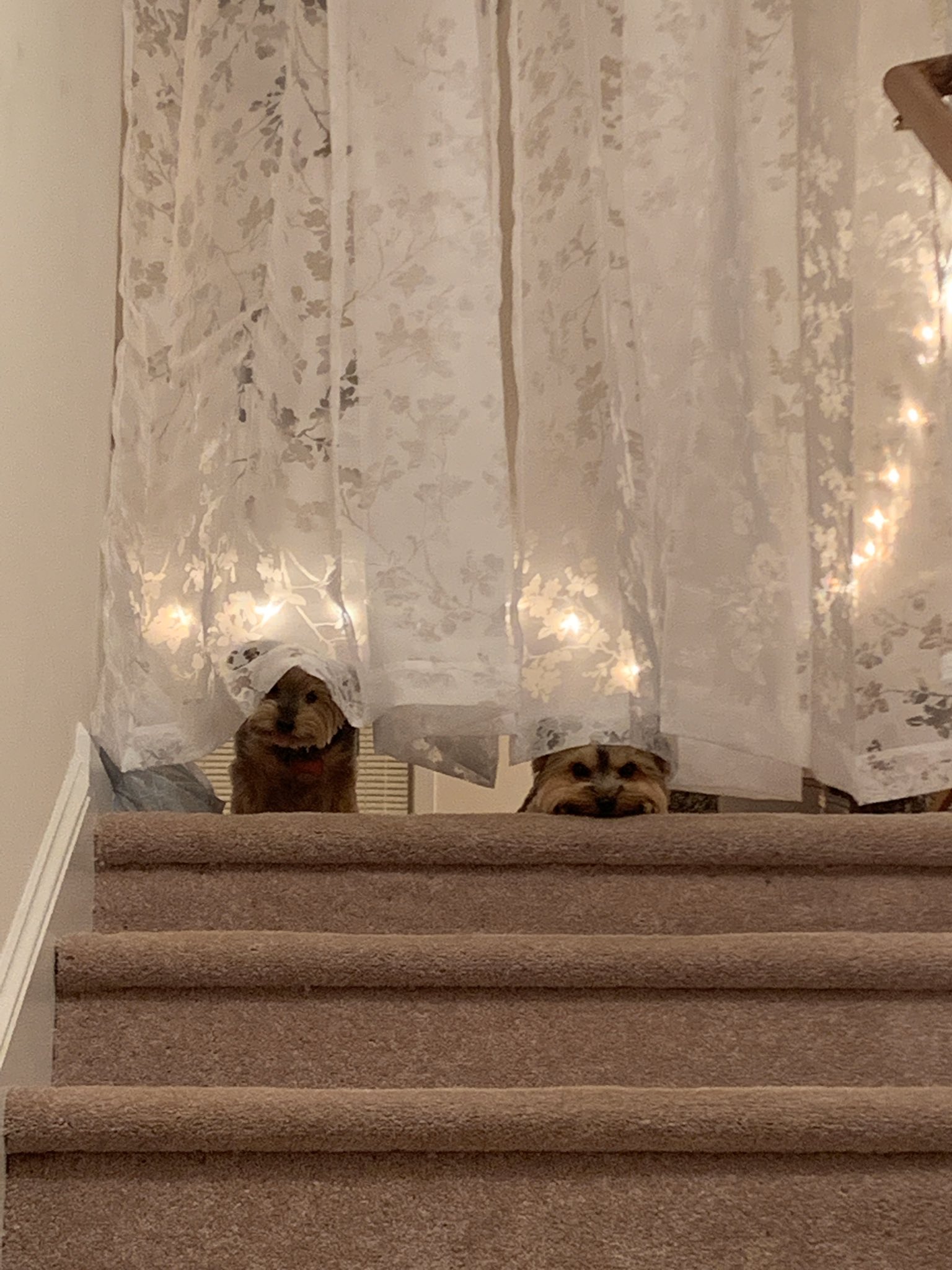 Ginger and Fergie are definitely two very lucky little pooches – their mama sure knows how to spoil them!