A bizarre encounter took an abusive turn in a LA when an unhinged woman threw a puppy at a young man, leaving the young canine crying out in pain.

According to the Daily Mail, Abel Goshu was minding his own business when a strange woman approached his car. “I was sitting in my car, parked. She popped up out nowhere,’ the 20-year-old rapper told the newspaper. “She was holding the dog and talking about some kind of political stuff, I don’t even know what she was saying.” 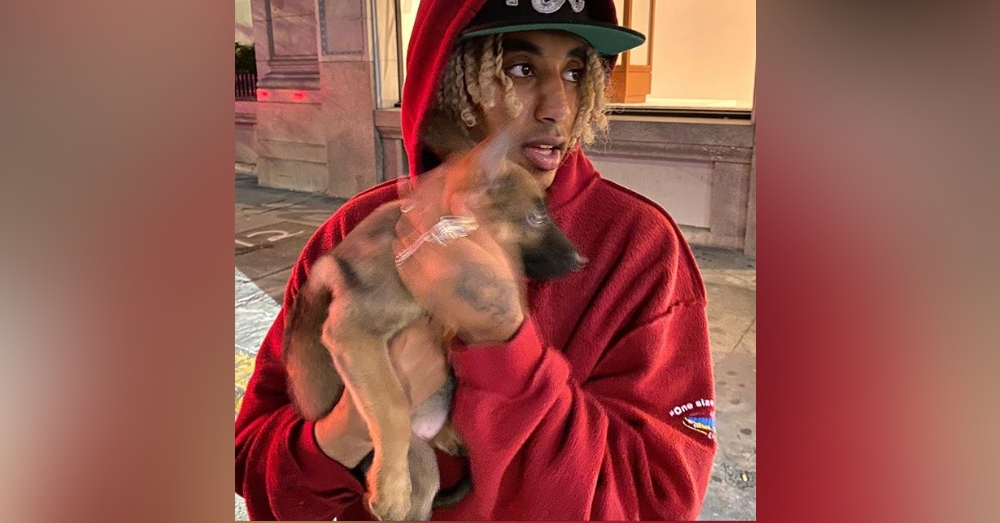 But when the woman began getting aggressive, Goshu decided to film the bizarre and unprovoked encounter. “She started hitting my car, so I started recording,” said Goshu, who later posted the clip to his Instagram page, where it quickly went viral. “Then she reached in through my window and tried to slap me.”

The rapper doesn’t know what triggered the woman’s aggression, but guesses it may have something to do with seeing Goshu, a black man, sitting in an expensive car. “She was definitely racist. Before I recorded she was talking about how I was black and in a Mercedes,” he told the newspaper.

Even so, Goshu said he felt sympathy for the woman – who was clearly mentally ill or on drugs — but worried about the puppy she clutched in her arms. The dog didn’t look happy or comfortable, leading him to wonder if the pup had been stolen. But when he asked if she was the dog’s owner, the woman threw the puppy at him and stormed off.

“I don’t know what to think,” Goshu told the paper, recalling that it was hard to know what to feel as this strange situation unfolded. “I felt bad for her but once she threw the dog then it got serious.” Regardless, the man rushed to help the injured puppy, who landed hard on the pavement and started crying out in pain. 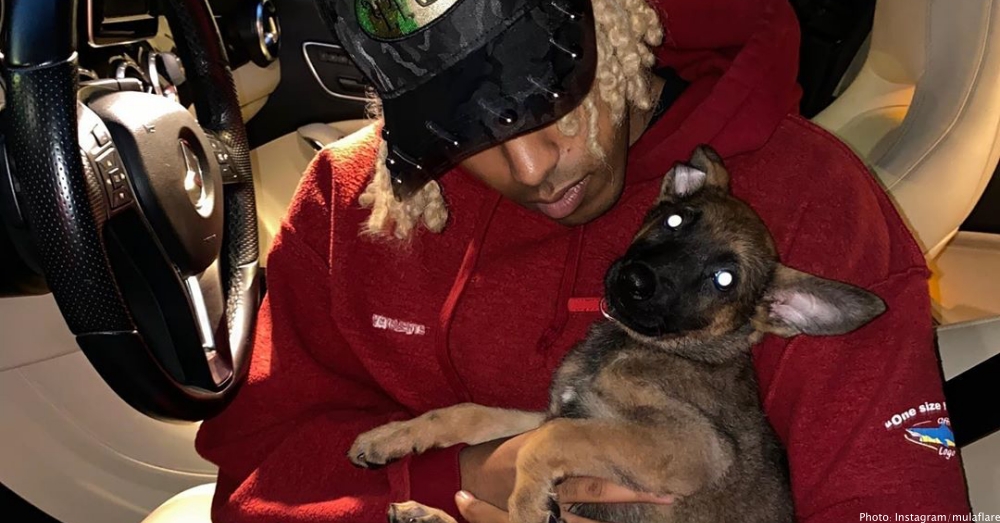 “The first thing I did was pick up the dog, make sure she was ok, and took her with me,” said the young man, who has since adopted the puppy and has started a GoFundMe page to pay for her medical care. “I named her Movie. It just fit because of the situation. It was unreal like something out of a movie,” the puppy’s rescuer said. “Her life is a lot better now – it’s kind of like a happy ending.”