On August 1, 2019, a 30-year-old woman in Longmont, Colorado is being accused of stealing a dog from a 59-year-old veteran that died after having a seizure outside a 7 Eleven.

“Early this morning just before 5 am, 8/1/19, Longmont Police responded to a call for service to investigate a motor vehicle theft involving suspect Melody Mellon, age 30. During their investigation, Ms. Mellon was also identified as the suspect in the missing Sampson (dog) investigation,” police wrote. 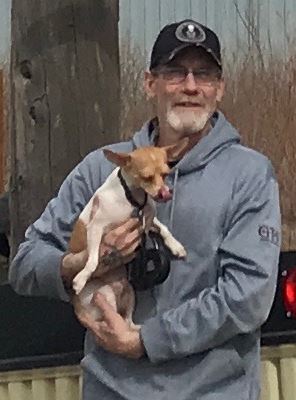 Robert Corbey had been feeling ill all day and decided to walk with his dog to the local convenient store. “While there, he fell, suffered a seizure, and was transported to the hospital. Unfortunately, he did not survive.”

When first responders were trying to revive him on the scene, Melody Mellon grabbed the dog and took off. 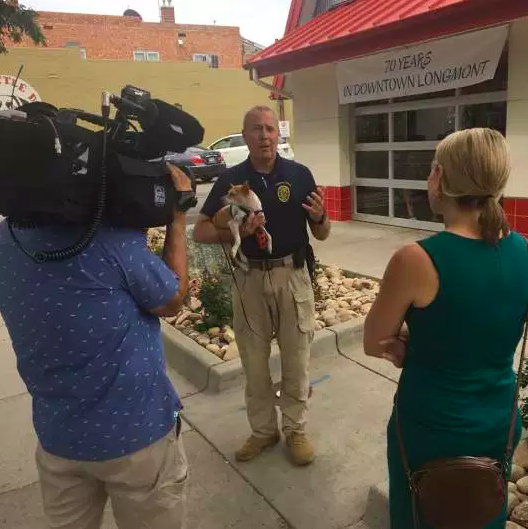 Police Chief Jeff Satur spotted the dog walking with a couple while out on patrol: They told him that a woman had given the animal to them. “He stood out,” Satur told CBS4. “I was like, ‘Oh, there he is!’ I recognized him right away.”

Kelly Pleffner told the television station that Sampson was Corbey’s certified therapy dog because he suffered from depression. “He was his light.” 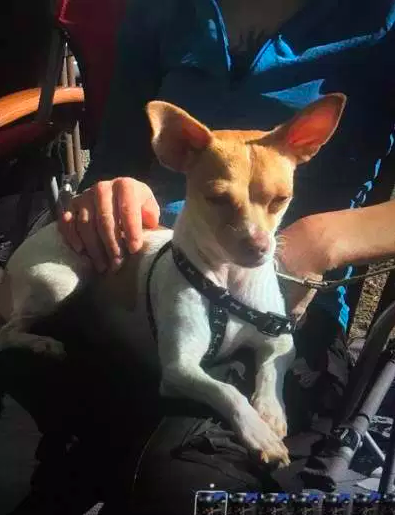 Thankfully, police have confirmed that the dog, Sampson or Sammy, has been reunited with his family during: “We understand this was an emotional reunion. But, kisses all around to the large group of family that came to pick Sampson (Sammy) up. He was thrilled to see them,” wrote police.

Police had written earlier: “A little while ago, Deputy Police Chief Satur was heading up Main Street and spotted what he believed was Sampson. He contacted the people with the dog, and sure enough, it was him. He will be reunited with his family shortly.”