Rachael Barraclough was waiting at a bus stop when she noticed something strange. What she believed to be a dead dog on the side of the road had caught her attention and made her want to find the owner.

Not knowing what else to do, she posted a plea on social media, asking for help to find the owner of the Dalmatian she believed had been run over by a car.

While her intention was well-meaning, after she posted it on her social media, it soon came out that she’d made a huge mistake. What she had seen as a “dead” dog was actually a very roughed up stuffed toy that happened to be the same size as a real-life Dalmatian – an easy mistake to make from across the road.

When Bekah Irving first woke up and checked her social media, she saw Rachel’s post pop up in her feed. Bekah realized that she was nearby the area, so the woman got up and hurried to get down to the road thinking that she would be able to help the dog somehow or at least identify its owner. It took her 25 minutes to get from her house to the road, but when she did, she was in for a shock.

Fully expecting to see a real dog, Bekah braced herself as she approached. But when she got closer, she was sent into a relieved bout of laughter when she realized that the “dead” dog was actually just a giant stuffed animal. But it was quite realistic, so she understood why Rachel would have mistaken it for the real deal from across the way.

Bekah, who lives in Heaton in Newcastle upon Tyne, was very relieved. She then also realized why it had seemed that nobody in the area had done anything about it.

It all made sense, there was no actual dog in danger. Bekah knew that there was a vet not too far away, so she had planned on getting the dog to the vet even if it was deceased in order to scan it for a microchip to track down the owners. But upon seeing that it was just a toy someone had lost, she could breathe a sigh of relief. 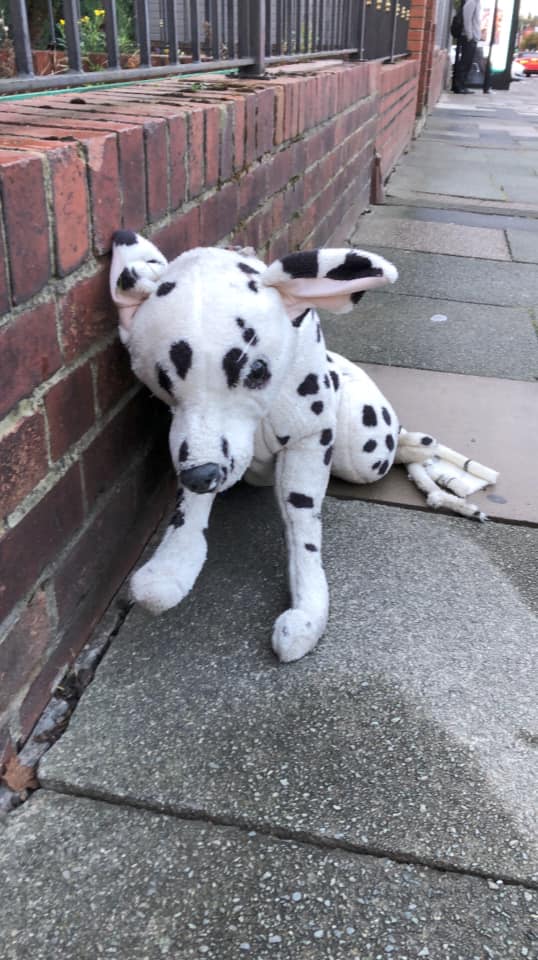 Bekah can see how Rachel made the mistake of thinking it was dead since the stuffed animal gave off the appearance of a deceased animal who had already undergone rigor mortis. Bekah also shared in her post comments that when she’d first happened upon the scene there were plenty of people who were casually walking and driving by it, something that had initially made her quite angry.

But that’s only because she hadn’t yet discovered what they had. When she finally figured out that it was a toy, Bekah made a social media post of her own. She felt compelled to share the hilarious side of such a previously serious social media appeal. Naturally, there were a lot of people who found the plot twist quite funny.

In her post, Bekah shared that she felt bad for Rachel since the woman must’ve been upset to see what she believed to be a dead animal on the side of the road. However, she also commended Rachel for initially sounding the alarm – something that Bekah admitted she would’ve done if the roles were reversed. As for Rachel, the funny story eventually made its way around to her. She also felt a great deal of relief from the humorous twist.

She followed up her initial post, sharing her own relief that the “dead” dog just turned out to be a rather realistic-looking stuffed Dalmatian toy.

She even decided to take it home with her and let it dry out to use for a project. 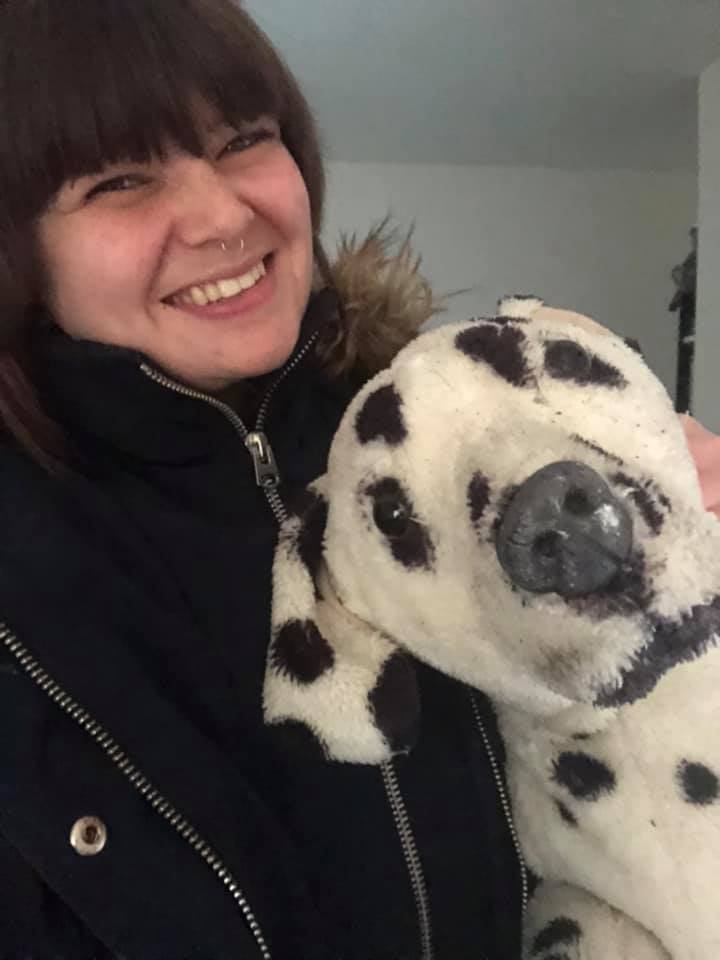 While Rachel might have made a mistake in identification, at least it’s nice to know that had it been the real thing she tried to do something. The same goes for Bekah who walked down to check it out. It’s a good thing that they were able to laugh about it later.