A Woman Saved An Injured Baby Crow And He Hasn’t Left Her Side Since!

At first glance, it appears as if this woman has a pet bird. However, Vikkie Kenward and Fagin the crow’s story is much more unusual than that. It all started when Kenward came across the baby crow who had fallen from his nest high in a tree. She noticed he was seriously injured, so she carefully brought him home with her. Just a reminder, animal experts recommend that you should only move a baby bird if you are for sure that it has been seriously injured or abandoned by its mother. 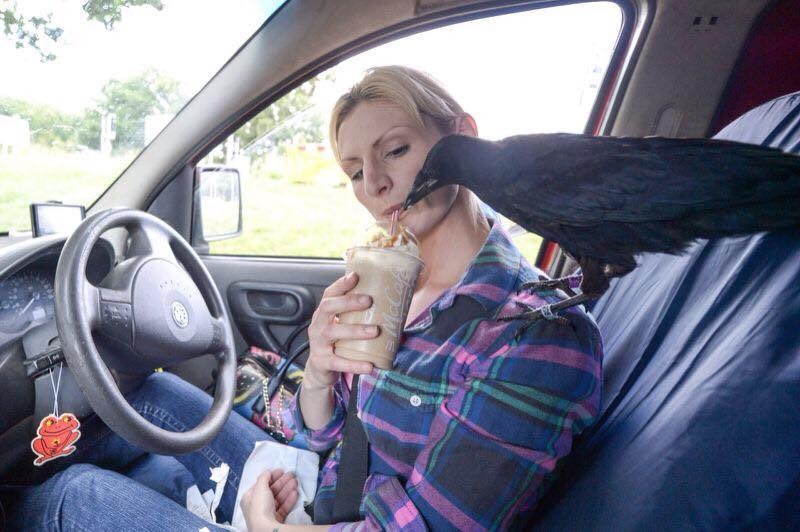 Kenward nursed Fagin back to health with care and a healthy diet of crickets and worms. Kenward figured the bird would fly away when it felt better. The crow was soon healed, but he didn’t seem ready to go anywhere. In fact, he chose to never leave Kenward’s side. Or, rather, her head. 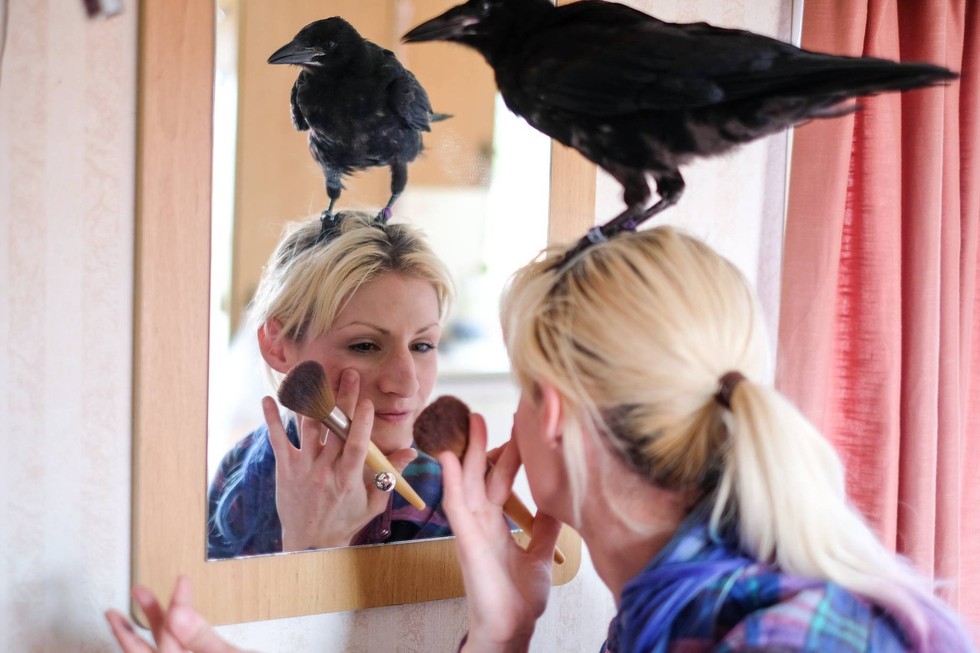 “He is free to fly and can leave whenever he wants,” Kenward, who lives in West Sussex, England, tells The Dodo. “However, he always comes home.” 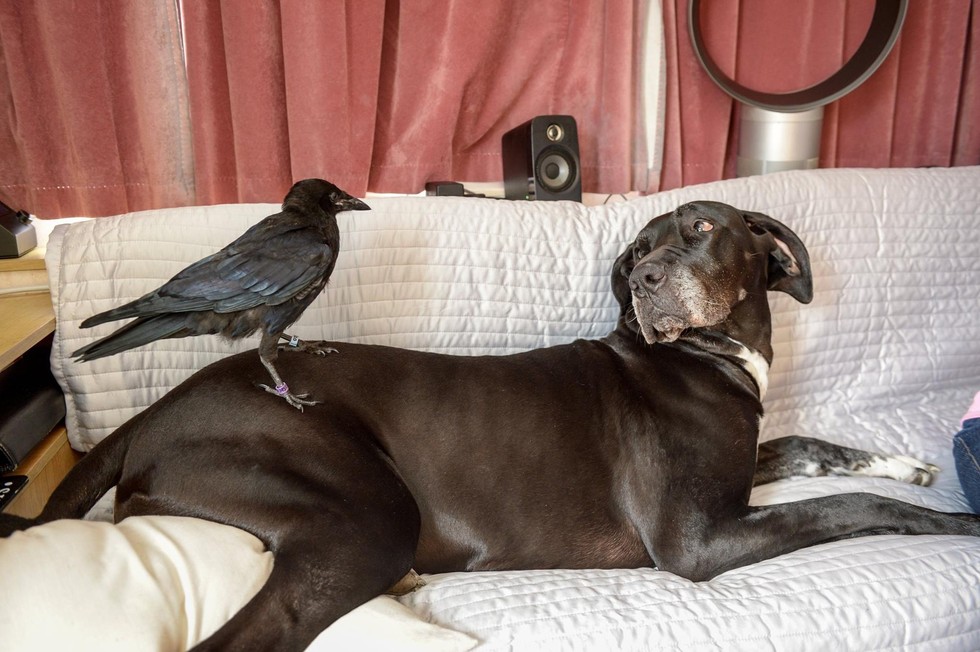 It almost seems as if Fagin doesn’t even realize he is a crow. He has become completely used to lounging around the house with Kenward’s dog. He even accompanies them on walks.

“When I walk my dog down the road, Fagin will usually walk with us,” Kenward says, “and will kinda bounce along if he starts to fall behind.”

“I think Fagin sees flying as a sport or does it to have fun,” Kenward says, “because he gets excited and while flying starts spinning, swooping and spiralling in the air — as if a fighter jet was hot on his heals.” 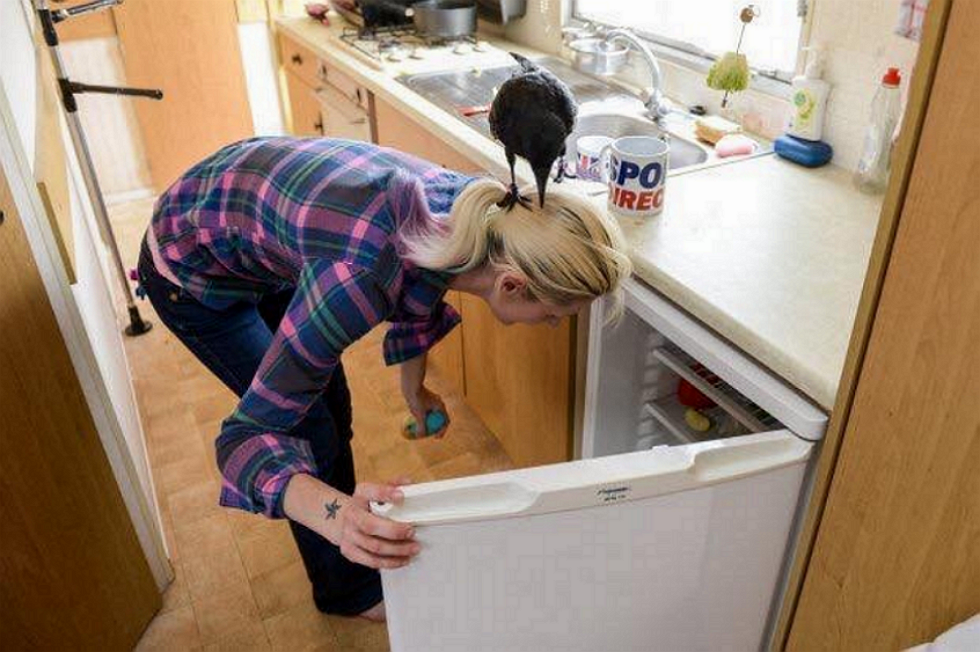 There are some pitfalls to having a crow around. For instance, Fagin doesn’t understand the concept of being house broken. Kenward is used to finding that the bird relieves himself wherever he feels like. 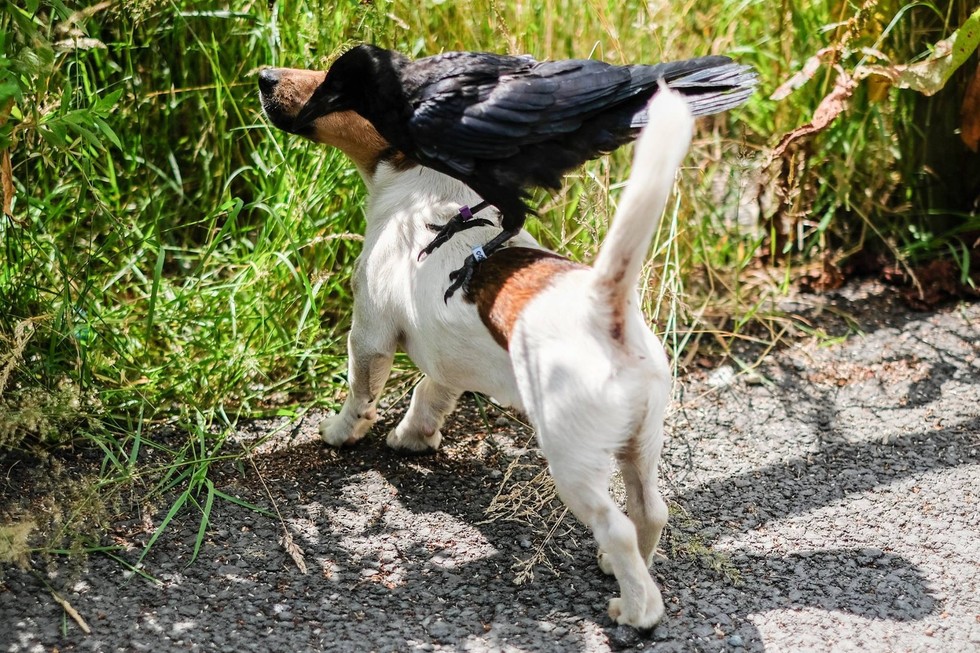 It seems as if Fagin wants to spend every day of the rest of his life showing Kenward how grateful he is. I mean, it isn’t like he can just say “thank you.” Or can he? Kenward jokes that the bird is trying to learn how to speak.

“It sounds so funny, and I’ve never heard a crow make a noise even slightly similar,” she says.