A Washington D.C. woman spent every waking hour searching for her beloved senior cat after her rental car was stolen with her cat inside. She never gave up hope, and a week later a miracle occurred.

Jennifer Carl was returning home to Washington D.C. from New Jersey after visiting her mother when she stopped at a gas station to use the restroom. She left her rental car running because her cat, Willow, was inside and thought she locked the door, but the door didn’t lock.

She came out to find her rental car was gone and so was Willow. Her phone, computer, and coat were all in the car as well, but all she cared about was getting Willow back.

The 19-pound tortie has been by Jennifer’s side ever since she found her 11 years ago stuck in a tree across the street from her childhood home. 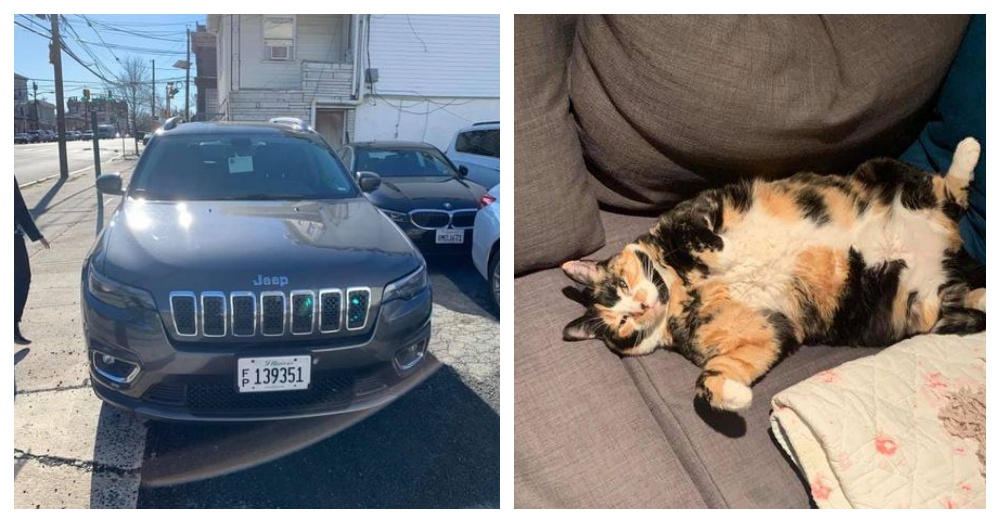 The rental car was found abandoned in Newark, NJ, five days later. Some of Jennifer’s things were tossed on the lawn of a nearby home, including Willow’s bright pink carrier, but she was not inside.

She posted the update to social media and countless people came forward to help search for Willow. Jennifer knew she was still alive and wouldn’t give up until she found her.

A week after she went missing, Willow was spotted in the backyard of a home on the same street the abandoned car was found.

A group of “TNR ladies” met up with Jennifer to search the area and set a trap to hopefully catch the frightened feline. Willow was spotted hiding under a bush but ran to the backyard when rescuers tried to approach.

Jennifer slowly made her way towards Willow hoping she would recognize it was her.

Willow started to purr but took a few minutes to really feel safe and come out of her hiding spot. Jennifer lured her with her favorite food, salmon and tuna, and was elated when she had her in her arms again. 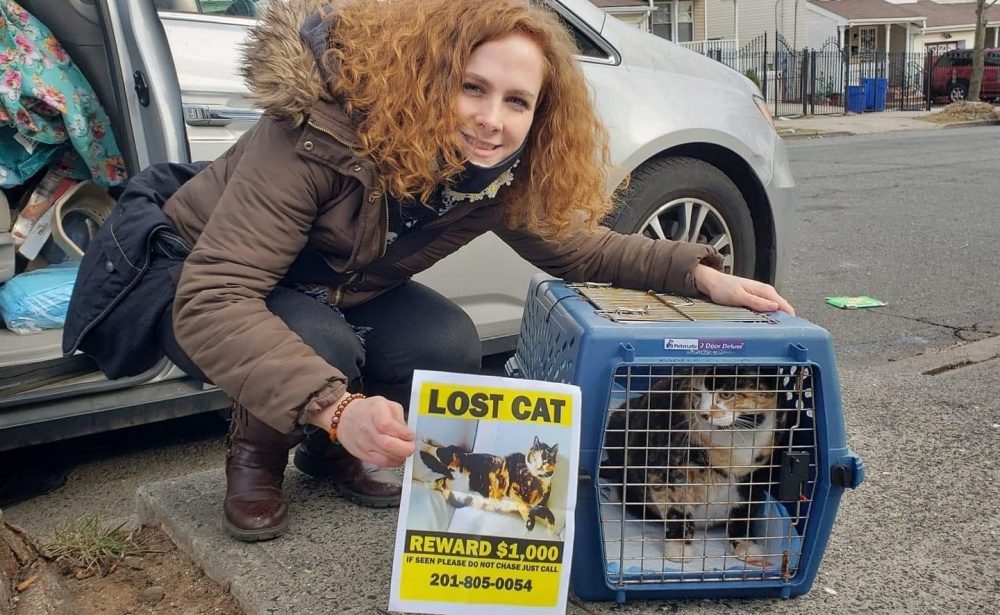 One of the woman who helped find and rescue Willow, Barbara Carney, posted the great news and said, “Of course in the end we all pretty much cried and jumped for joy because we were so happy and relieved that Willow was safe at that point and that Jenn finally had her kitty back…”

Willow is back home in D.C. with her mom and doing well.

“Thanks to the help of literally tens of thousands of people – friends and strangers alike – I found her again, sitting under a tree in Newark, waiting for me. I really can’t thank you all enough for everything you’ve done to help bring her back to me,” Jennifer posted.