Greece has millions of stray dogs who roam the streets looking for food and a warm place to sleep, so a black and white puppy seized an opportunity to be rescued.

Valia Orfanidou, who happens to foster and rescue dogs, was driving down a rural road when she spotted a puppy running behind her car. She stopped and spent the next ten minutes playing hide-and-seek with the cautious pup. 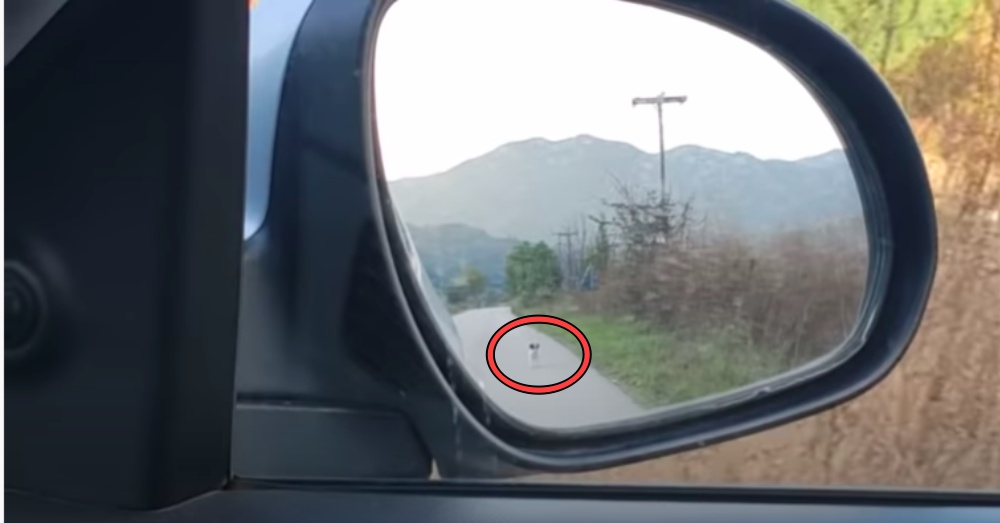 Numerous cars drove by and didn’t stop to help, but Orfanidou refused to give up on the “innocent ball of fur”.

The puppy hid under the car next to the wheel as if saying, ‘You’re not leaving without me.’ 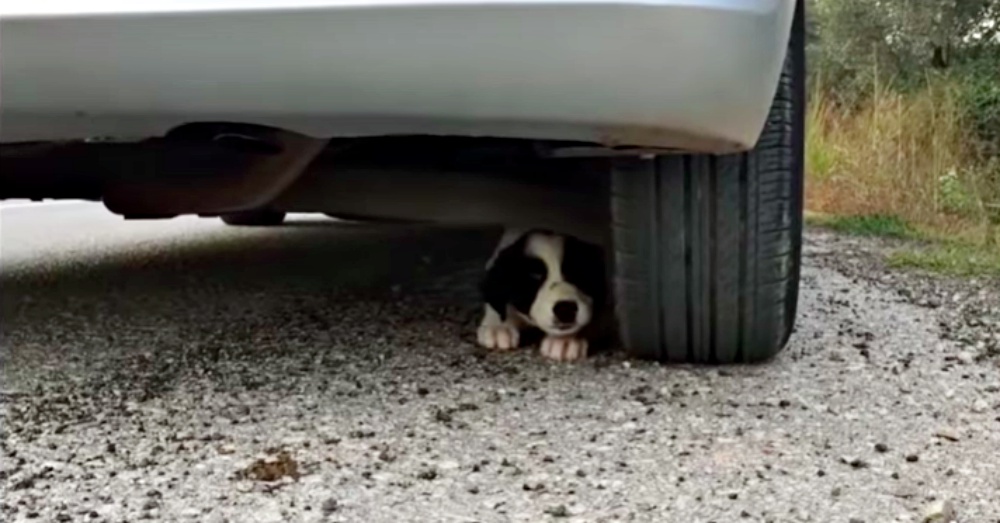 Orfanidou was finally able to grab the puppy and placed him the backseat of her car. He instantly started to wag his tail because he knew he was finally safe.

The two-month-old puppy was brought to the vet to be examined and received his first round of vaccinations. Despite a rough start on the streets, he is happy and healthy. 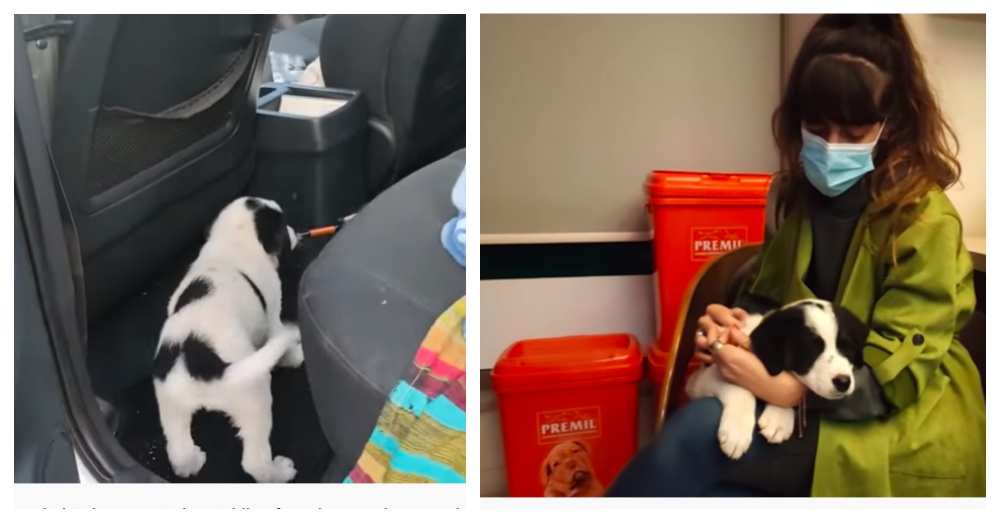 Orfanidou shared the amazing rescue story on social media under The Orphan Pet. She named the little guy Bandit and said his tactic was a, “Pretty clever move, actually. He basically rescued himself.”

Bandit now spends his days playing, eating, sleeping, and playing some more at his foster home in the countryside. “He sleeps as if the world is at peace, but when he’s awake – he’s very awake,” said Orfanidou.

The energetic puppy is eager to learn and Orfanidou want to show him everything, but at the same time preserve his innocence. 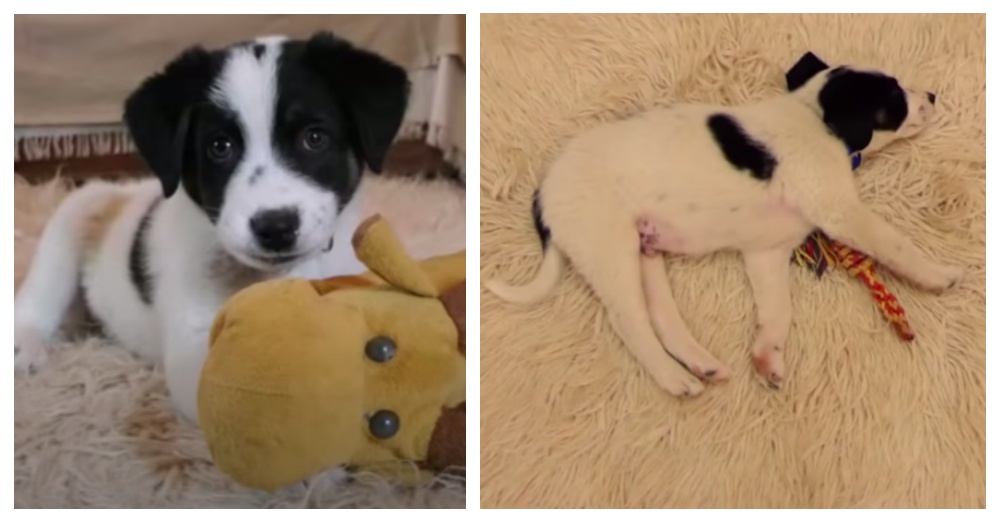 This is the first puppy she has fostered and she describes Bandit’s innocence as, “Oh God, this innocence. I feel like I want to consume as much of it as I can, to learn from it even.”

While she has already fallen in love with him and wants to do her best to protect him from the “big bad world”, she hopes to find a loving family who will adopt him. That way she can help another stray dog in need.

“I am a rescuer, I do not keep the dogs I rescue. Yes I love him, but no he is not here to stay,” she wrote and said anyone interested in adopting him should reach out to her by email at support@theorphanpet.com. 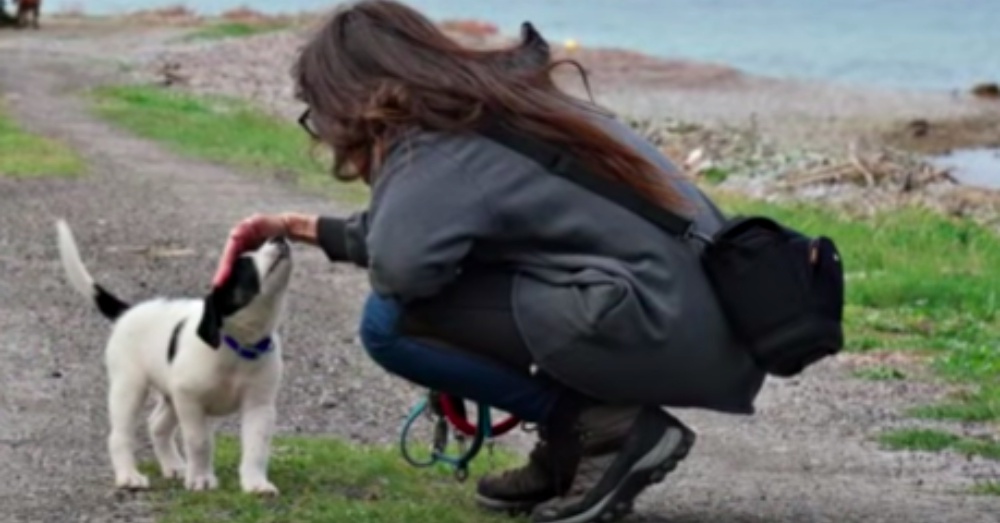 He will be rehomed through Second Chance Animal Rescue Society, a rescue Orfanidou volunteers at.

Over 20k people have watched the touching rescue video and thanked Orfanidou for all she does for stray dogs. “Valia, your words and photography are beautiful. Wish we could clone the love you have for animals into everyone in the world,” wrote one fan.

Another said, “Bandit is the consummate picture of love and innocence. God bless you Valia for saving his life. The world will now be a better place.”

Watch the rescue for yourself in the video below and I guarantee you’ll be moved by Orfanidou’s words.