Newborn fawns spend most of their time hiding and only come out to nurse. People that stumble upon a hiding fawn are advised to leave it alone because the mother is usually nearby. But that wasn’t the case for a day-old baby deer in North Carolina.

Amber Starr Westphal was out for a hike when a baby deer came running out of the woods whining. It ran straight up to her and immediately started to suck on her leg. Amber shocked and in awe said, “Where’s your mommy?” 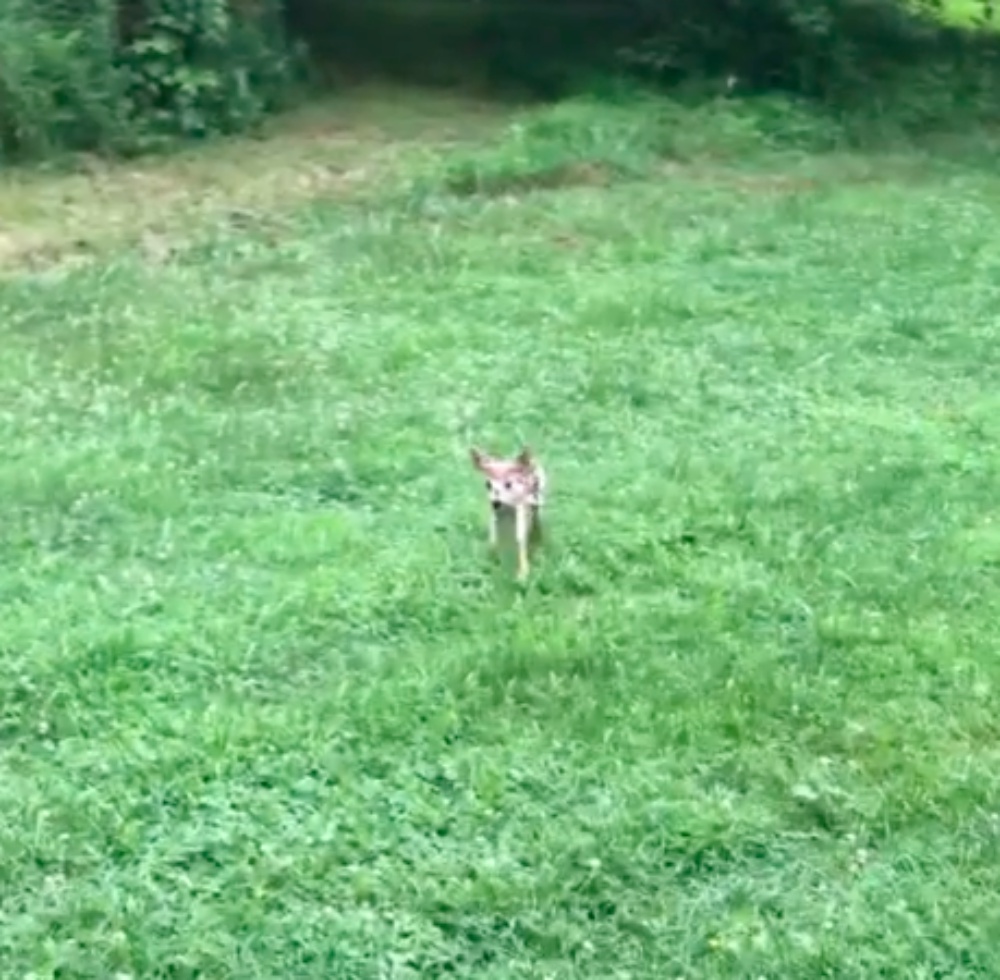 The little piebald fawn was starving and kept trying to nurse on her leg. “I don’t have anything. Where’s your mom?” Amber continued to look around for the fawn’s mom as the baby was clearly hungry and needed to eat.

She wanted to help the little guy but was hopeful that the mother was nearby. She spent some time in the area and when the baby didn’t reappear she hoped that he had found his mom. 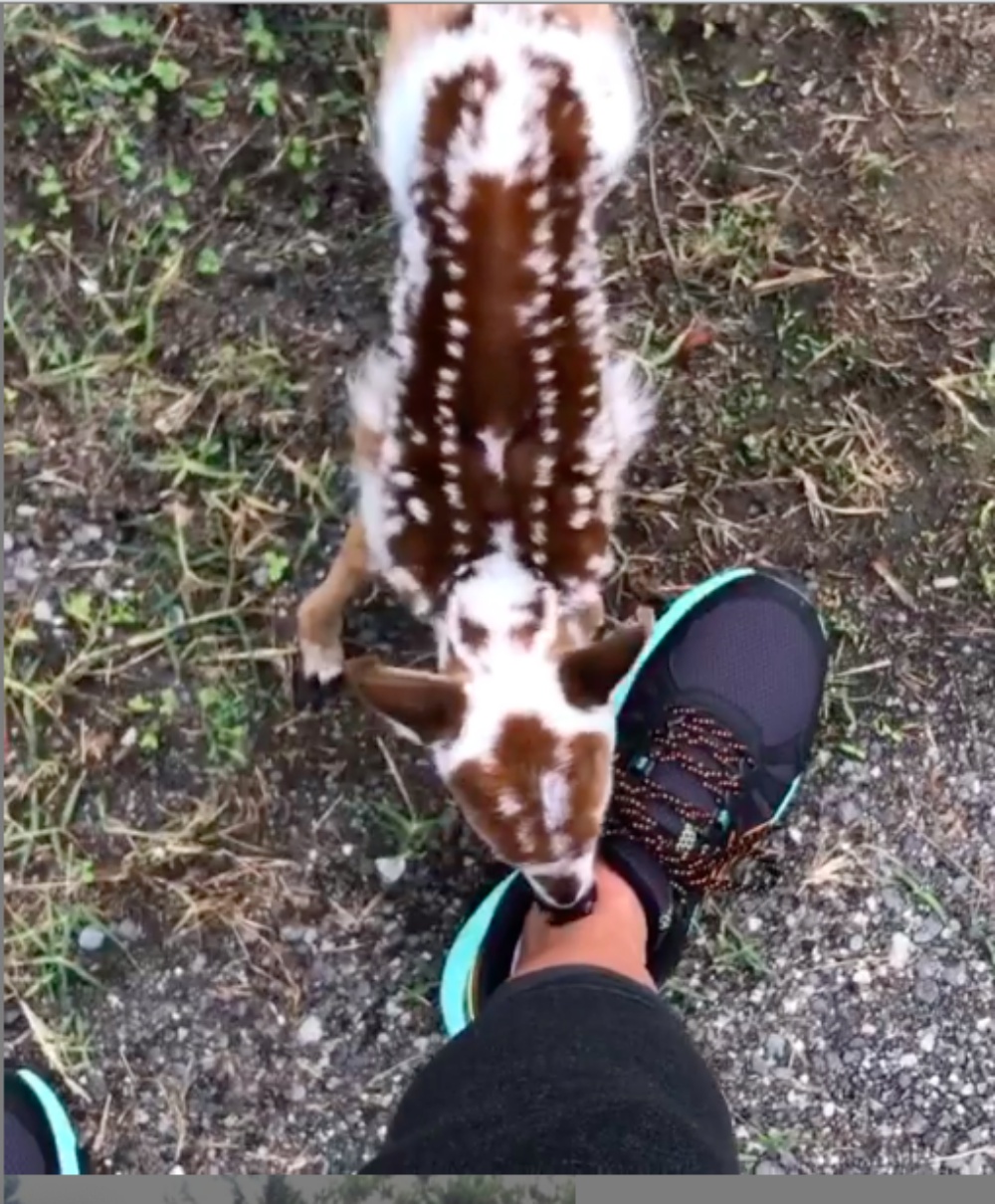 However, after returning home she couldn’t stop thinking about the baby deer – so she went back in the dark with her son to see if she could find him.

The baby deer was found sleeping alone on a rock. She took him home and said, “Ok, now I need some help on what to do.”

Her family named him Scout and nursed him using a rubber glove. They had never rescued a baby deer before and reached out to local wildlife rescues for help. 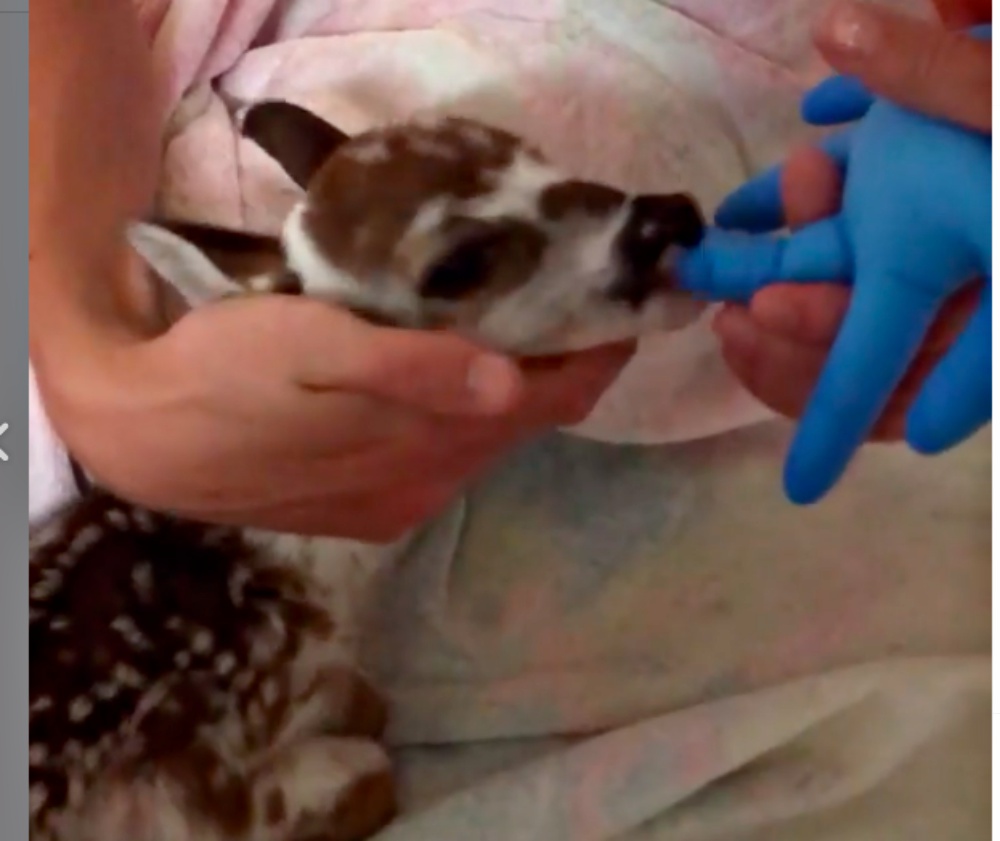 He miraculously survived the first night and the next day they received a call from Turner’s Deer Camp Fawn Rehabilitation.

Scout was taken in by the experienced staff and joined other orphaned baby deers. While there were a few close calls, he pulled through and started to grow and make friends. 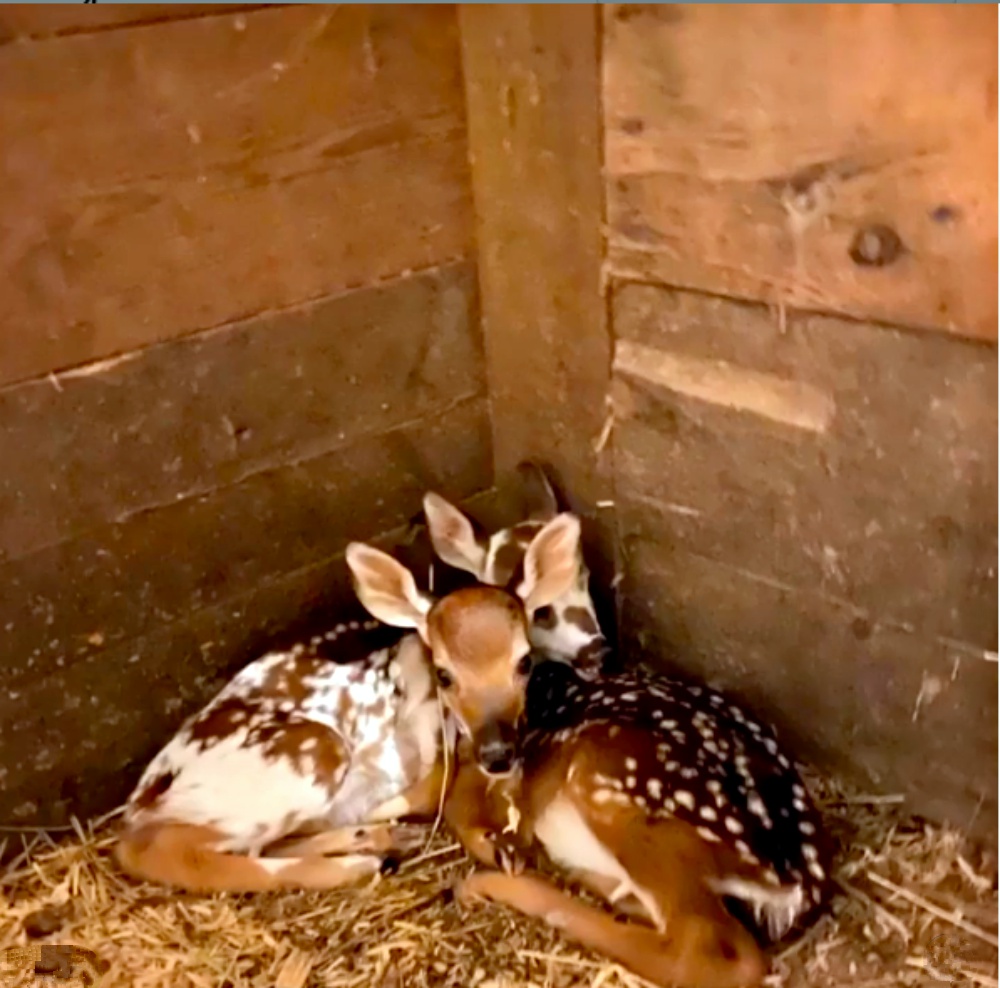 The rescue center keeps the babies until they are healthy and old enough to be released back into the wild. Amber visited Scout at the center as he continued to grow and posted updates on her Instagram.

Scout was released back into the wild with other deer in September, which was a bittersweet moment for Amber. He didn’t immediately take off into the woods but eventually left with his new friends.

The rescue video of Scout has gone viral with thousands of people thanking Amber for rescuing the adorable fawn. One person wrote, “He’s a beautiful piebald deer! I’m glad you saved him, or who knows what kind of predators would have gone after him.”

While some were concerned that Scout’s unique coloring would make him easy prey, the rescue reassured people that he actually camouflages better and is harder to find.

U.S. Plans To Suspend Import Of Dogs From Over 100 Countries, Including Rescued Dogs: Click “Next” below!