Sometimes when we think no one is looking, they actually are. And that is just what happened when one woman committed a small act of kindness for her fellow earthly creature.

Since we live in an age of technology, surveillance cameras are usually al around us, watching us. And one security camera caught the moment a customer was leaving a café on a cold and rainy day in Zonguldak, Turkey. After exiting the doorway, she noticed a stray dog shivering beneath the awning outside – doing his best to shelter himself from the elements.

Instead of walking away, the woman decided to make him more comfortable with what little she had and gifted him her scarf.

Watch the footage of the sweet gesture below:

While the scene only lasted a few minutes, it didn’t go unnoticed as it soon was posted online where it went viral – capturing hearts and headlines everywhere.

“Humanity is not dead,” one news outlet commented.

At first, the woman was anonymous – at least until someone watched the clip and recognized it as their friend, Duygu Elma. 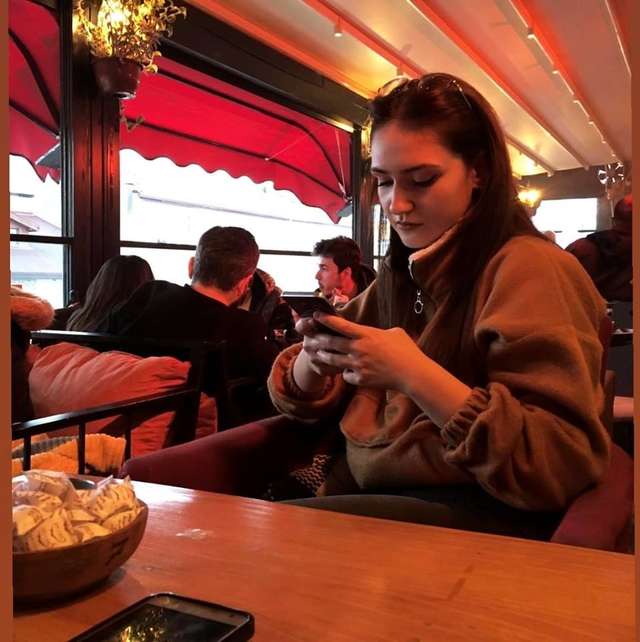 Elma never expected to be given so much praise for gifting a stray dog her scarf. But since she was unable to offer the dog anything else at the moment, she felt it was the right thing to do.

Elma told The Dodo, “I couldn’t imagine that my actions would receive this attention. I’m very surprised about it. The weather was so cold. I just couldn’t take it when I saw him shivering.”

While her interaction with the stray ended there, Elma remains optimistic that others have taken care of his well-being. Given that Turkey has a reputation for being a country of animal lovers, hopefully, the stray ended up having someone take him in. Elma’s just happy she was able to set an example for others to follow.