Since lockdown, TikTok has exploded in popularity, and we can see why – it has everything on it. And recently, one TikTok user, @ketophoria, uploaded a video that was quite an emotionally stirring story.

Teresa Hwang shared the story of the adoption of her dog – a story that, in only a few short days, ended up being viewed by 1.6M people and accruing 449.9K likes.

The 51-year-old Hwang works as an elementary school Special Education teacher in Oakville, Canada. Like other people, she has a fear of dogs – something stemming from the fact that she was twice bitten by a dog. 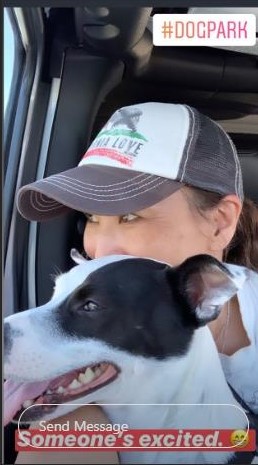 She never thought that she’d ever like dogs, much less own one. However, that all changed when she befriended Boo, a little shelter dog who was terrified of people. The two of them ended up working together to overcome their own personal fears, subsequently becoming an inseparable pair in the process.

It took time – a couple of years in fact – and plenty of love and patience on both their parts. However, they were eventually able to overcome their fears – Hwang got over her fear of dogs, and Boo was able to tackle his fear of people. The two of them now share a beautiful friendship built on plenty of understanding and trust for one another.

As Hwang shared with Bored Panda, “Sometimes, I still can’t believe I have a dog, much less love one as much as I love Boo. I tell people he’s like the son I never had. I don’t just love him because he loves and needs me. I love him for who is, exactly as he is, for all he has overcome and for the joy he has brought into my life.”

Since Hwang overcame her fear of dogs, she’s since adopted a new puppy!