Being involved in animal rescues is often a thankless and heartbreaking job for law enforcement, but some cases have their share of silver linings.

For a Pit Bull that was shot in the face and doused in bleach, being rescued from an abusive environment is only half the battle. Finding a safe and loving home can prove to be an even greater challenge.

Thankfully, Indianapolis Metropolitan Police officer Timothy Elliott was willing to help such a pup out with both.

Elliott first met the dog on May 9, reporting to a local post office where an injured dog had shown up.

According to Fox 7, Elliott found the dog “in the corner lying in a pool of blood,” while the air around him was diffuse with “an overwhelming smell of cleaning chemicals.” 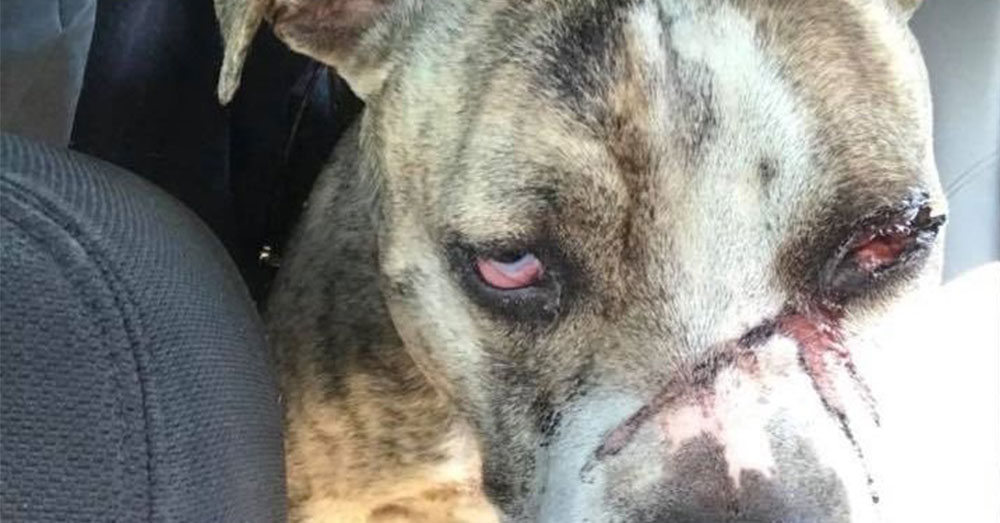 Source: GoFundMe
Winx was shot in one eye, and doused with bleach in the other,

The dog had been shot in the left eye, and burned by bleach in its right. It was suffering from a broken jaw and chipped teeth. Still, it had the strength to understand it needed help. The dog made its way over to Elliott, wagged his tail, and collapsed.

The patrolman named him “Winx.”

Indianapolis Animal Care and Control took Winx in to care for his injuries, Fox reports, but not before leaving a lasting impression on Elliott. The patrolman later visited Winx with is wife.

“She sat down on the floor and [Winx] came to her and sat between her legs,” Elliott said. 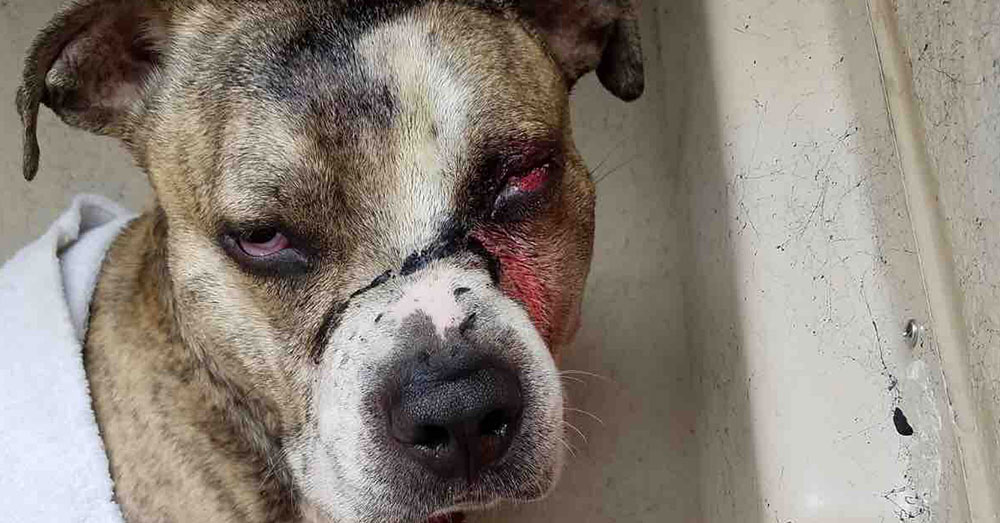 Initially hoping to foster the dog until a more suitable home could be found, Elliott and his wife soon became the pup’s full-time parents.

“We knew we were going to adopt him as soon as we brought him home,” Elliott told the Indy Star, “because he made this his house. … He pretty much made the decision before we did.”

Winx’ recovery took great care and effort. The bullet that went through his left eye left fragments in the ocular cavity before becoming lodged in his throat. His eye was removed and his jaw reset over the course of three separate surgeries. All the while, he required expensive food hand-fed through his broken jaw. 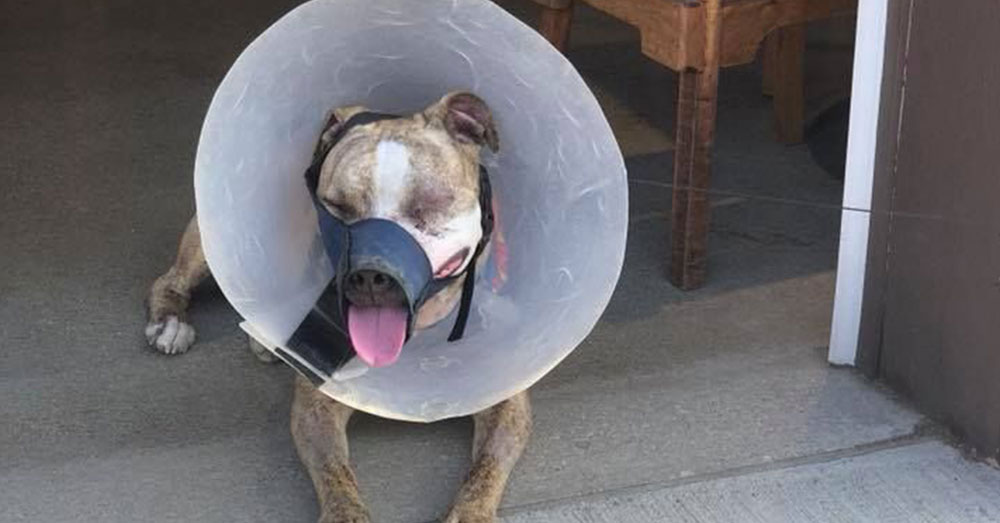 Source: GoFundMe
Winx underwent surgery to have his left eye removed and his jaw repaired.

Winx had suffered greatly, though with no loss of spirit. Elliott reports that the dog is a lover, not a fighter, and enjoys nothing more than his chew toys, regular cuddles from his family, and time with his animal siblings. The Elliotts have a handful of other rescue pets: another Pit Bull named Gauge, a German Shepherd named Porter and two cats named Ryder and Remington.

“He follows us around like our shadow,” Elliott said.

The IMPD has yet to name a suspect in the case, but Elliott and many others are hoping Winx will some day soon find justice.

“Why would anybody do this to an animal?” he told the Indy Star. “Even if it is ‘aggressive’ or ‘mean,’ as everybody calls in and says, they do still have a soft spot. Like people, you’ve just got to find what they like and build from there.” 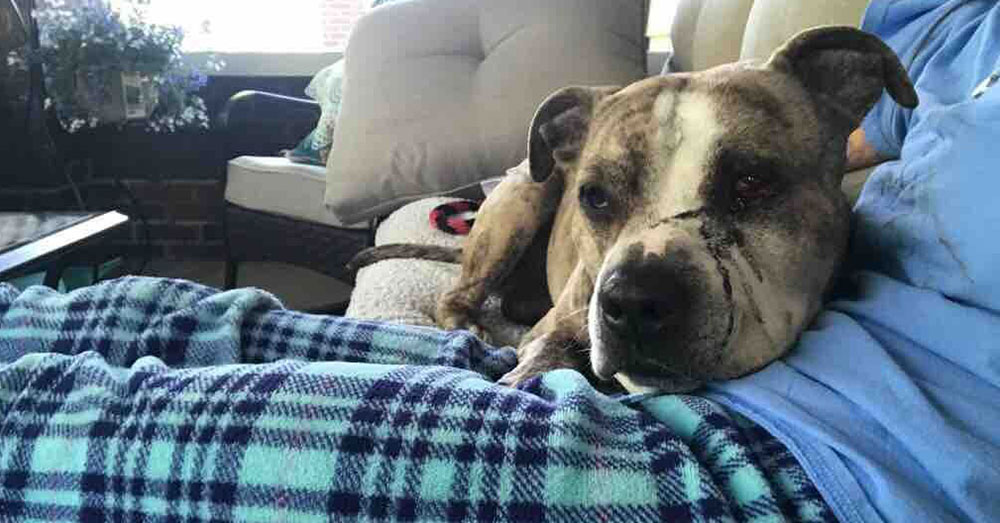 Source: GoFundMe
Winx has a happy and healthy life at home with the Elliotts, now.

In the meantime, Winx is happy, and much healthier, at home with the Elliotts.

“He was so strong; any other breed of dog maybe would’ve died, which is one of the reasons why I wanted to bring him home,” Elliott said. “He was bound and determined not to give up.”