When winter’s low temperatures make you bundle up before heading outdoors, just think of what your pet must endure in the freezing cold.

Freezing temperatures can lead to injury or worse, even for animals who love to run and play outside. In some communities, leaving your pet outdoors without proper shelter, food, or fresh water during the winter may run afoul of animal cruelty laws.

There’s little excuse for being uninformed and putting an animal in danger, so here are some tips that will keep your pet comfortable while playing outdoors, and save you from facing a costly vet bill, or worse. 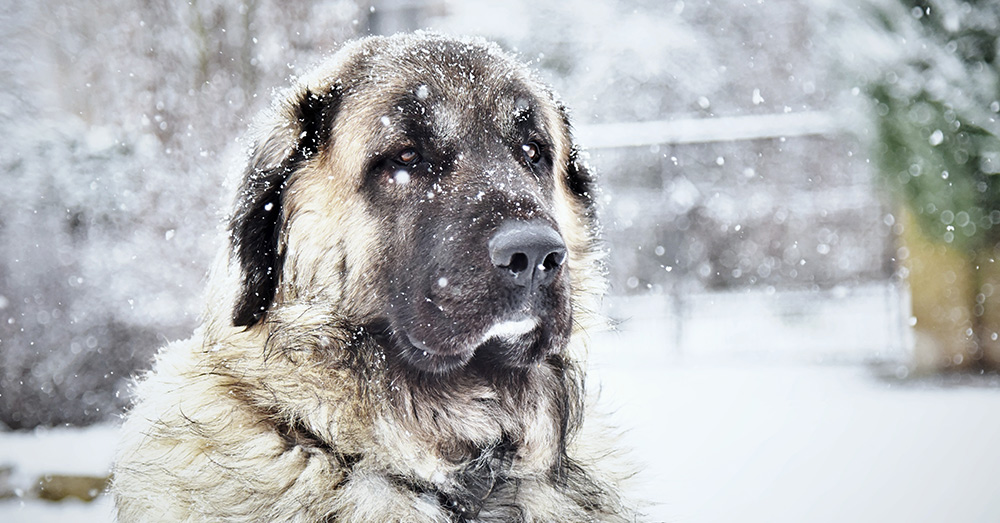 A shelter suitable for animals is defined in some city ordinances as a four-sided structure with a roof and a floor, and an entrance on one side. Outside of those communities, the definition may be much more ambiguous, allowing for a simple plank of wood leaned up against a wall, WHNT reports. During the winter, this minimalist approach just isn’t enough to provide adequate protection from the elements.

According to the Humane Society of the United States, “If your dog is outdoors much of the day for any reason, they must be protected by a dry, draft-free shelter that is large enough to allow them to move comfortably, but small enough to hold in body heat. The floor should be raised a few inches from the ground and covered with cedar shavings or straw. The doorway should be covered with waterproof burlap or heavy plastic.” 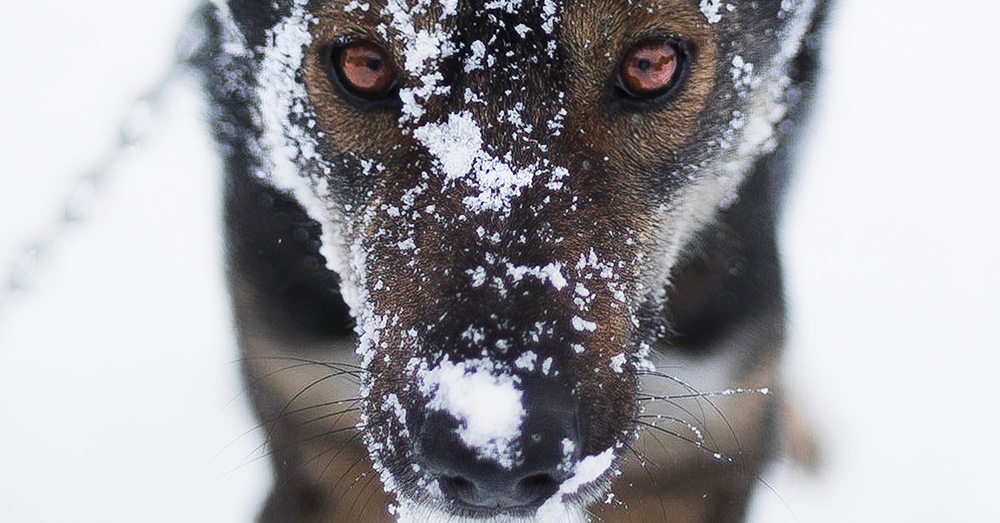 4. Give them fresh water and food

Our bodies need to work harder to retain heat when it is cold outside. That means we need more calories to survive. The same is true for our furry friends.

For anything longer than a potty break, animals should have access to water that isn’t frozen, as well as food. When the temperatures are below the freezing point, metal bowls should be switched out for plastic. It’s too easy for animals to get their sensitive tongues stuck to freezing metal, which could lead to serious injury. 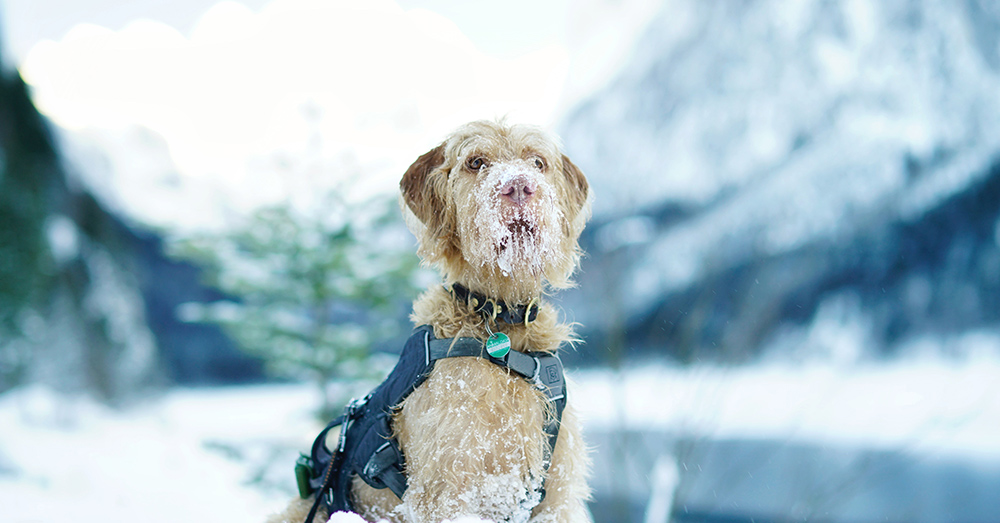 Pet sweaters and vests aren’t just for people who want their animals looking good in family photos, they provide warmth and comfort when they need it most. During the winter, when cold winds are blowing, that’s pretty much every day.

“No matter what the temperature is, windchill can threaten a pet’s life,” the HSUS reports. “Exposed skin on noses, ears and paw pads are at risk for frostbite and hypothermia during extreme cold snaps. For this reason, short-haired dogs often feel more comfortable wearing a sweater—even during short walks.”

When you come home, use a towel to make sure your pet’s coat and paws are clean and dry. The chemicals used in ice-melting compounds can lead to irritations in hard-to-reach areas, like between toes. Consider dressing your pup in winter boots, which will help protect his paws from ice, snow, and the toxic chemical agents used to de-ice city sidewalks and streets. 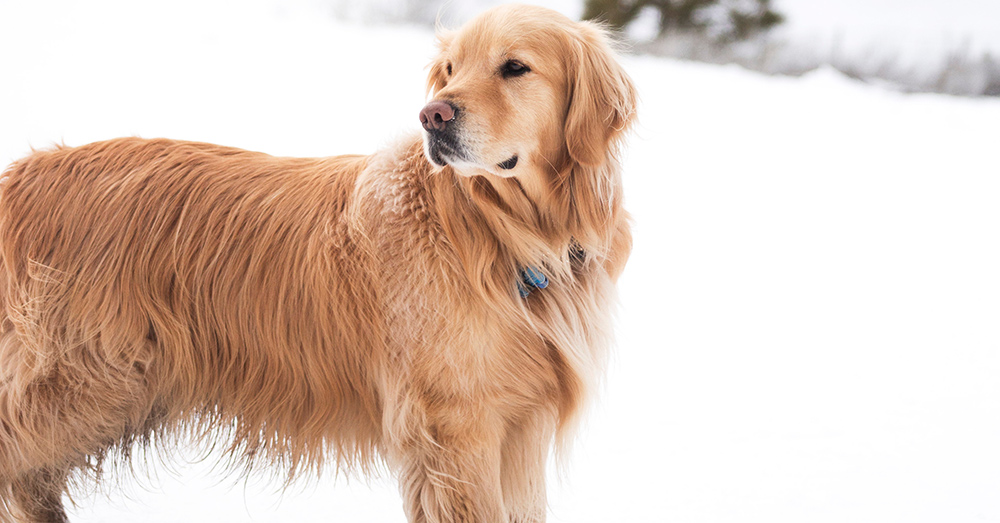 According to the Great Plains SPCA, more pets go missing in the winter than any other season. A cold blanket of snow can also mask the scent trail they may otherwise use to find their way home.

“Prevent your pets from becoming lost by keeping dogs leashed on walks and, just in case you are separated from your pets, make sure their collars have up-to-date contact information and they are microchipped,” the SPCA advices. 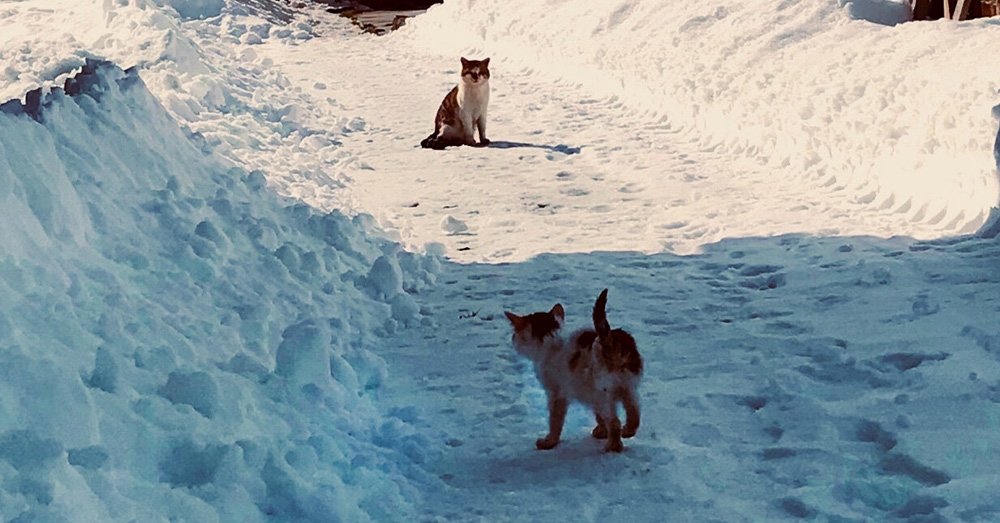 1. Look out for other animals, too

Winter is hard on stray animals, many who may not make it until spring. If you see a stray animal out in the cold, and you have room to take it in until the weather subsides, don’t hesitate to do so. In the meantime you can check with area shelters and social media groups to see if the animal has been reported missing.

If you don’t have space in your home for a temporary guest, bring the animal to your nearest no-kill shelter. That way, they will at least have shelter, food, water, and the potential of finding a new forever home while they wait out winter.

Lime Green Puppy Named Hulk Born Out Of A Litter Of 8: Click “Next” below!