Foster Parents Refused To Give Up And Helped This Pittie Learn To Walk On His Own Four Paws!

Say hello to Winston! Winston is a Pit Bull that is filled to the brim with strength and courage. Winston suffered from a spinal cord injury that left both of his hind legs completely paralyzed. But his injuries never deterred him. Winston was a determined pup who never gave up hope. Luckily, hope found him in the form of a foster home. He was living in a shelter when a foster family took him in and decided to do anything and everything in order to help Winston walk again. Together, Winston and his foster family set out on the very long journey of his recovery.

Winston was taken to doctors to assess his condition and was given various forms of physical therapy to try out. With the help of his loving foster family, Winston gave each form a physical therapy a shot. He tried leg braces, a harness, and slings. Each tool and type of therapy was used for different reasons. The sling was to help Winston stand and the braces on his legs help him take his steps. It took a lot of hard work, dedication, and patience from both Winston and his foster family, but in the end, it was all worth it. Winston was able to take his first unaided steps! 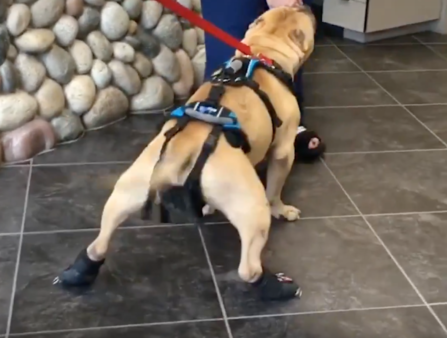 Winston is now able to walk all by himself with just the aid of his four paws. And just in time too! Winston has found his very own forever home. And while he loves his new family, he will never forget the amazing people that helped him on his road to recovery. 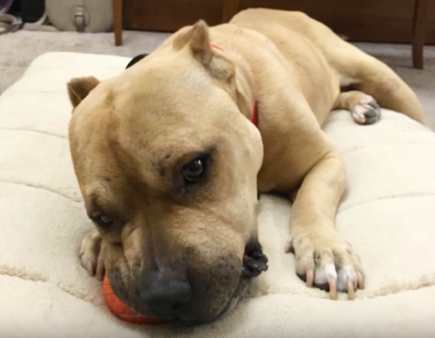