Shelter Dog Pulls On Leash To Lead Man Behind A Bush, Only To Discover A Dog In Greater Need…

The Michigan Animal Rescue League certainly found something they didn’t expect to find, especially right outside of their door. On a typical day at the shelter, one of the normal duties of the day include volunteers taking the shelter dogs for a walk. While a volunteer was walking a dog, the dog seemed to be a bit more rambunctious than usual. When he pulled the volunteer around a corner, they were both shocked to see what was in front of them. 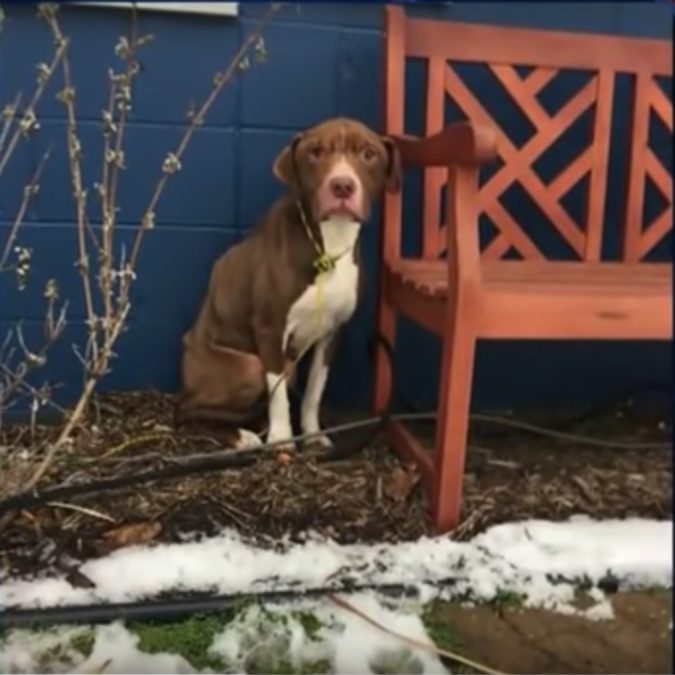 There was a poor dog hiding behind a bush with a rope tied around his neck. The volunteer was dumbfounded and took the dog inside immediately. He was starved, with his ribs poking out, and suffering from frostbite. The pup could barely stand on his legs from the bitter cold and extreme hunger.

No one knows how the pit bull mix got there, and the security footage did not explain how it happened. Magee Humes, Executive Director at the Michigan Animal Rescue League tells Fox 2 that he may have instinctively understood that the shelter was a safe place for him. 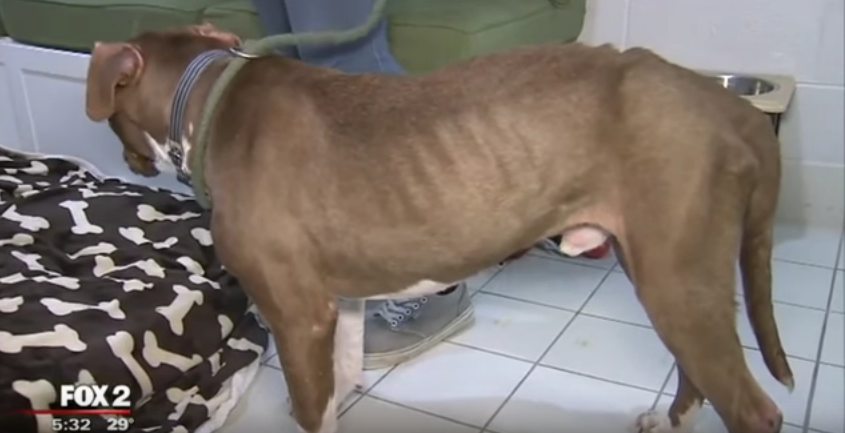 The Rescue League has decided to call him “Winston” and are currently working to take care of Winston’s injuries. They are feeding him to put back on the enormous amount of weight he lost.

Winston still needs some time to recover before he will be up for adoption, but everyone at the shelter is confident that he will find a loving family that can properly take care of him. Be sure to check out the Michigan Animal Rescue League Facebook page for updates on Winston!