According to American Humane, more than 100,000 dogs die every year because their owners let them ride in open truck beds. Some people mistakenly believe it’s safe for dogs to travel this way — at least until their pet is violently flung from the vehicle. Others, including the driver who sped down the highway with his dog balanced on a flatbed truck, are clearly too reckless to be responsible dog owners.

But the person who refused to stop when their dog was flung from the truck bed is in a whole new category of cruel. Sadly, this is what happened to Winston, a dog who fell from an open truck bed in central New York — and found the person behind the wheel just kept on driving. 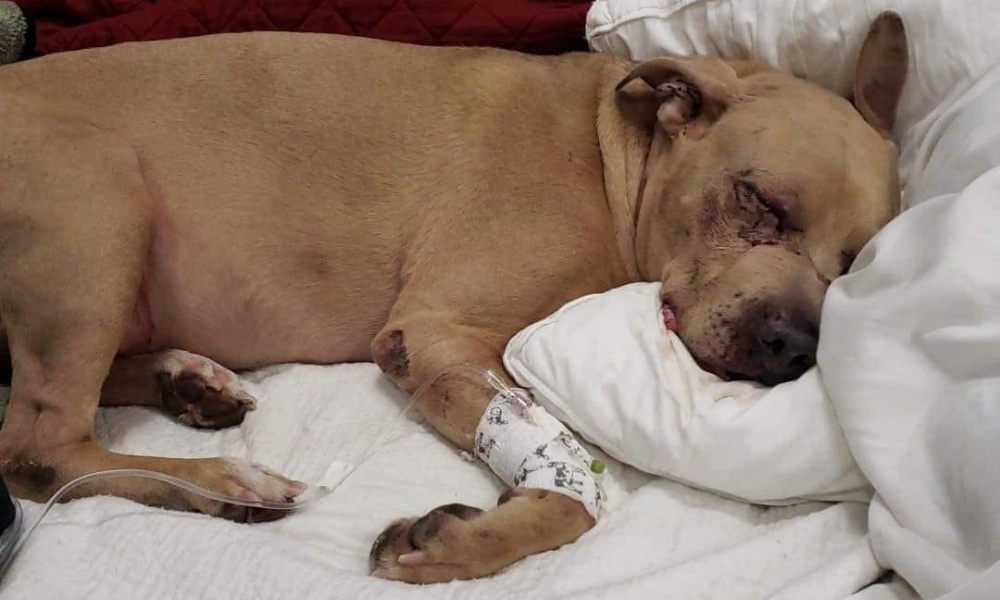 “!!Urgent!! Winston fell from a truck bed and the driver did not stop,” rescuers from HumaneCNY pleaded on Facebook. “He has been at the emergency vet. We have a MRI setup for him on Wednesday morning. We need to raise $4000. Please help us help Winston. If you can’t donate, please share.”

Fortunately, it only took hours for the shelter to raise the money for Winston’s MRI — and then some. At time of writing, the dog’s donation page had raised well over $5,000, which will presumably help the shelter finance the pup’s other medical bills.

‼️Urgent ‼️Winston fell from a truck bed and the driver did not stop. He has been at the emergency vet. We have a MRI…

Posted by Humanecny on Monday, February 1, 2021

Residents were also collectively horrified to learn somebody in their community could do such a thing to an innocent dog. “I hope they caught whoever didn’t stop for him,” one person angrily commented on the HumaneCNY’s Facebook post. “Praying for quick recovery,” another person shared. “Who puts their dog in a truck bed in this weather?”

We’re also wishing Winston a swift recovery and are grateful he’s with rescuers determined to provide him love, kindness, and the best medical care. Please follow HumaneCNY on Facebook for updates on Winston’s progress and/or to make a donation to this dog’s medical fund.