Animal rescue is a lifestyle for the Hope For Paws team. These amazing people drop whatever they are doing when a call comes in about an animal in need. The most recent call was about two dogs that were crying for help in the sewer.

Lisa and Eldad arrived to find the people that called it in waiting with the nervous dogs. The dogs were filthy and hesitant about new people. However, the tasty treats helped reassure them that the rescuers were there to help. Who knows the last time the dogs had something to eat. 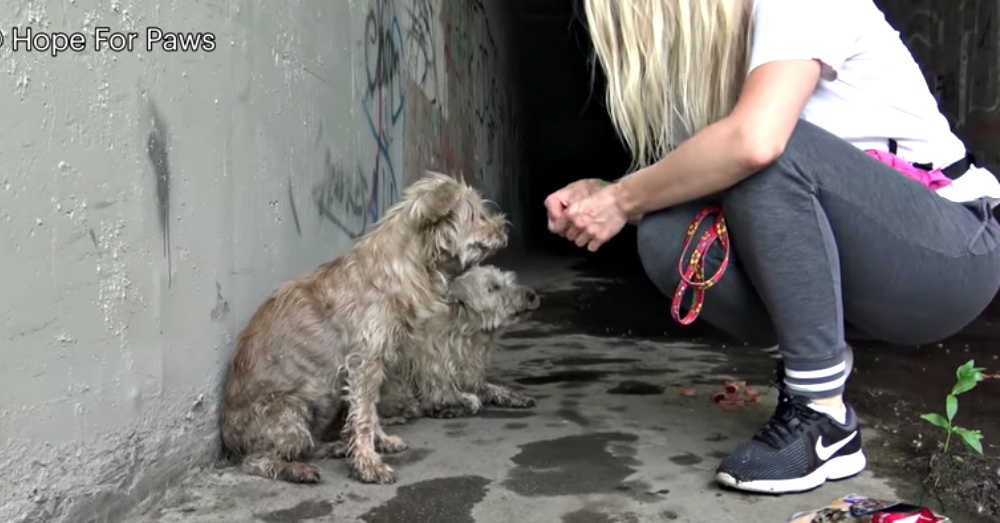 The sewer was an odd place for the dogs to be living. It is unclear as to how or why the dogs were there. The important thing was to get them out of the smelly area. 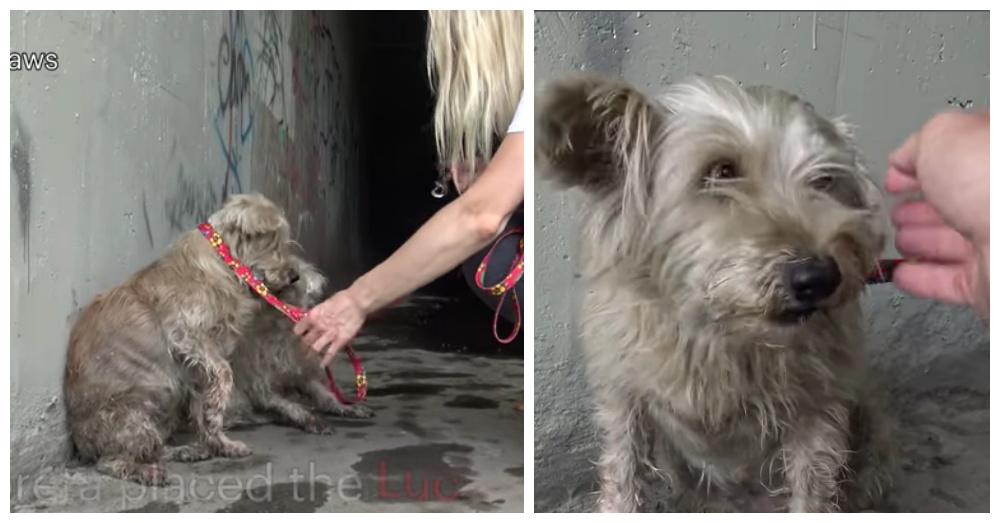 Since they seemed to be warming up to Lisa, she took a leash and slipped it over the neck of the female dog. Then she slowly reached for the other leash to put on the male dog. Neither detested being captured and seemed relieved.

As they walked to the car, both started to wag their tails. They knew they were being rescued. The rescuers thanked the pair that called them about the stray dogs and headed for the clinic. They named the pups Winn and Dixie. 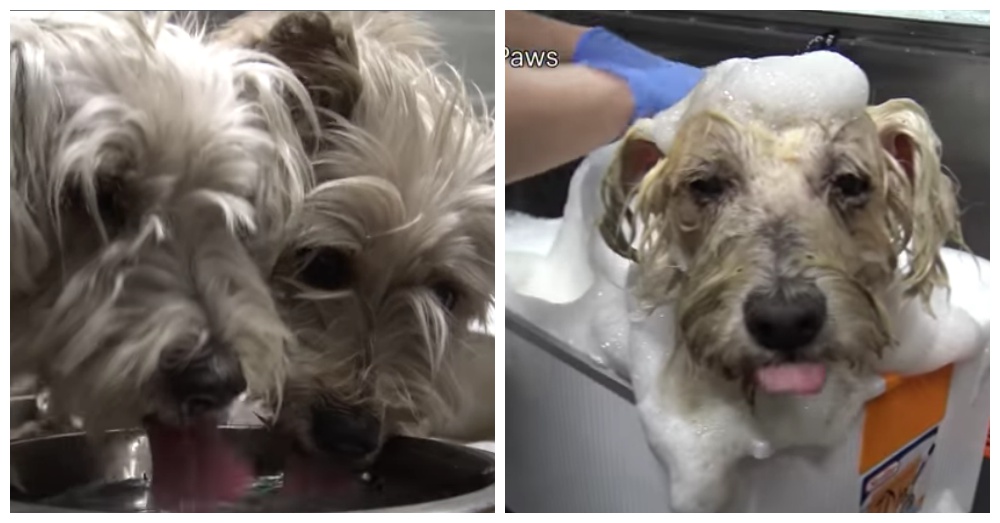 Both dogs had eye infections and fleas covering their shaggy bodies. Since they were living in the sewer, the smell was hard to remove from their fur. They decided to soak each dog in a bucket of soapy water after giving them flea baths. Surprisingly, they came out pure white and almost unrecognizable. 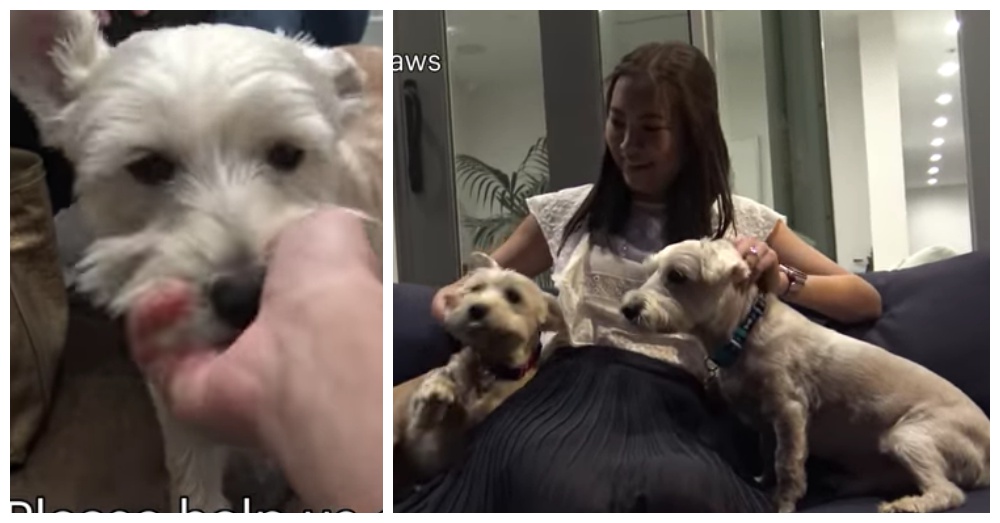 After the pups were scanned and microchips were not found, they were fostered by Wags and Walks. It did not take long for a couple to fall in love with the pair. Winn and Dixie have a loving home filled with toys and soft beds.

Watch the amazing rescue and transformation of Winn and Dixie in the video below. They go from shaggy dogs to dapper and trim.