Millions of people travel to Africa every year in hopes of catching a glimpse of some of the wild animals that roam free across the savannah. Wildlife photographer and safari guide, Clement Kiragu, hopes to share a glimpse into the amazing place he calls home, while also raising awareness for wildlife conservation through breathtaking images.

Kiragu was born in Kenya and still lives there today. He feels blessed to have such beautiful landscapes and wildlife to photograph, and even encourages others to join him on a photo safari. 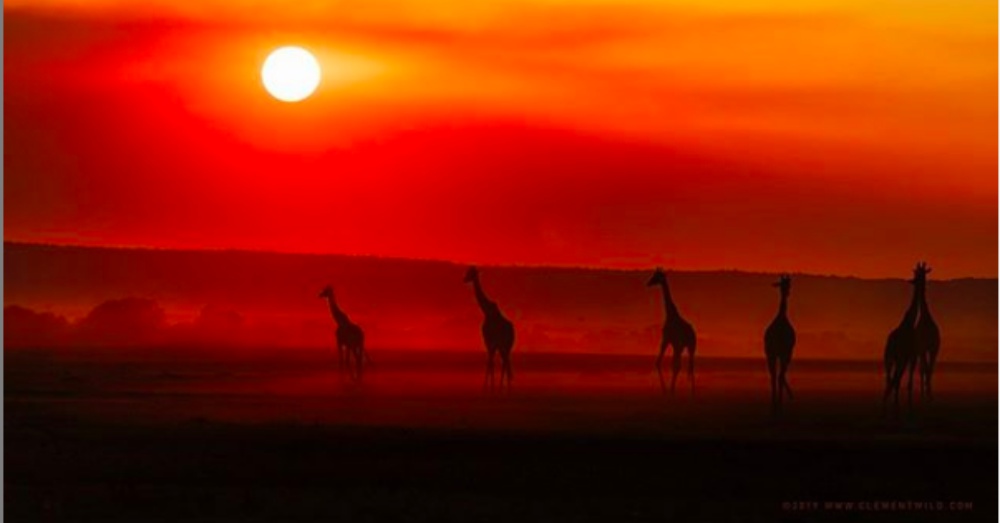 The golden hour is the hour just before sunset and the hour just after sunrise. However, Kiragu describes it as, “There is just unexplainable beauty and magic when that good light touches the horizons as the day comes to an end on the Mara plains. It’s magic I have never experienced anywhere else I have ever travelled to.” 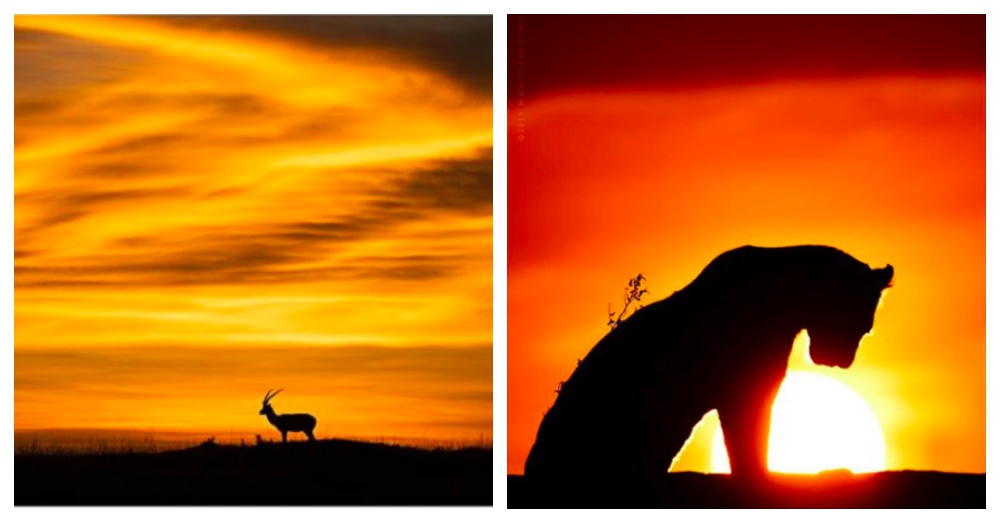 In the awe-inspiring photos, the sky appears to be glowing with vibrant tones of orange and red as the dust creates a haze around the animals. Lionesses with their cubs, giraffes, elephants, and zebras are just a few of the animals Kiragu captured with his camera with the mesmerizing backdrop. 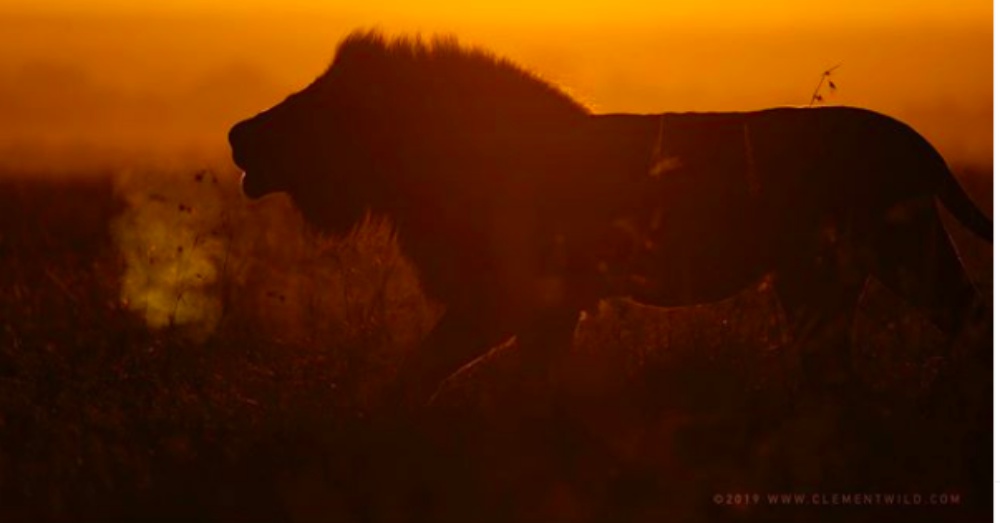 The temperatures are cooler at these times so animals take advantage of it, and so do photographers. “A King announces his undeniable presence as the first light touches the plains of his Kingdom,” captioned a photo of a lion shortly after sunrise. 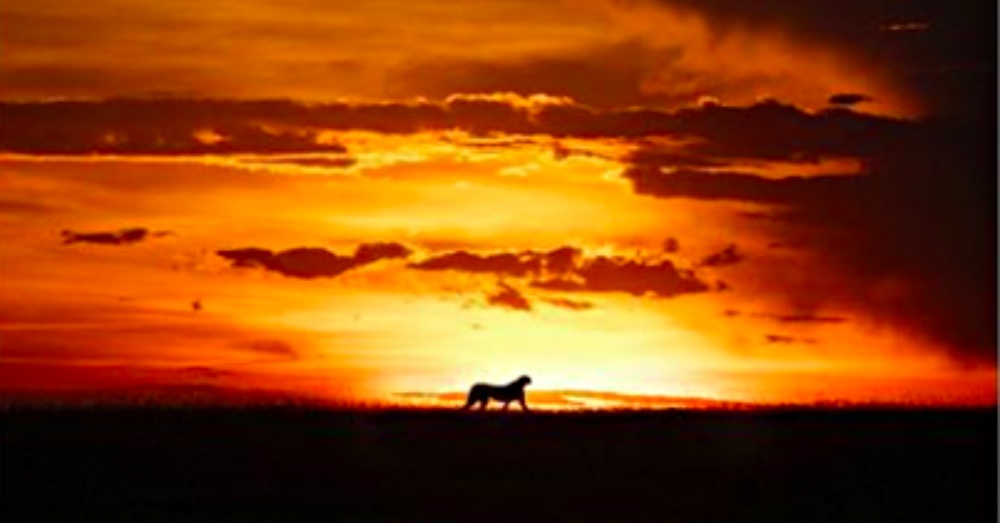 Another photo of a mother cheetah returning to her cubs is poetically described by Kiragu. “As always nature paints a beautiful dramatic backdrop for this young mom, you can almost hear african drums playing for her as she walks off to the sunset. Movie like isn’t it? Well that’s just another day in Africa, my motherland. The HEARTBEAT of Planet Earth!” 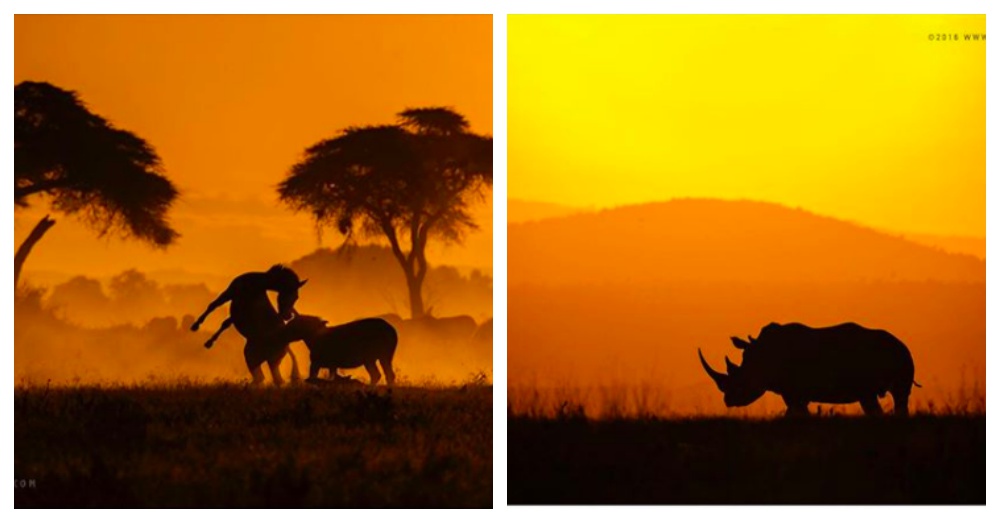 Kiragu hopes others will be inspired by his work and preserve wildlife. He posted a photo of his camera and wrote, “The only way you should shoot animals!” 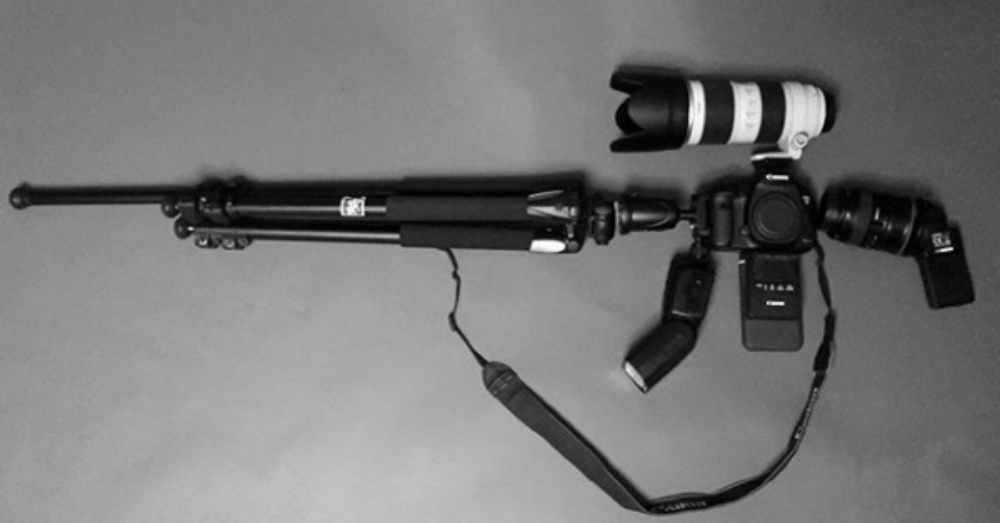 Kenya, just like many other African countries, is fighting off poachers who are illegally killing elephants, rhinos, and other endangered species. 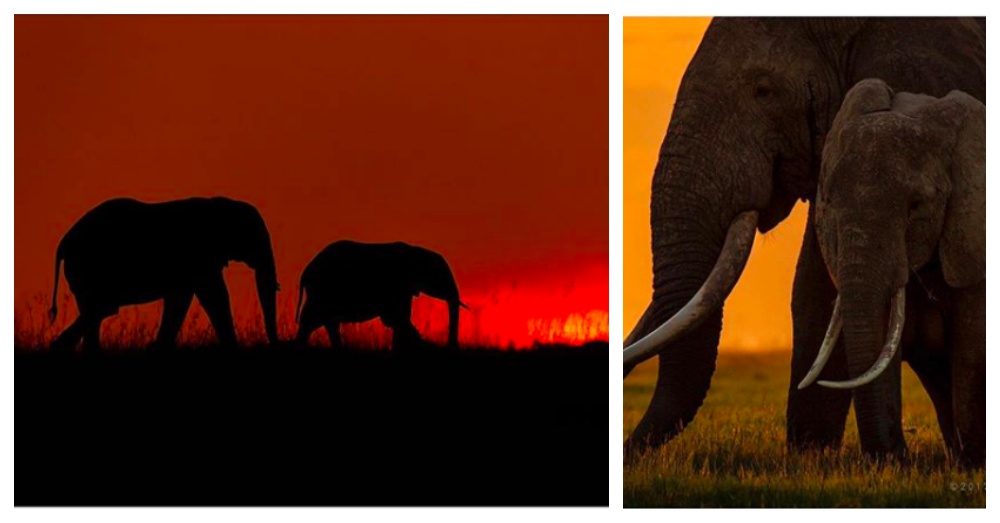 Thanks to the hard work and dedication of rangers and increased penalties, the number of animals poached in Kenya has dropped by 90% in 6 years. 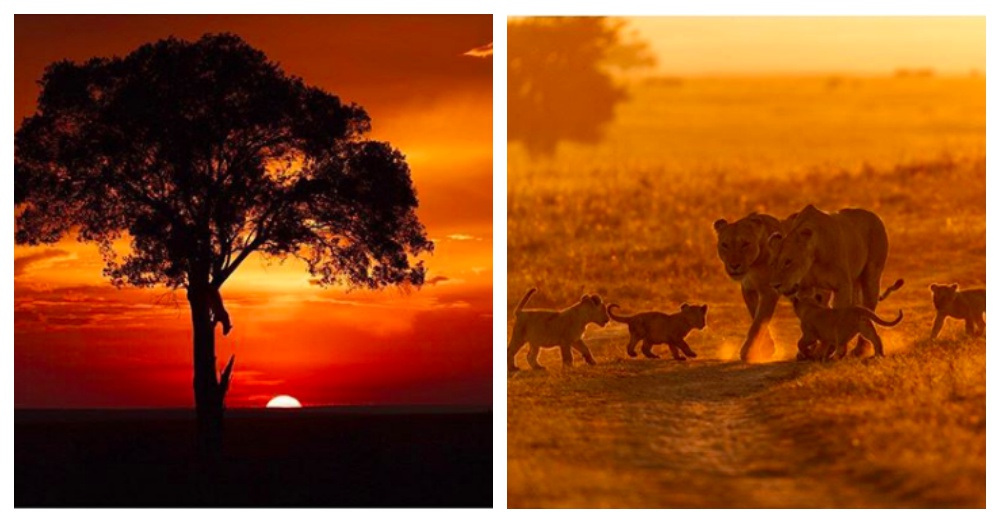 Hopefully, all of the magnificent animals will be around for decades to come for future generations to observe. If you want to join Kiragu on a photo safari, contact him on his website. It is sure to be an experience of a lifetime.