2020 was a terrible year for our planet, which left a devasting trail as wildfires raced around the globe. But at least one cat who went missing in Oregon’s Holiday Home Fire has been found safe and sound – five months after flames tore through his once pristine home.

Even so, rescuers aren’t entirely sure how the rescued cat now known as Lionel made it for such a long time on his own. Not only does Lionel lack claws, the brownish-black long-haired cat was also found in an area without any obvious sources of food. 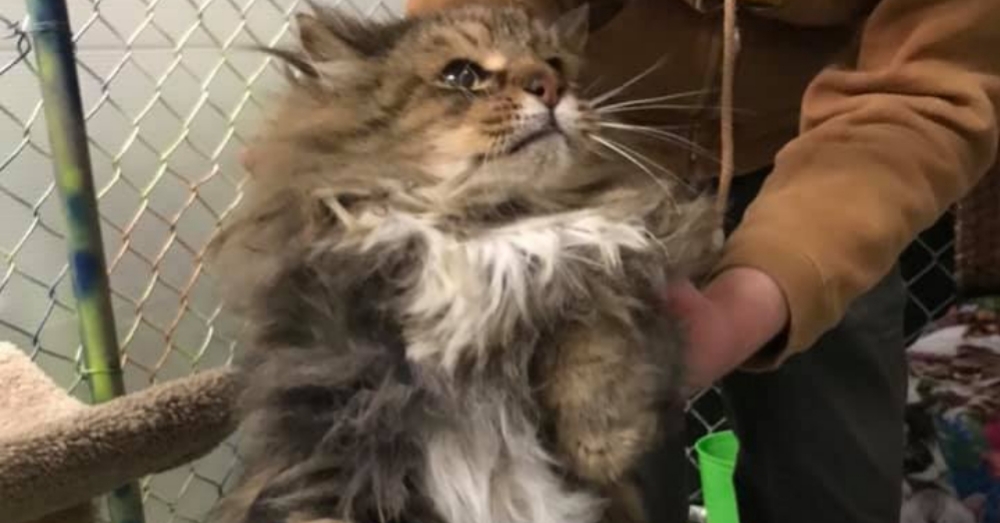 “Not only did he survive 5 months in an apocalyptic wasteland with no claws, but also a messed-up mouth,” rescuers wrote on a Facebook group for lost-and-found wildfire pets. In addition to missing his former owners, the lost cat also needs urgent dental care. “Spread the word,” rescuers wrote. “”Lionel” (name the rescuers gave him) is looking for his family.” 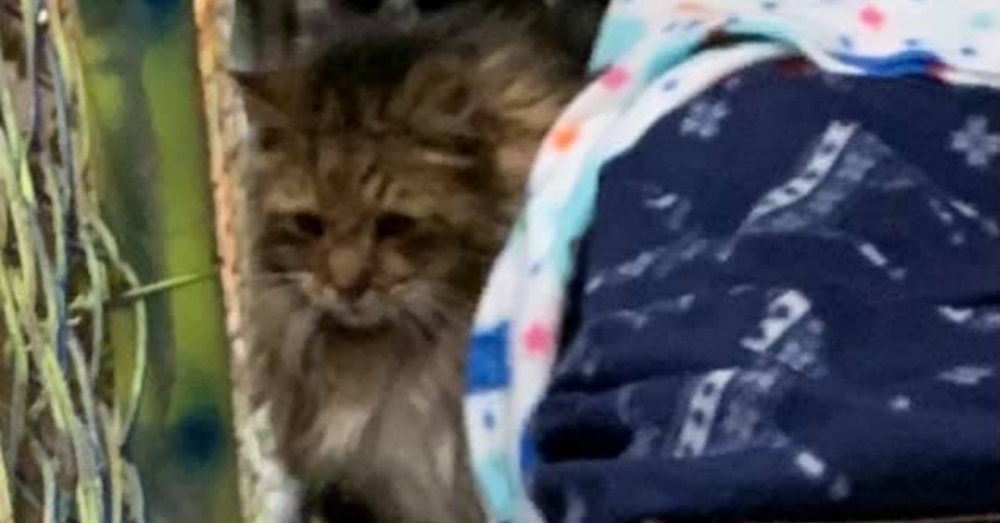 Lionel is currently staying at a Eugene, OR, shelter called S.A.R.A.’s Treasures (Shelter Animal Resource Alliance) until somebody claims him, but so far nobody has stepped forward to claim him. Rescuers fear Lionel’s family may have stopped looking for their lost cat because they assume he is dead. 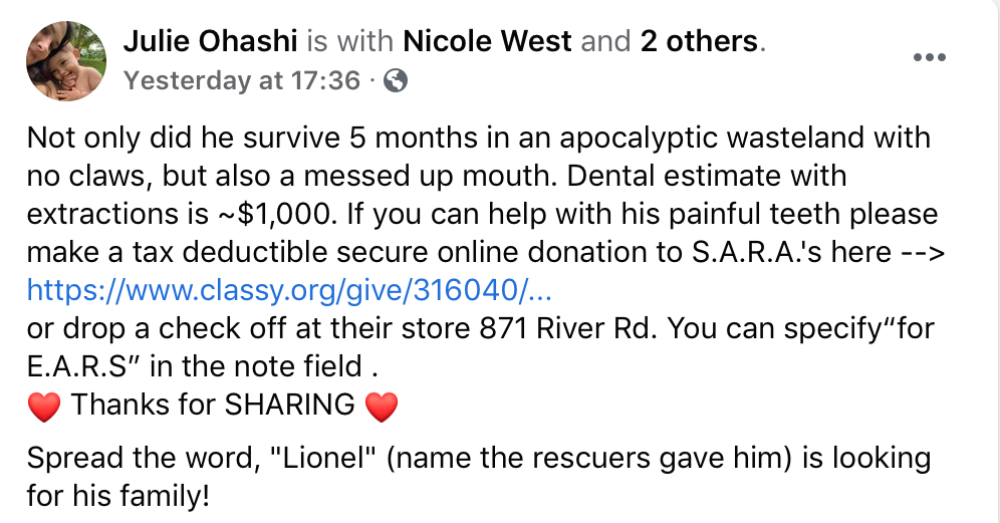 “We presume they think he passed away inside their home that burned down, so they’re not looking,” said Toni Ray, a local TNR advocate whose played a leading role in reuniting lost cats with their owners. “To know this guy has been out there and survived five months without any claws to defend himself, that makes it so he’s tugging at my heart strings,” she said.

Do you recognize this cat? Please share this story to help us reunited Lionel with his family!