Love knows no bounds, no distance. A wild mustang known as Phoenix did everything in his power to be reunited with his lead mare during a roundup by BLM in Oregon.

During the terrifying roundup of the Warm Springs herd, Phoenix kept pace with his one true love, known as Ghost, until they reached the trap site. The horses were all frantic and crammed in tall enclosures, but the gates could not hold Phoenix back. He leaped over them and to freedom, but instead of running away – he ran to Ghost. 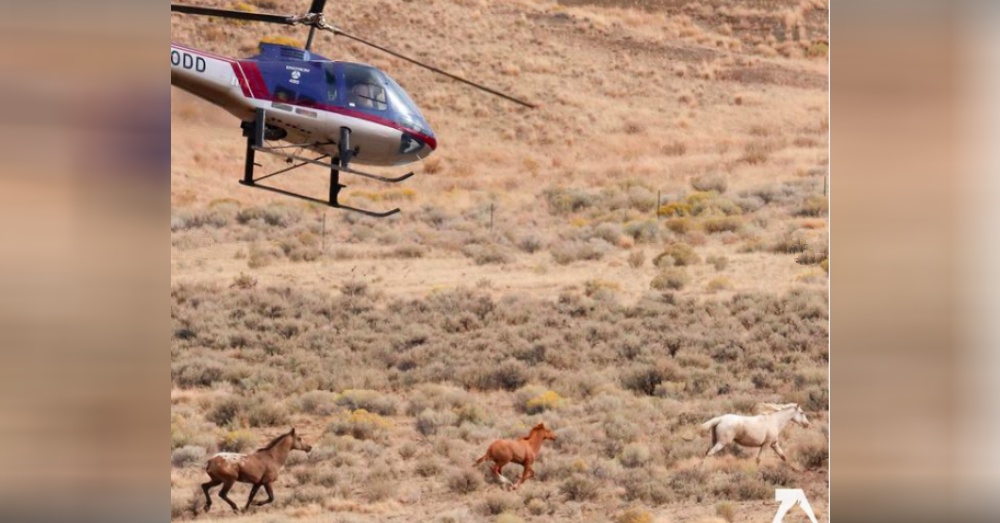 He was recaptured and separated from Ghost. 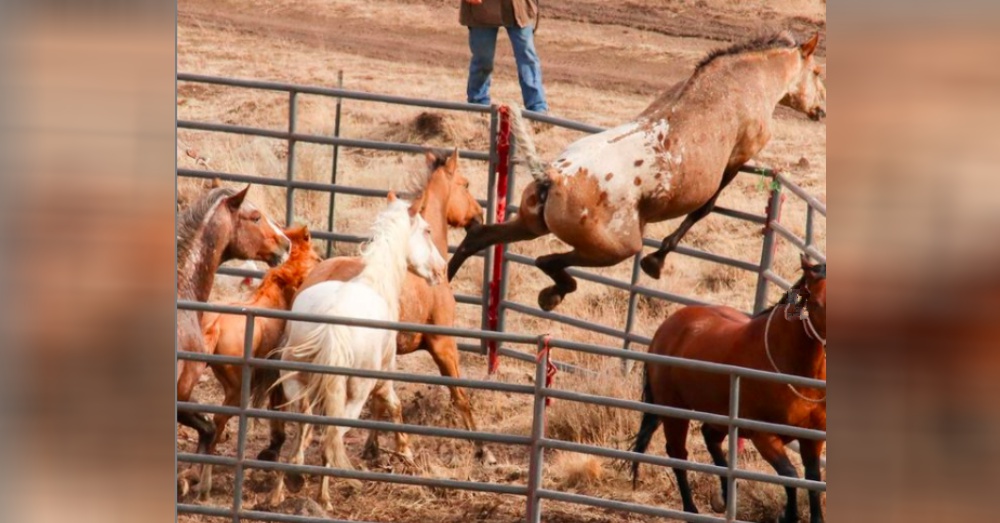 After spending a year at the BLM holding facility, Phoenix was taken in by Skydog Sanctuary, a wild mustang rescue with sanctuaries in Bend, Oregon and California. He was originally going to be released back into the wild but when the release was cancelled, a year after his capture, the sanctuary adopted him. He arrived heartbroken and lost, even after going out on a thousand acres with other wild mustangs. 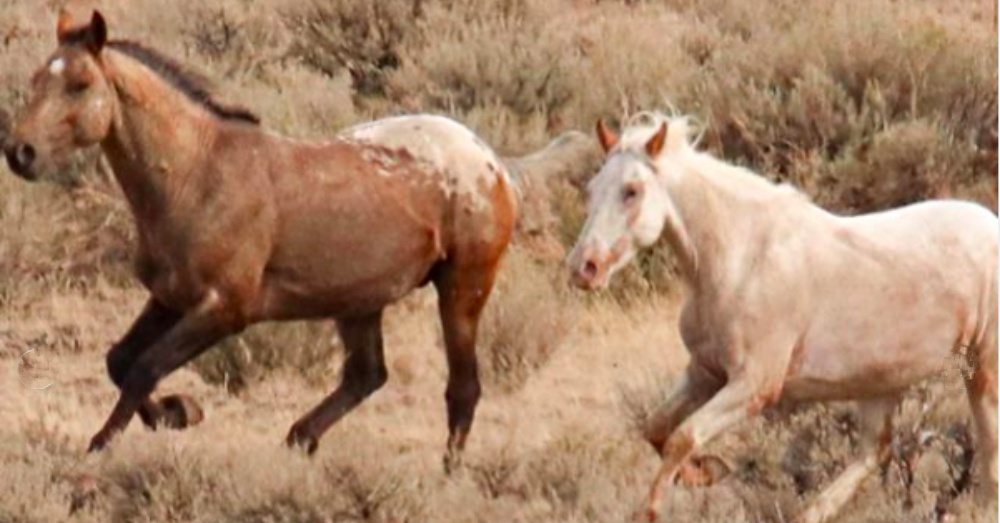 Clare Staples, founder and president of the sanctuary, was determined to find Ghost and reunite the couple. “There wasn’t a single time I went to the corrals in the last 2 years I didn’t look for this girl. I took photos of mares who were far away and would zoom in when I got home, to see if one was her,” she said.

Two years after the roundup, her persistence finally paid off and she located Ghost at an auction. Clare bid on Ghost and brought her home to the sanctuary to be reunited with Phoenix. 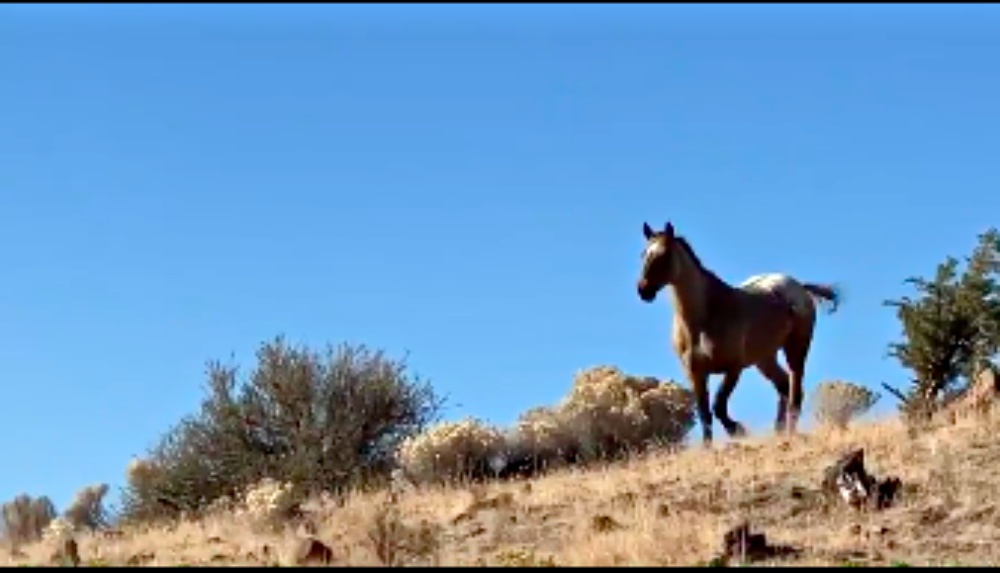 Their emotional reunion was captured on video and shared on the sanctuary’s social media. Ghost took off running into the pasture and headed straight for Phoenix who was standing on the top of a hill. “Phoenix sees her and calls out to her and she hears his call.” He paused as if he had seen a ‘ghost’ and then came running. The two touched noses and breathed into each other’s nostrils (how horses say “hello”) before running off together. 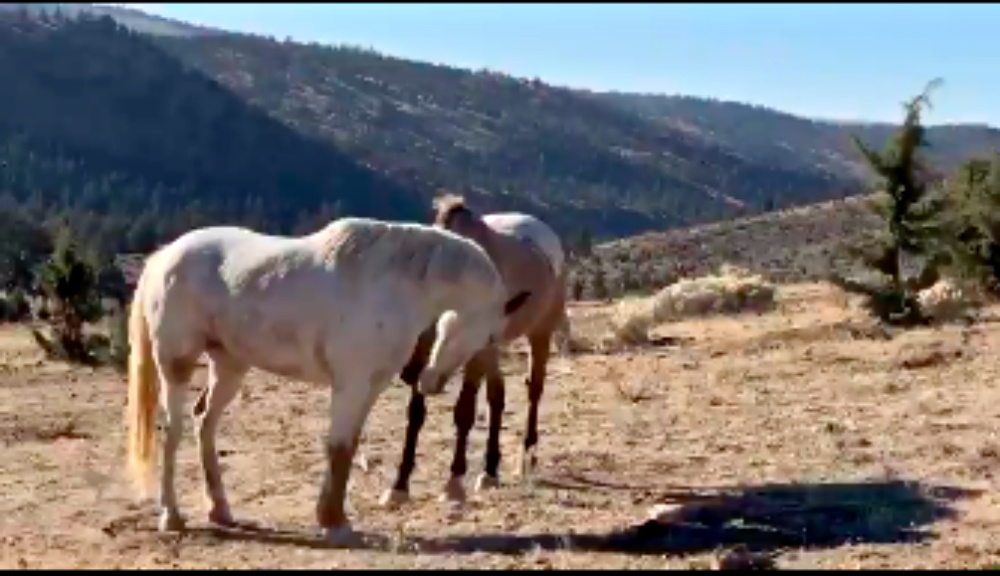 “He seems to be shining more brightly and has a confidence in his step that just wasn’t there before. He has blossomed now that Ghost is back by his side,” wrote the sanctuary.

“She is so strong and fierce and follows behind or in step with gleaming Phoenix, whose spirit seems to have risen from the proverbial ashes.” 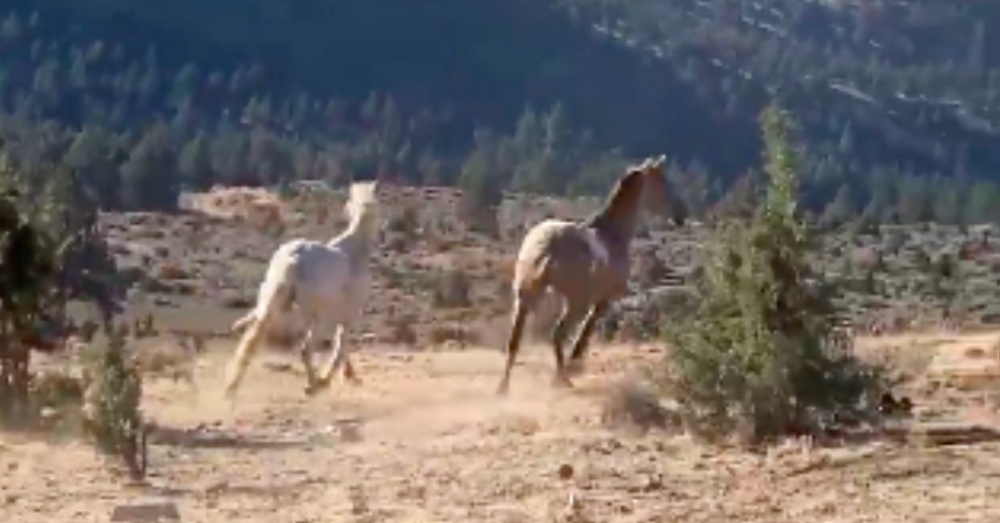 They haven’t left each other’s side and do everything together.

“This is the happiest of reunions, a wrong made right, a love story with the best ending. It’s exactly the way it was meant to be and we are so lucky and blessed to get to witness such happiness and joy,” posted the sanctuary.

The sanctuary will continue to fight for wild horses and attempt to reunite as many families as possible, hoping one day man will allow wild mustangs to live wild and free. The team rescued 19 horses from the Warm Springs herd and is now rescuing horses from a Wyoming roundup. 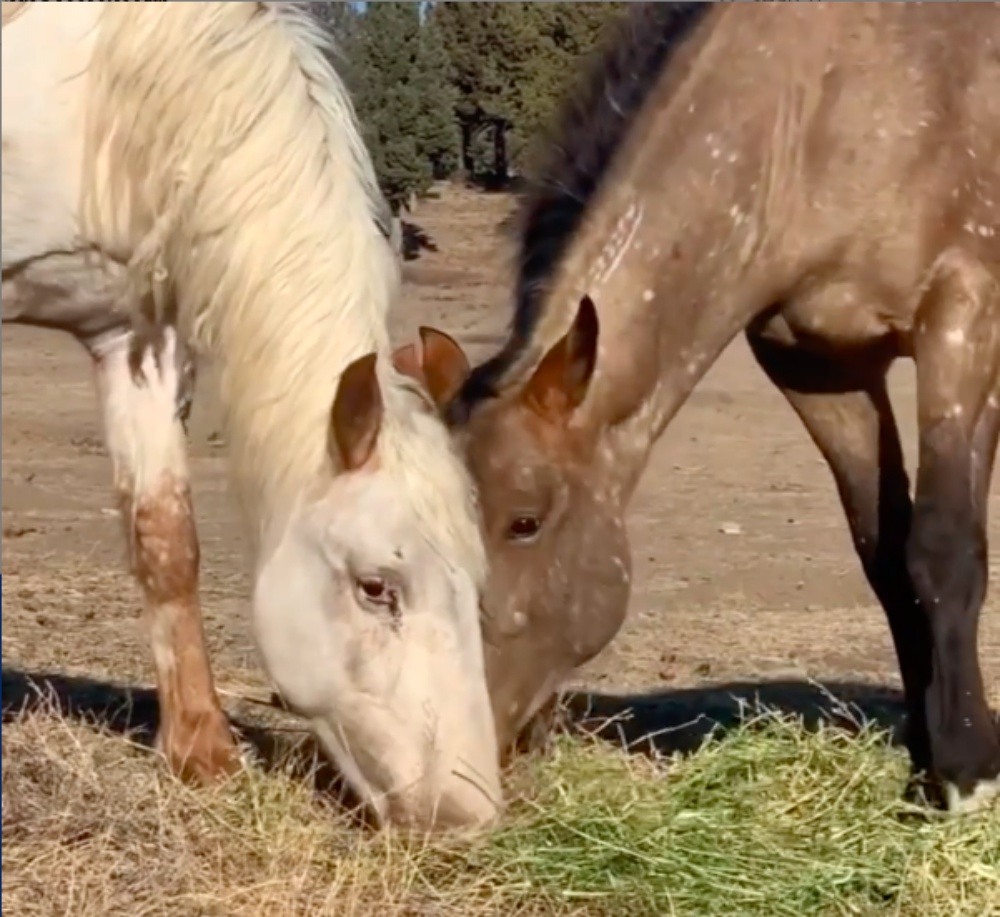 Phoenix and Ghost’s love story has gone viral and Clare said, “For me the real joy of this is how many more people around the world are discovering the plight of American Mustangs and wanting to help. The more we do to raise awareness the more people can speak up for them. Phoenix and Ghost are living proof of the family bonds these wild horses have and more and more people are reuniting these families – other sanctuaries and rescues as well as horse loving people.”

Watch as Phoenix and Ghost reunite in the heartwarming video below and don’t forget to share.