Wild mustangs are majestic animals and a sight to behold. They roam the open land and run free – until one day they are forced to run for their lives.

A heartbreaking scene is occurring in Southern Utah as Bureau of Land Management (BLM) attempts to roundup wild horses. Foals are seen trying to keep up with the herd that is being chased at a strenuous pace by a helicopter. Amid outcry from the public and wild horse groups, the roundup continues. 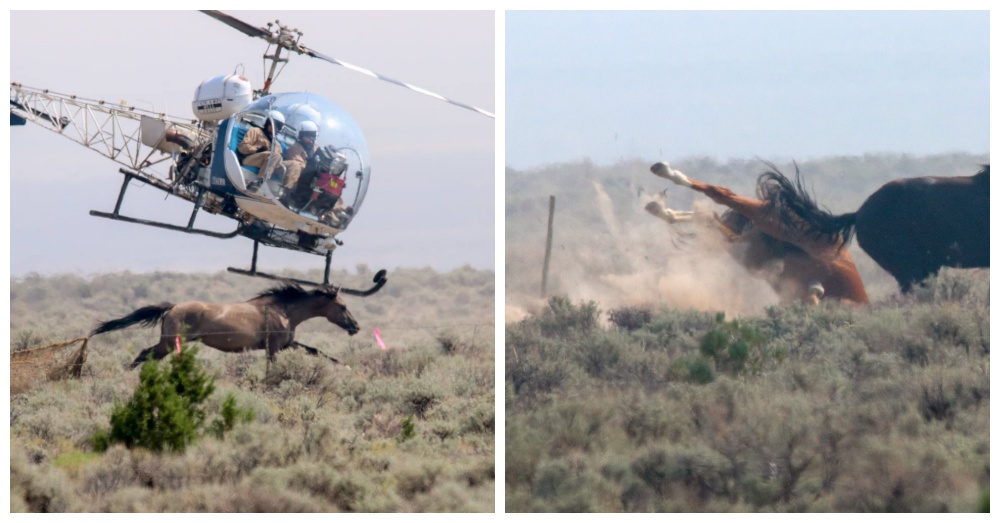 Horses are seen running into barb wire fence as a helicopter hovers a few feet above them. The frightened horses are running frantically to escape the approaching aircraft. Some of the horses that are being forced to run for their lives have leg deformities. The captured horses are torn away from their herd and will never set foot on the open range again. They are then put up for sale to the public.

American Wild Horse Campaign (AWHC) has been the voice for wild horses for many years. They try to inform the public and make change, so the wild horses can stay free. Advocates attend the roundups to document and make sure the horses are treated humanely. However, this roundup has shown even more mistreatment than others. 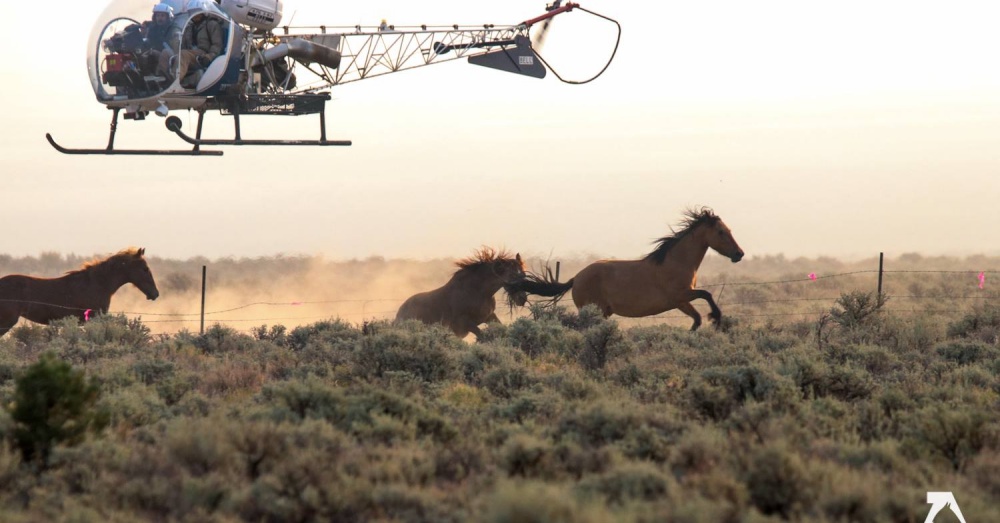 AWHC in a news release stated, “AWHC called on the BLM to ground the helicopters and investigate grossly inhumane handling of wild horses during this roundup.” The photos released by AWHC show terrified horses running into barb wire fences, causing outrage among the public. One photo shows a horse falling and tumbling headfirst into a barbwire fence. Another is a foal who was separated from the herd and wandering amongst cattle. Yet another, shows a herd with four foals trying to desperately escape the helicopter. 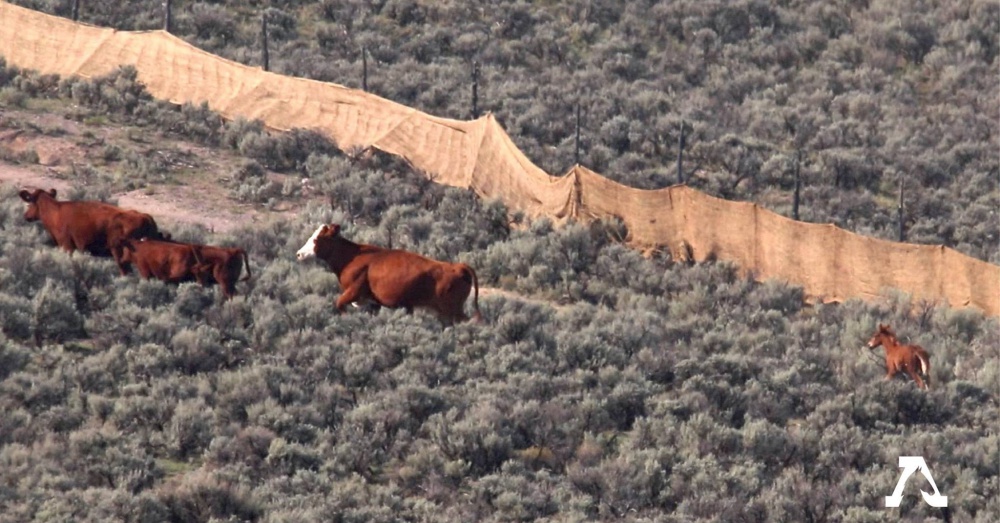 Executive Director of AWHC, Suzanne Roy, wrote a letter to BLM Utah State Director, Ed Roberson, stating, “We call on the BLM to suspend the roundup underway currently in Utah by grounding the helicopters while an investigation is undertaken of the animal welfare violations documented by our observer.” The documented handling violates the BLM’s Comprehensive Animal Welfare Policy.

– Driving horses at a distance and speed that is causing young foals to fall behind and be separated from their mothers.

– Roping a 2-year old stallion to capture him and get him into the trap. 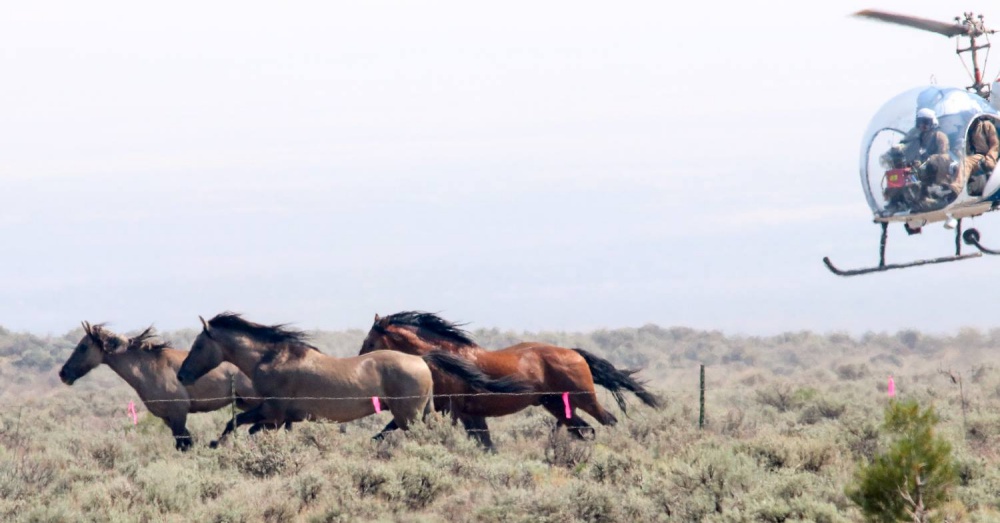 Roy goes on to say, “There is a way to manage wild horses, and this is not it. Nearly hitting wild horses with helicopters, repeatedly causing them to crash into barbed wire, and stampeding horses in a manner that leaves foals behind is unconscionable.”

Rep. Chris Stewart (R-UT) claims that wild horses are suffering from massive overpopulation and starvation. However, the captured horses have a body score of 5, which is the healthiest. This disproves their statement. AWHC states, “the BLM authorizes approximately 1,600 privately owned cow/calf pairs to graze at taxpayer expense.” 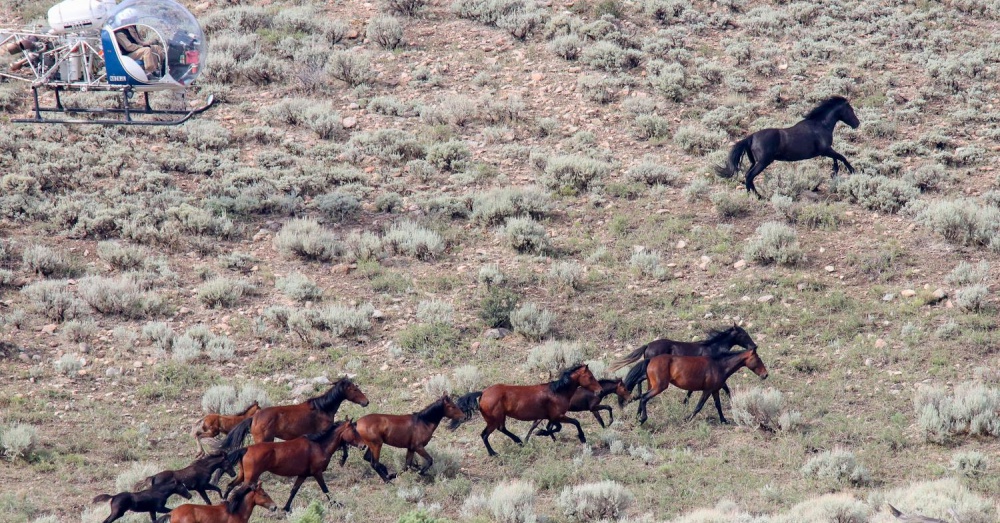 Stewart released a statement saying, “I, too, believe these roundups should be conducted in the most humane way possible. However, to suggest there isn’t an overpopulation issue simply flies in the face of the facts. The current number of horses on the range is over 80,000. The Appropriate Management Level (AML), set by the BLM, is just 26,690. The desert range simply cannot handle an additional 50,000 horses. Which is why I am continuing my bipartisan efforts to address the issue.”

BLM is wanting to remove 250 wild horses during this roundup from the estimated 5,000 wild horses and burros living in Utah. Please be a voice for the voiceless. Take action with AWHC. Together we can make a difference for the wild horses.

The U.S. Government Plans To Slaughter 100,000 Wild Horses and Burros: Click “Next” below!