Nearly 200 Wild Horses Found Dead In The Mud In Arizona

Drought and famine took the lives of 191 wild horses that roamed on Navajo Nation in Arizona. The horses were found stuck in the mud surrounding a dried up watering hole.

This section of Navajo Nation had a dry winter and spring causing many of the watering holes to dry up. Navajo Nation is 27,000 square miles covering parts of Arizona, New Mexico, and Utah. Horses were found buried up to their necks in mud. While others were found on top of each other forming a circle around where there once was water. 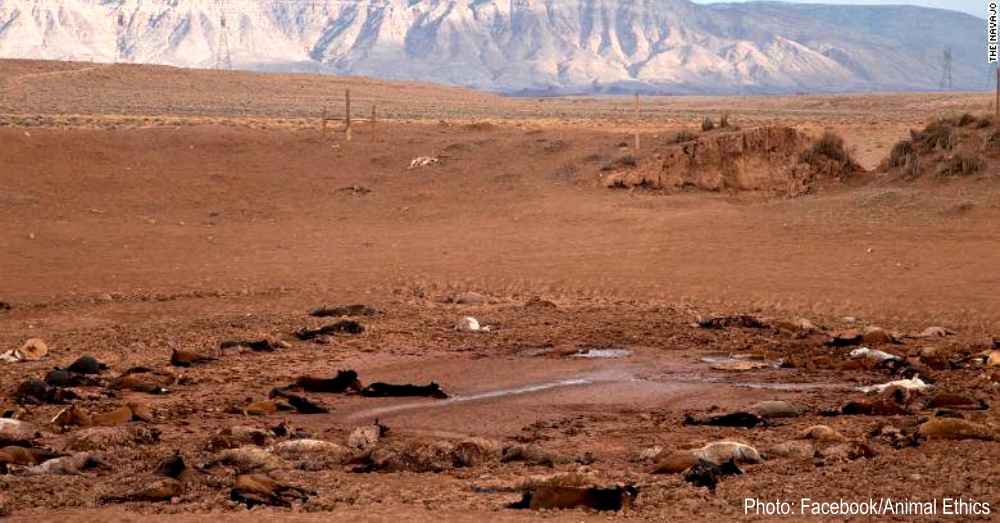 The area is now dried cracked earth that does not provide any water to the free roaming horses. Navajo officials were heartbroken when they discovered the dead horses. The grim site did have a glimmer of hope when one Navajo official found a three-week-old foal walking around her presumed mother’s dead body.

According to The Columbian, “Tribal officials carried it to a truck and used a long-sleeved, white T-shirt to keep it warm for the trip to a veterinary clinic 45 minutes away. They named her Grace.” 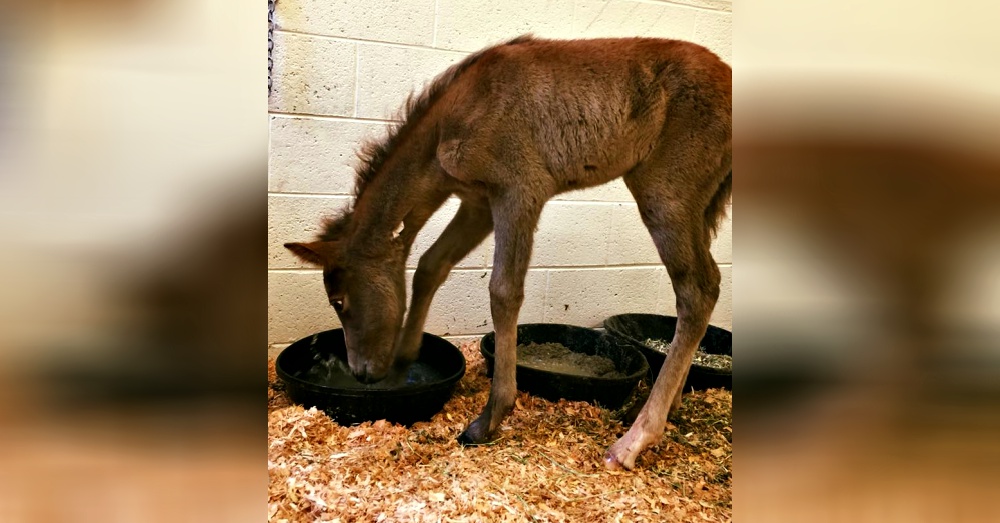 Grace was brought to Coconino Humane Association for veterinary care. She was suffering from dehydration and starvation. After giving her fluids they noticed her kidneys were not functioning correctly. She remained on fluids with hopes her kidneys would start working properly.

Grace or “Gracie”, as she is called by the vet, is slowly starting to improve. She was fed a mash and given milk replacer to help her regain her strength and health. For short periods, Grace would play but mostly she slept when not eating. 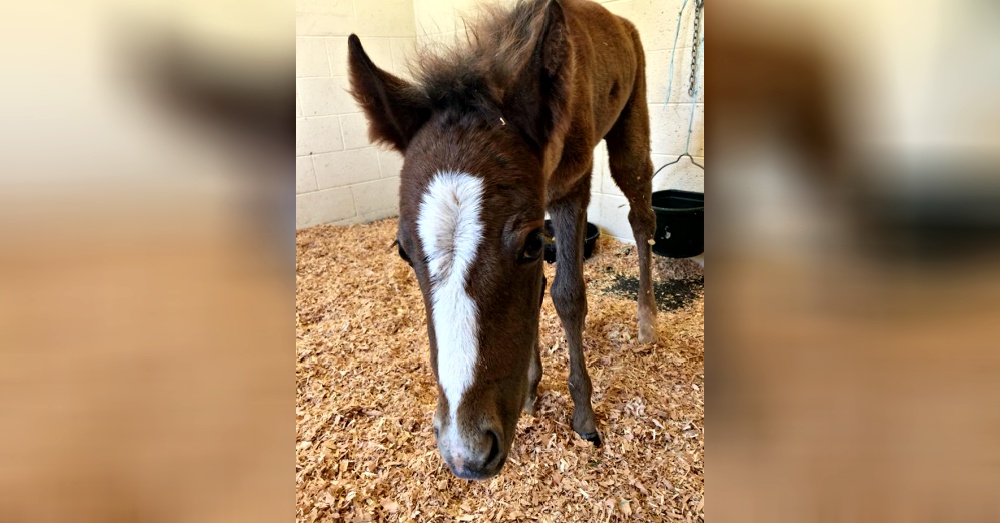 The vet posted, “Grace has been doing great! She is no longer in intensive care and has been upgraded to observation. Her kidneys have improved and her labs are showing good function. She hasn’t required additional fluids since yesterday. She is eating well and is starting to show some normal curiosity. We are so pleased with her progress!” Hopefully, Grace will make a full recovery and be adopted into a loving home.

This sad reality of horses dying from drought is not something new, but is happening more often. Horses are sacred to the Navajo people, and they plan on burying all the dead horses on the land.

Four Orphaned Foals Are Taken In By Gentle Gelding: Click “Next” below!