A troubling incident occurred on Assateague Island, home to the famed wild horses, where one of the horses had a balloon string stuck in her throat – proving just how dangerous balloons are.

While all types of balloons are prohibited on the island, they still manage to appear in the grass and the water. When a balloon is released into the sky it can travel hundreds of miles before it falls back to the earth in the form of pollution. 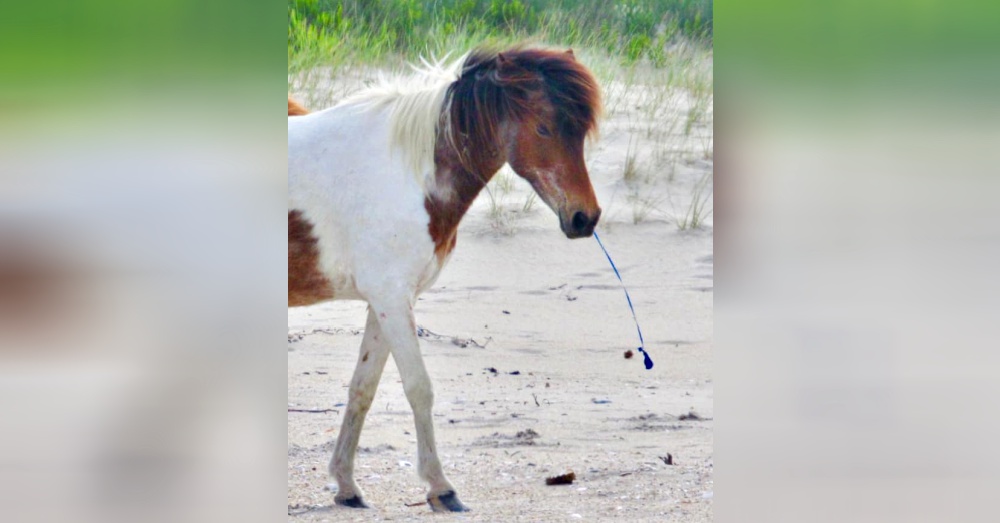 The balloon may have deflated but the string and deflated balloon can be deadly to horses and other wildlife. The string falls into the grass which the horses graze on and accidentally pick up. Once they start to chew and are unable to process the string, it can wrap around their intestines or cause them to choke.

Penny Bowles Sperry posted, “The saddest thing I’ve seen on Assateague. This beautiful pony was frantic trying to get that ribbon out of her throat. Park Rangers were called but due to how protective the rest of the band were they couldn’t get near her.” 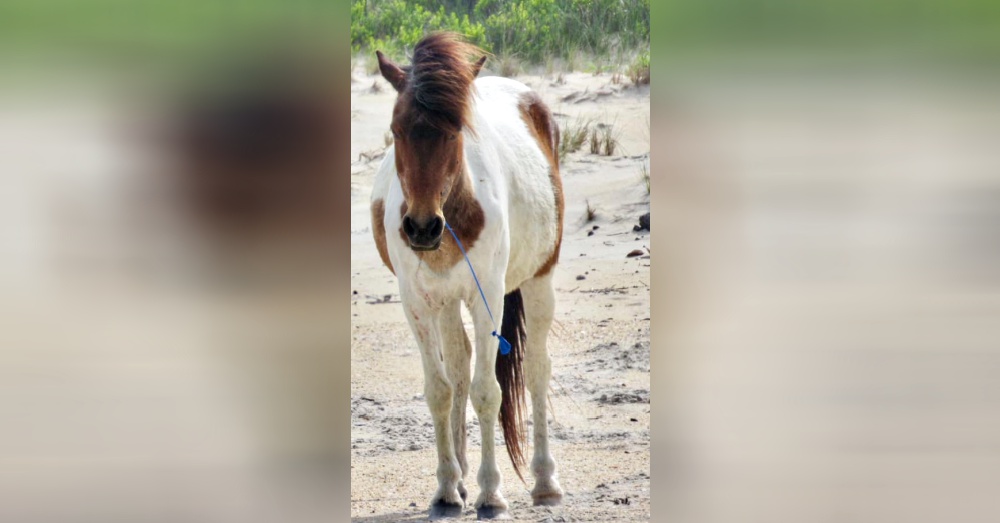 National Park Service rangers attempted to help one of Assateague’s wild horses when they spotted the mare with a blue balloon string hanging out of her mouth. Afraid that she was choking on the string, they approached slowly but the rest of the herd surrounded her.

The rangers backed away and watched as the horse continued to graze and eventually chewed through the string. However, a piece of string was ingested and rangers are not sure how long of a piece it was. The remaining string and deflated latex balloon were recovered. 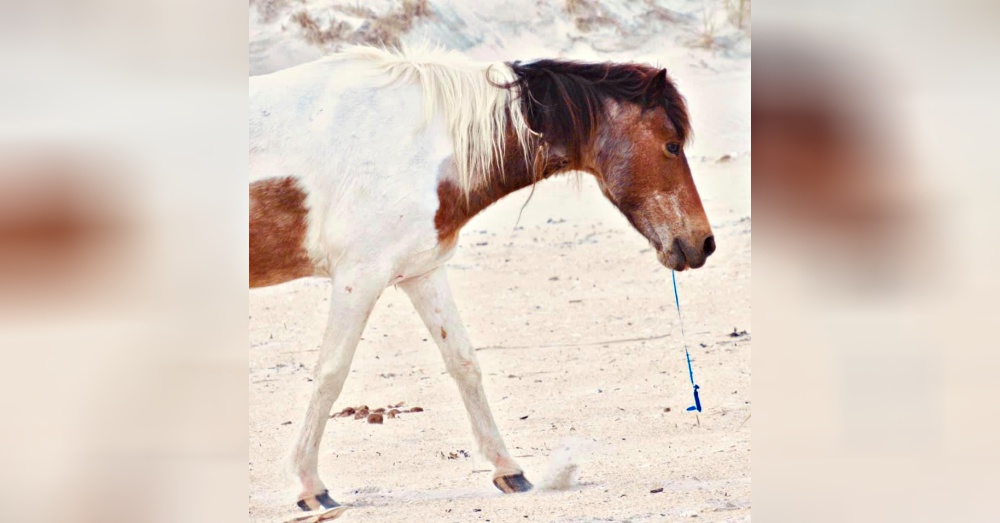 Liz Davis, Assateague Island National Seashore Chief of Interpretation and Education, said, “We speculate the balloon was entangled in the grass and was subsequently eaten by the horse. Yet another detrimental example of the environmental consequences resulting from balloon releases.”

Penny went on to say, “Whomever purchased this balloon probably thought it was ok because it was latex and therefore biodegradable and better than Mylar. What they didn’t take into account was the ribbon and the fact that latex takes anywhere from 4 months to 6 years to degrade.” 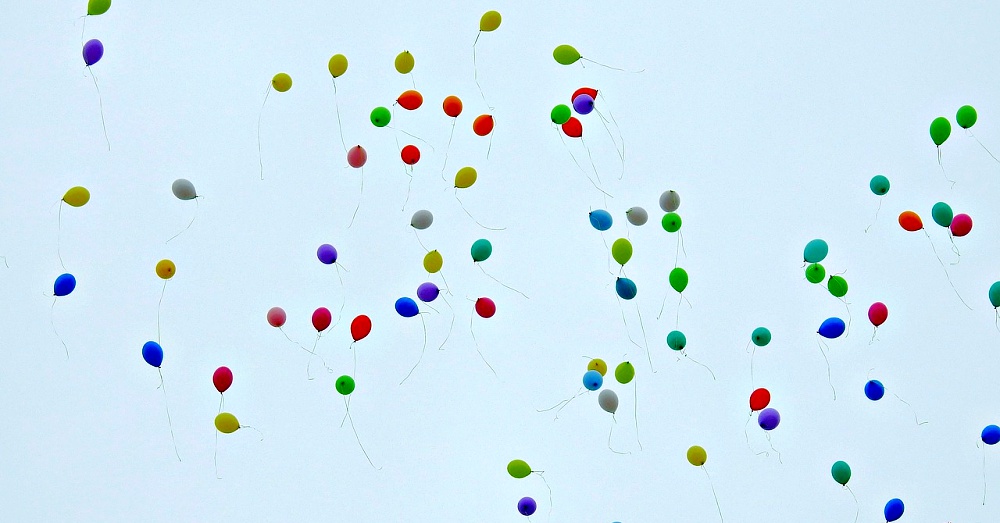 “PLEASE STOP BALLOON RELEASES. They don’t go to Heaven, they float around until they burst or run out of helium and then they fall back to earth posing a huge risk to wildlife and litter our environment.”

Upon hearing that the horse appeared to be ok for now, people took to Facebook to voice their opinions on balloons. One person wrote, ” I hope everyone who releases balloons looks at this and now understands the damage that is wrought by this behavior. There is no valid reason for releasing a piece of litter into the environment, especially something that can cause damage like this. Find some other way to celebrate or honor because I know if my family did this for me and something like this happened…I would feel neither celebrated nor honored, I would be appalled.” 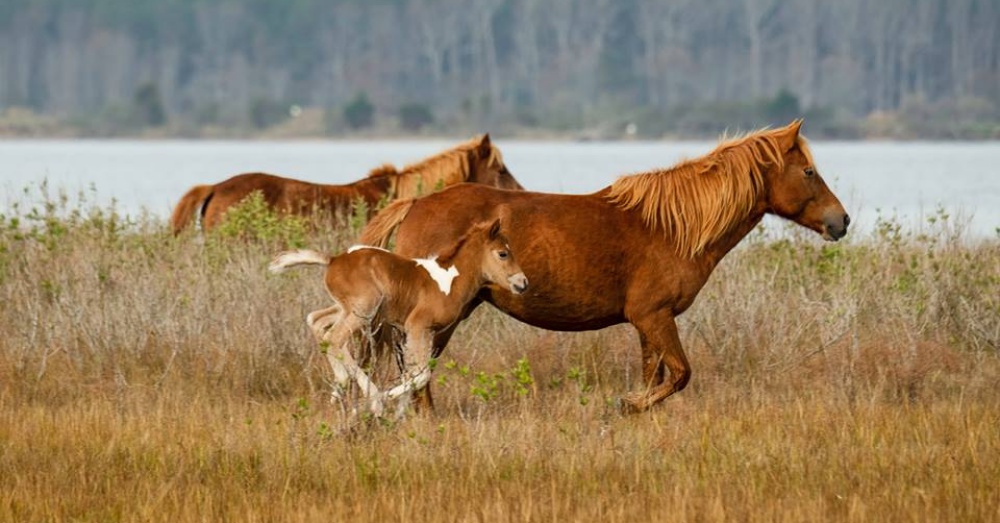 A recent population census found 76 horses roaming free on 27 miles of the barrier island. To protect them and all the other wildlife and marine life, please share this story. Educate others so balloon releases will no longer occur.

Brave Men Discovered A Trapped Wild Horse And Set It Free: Click “Next” below!