Wild mustangs face many dangers on the open range, especially foals. A young filly named Holly G, from a band of wild mustangs on the Virginia Range, was separated from her mother and herd when she entered a fenced-in area.

Volunteers trained to rescue wild horses arrived to help set the foal free. After several attempts, rescuers managed to corral and use a chute to safely load the foal onto the trailer. 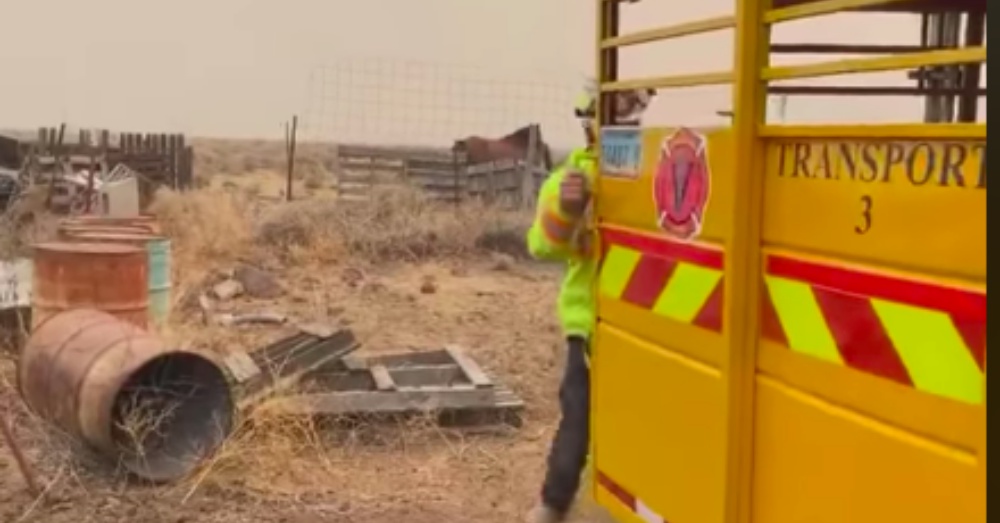 Meanwhile, another group of volunteers set out to track down the band of mustangs so the filly and her mom could be reunited.

Luckily, the herd was nearby and rescuers were able to temporarily fence them in to safely reunite the foal and her mother. Rescuers opened the back of the trailer and then stepped aside to watch the reunion. 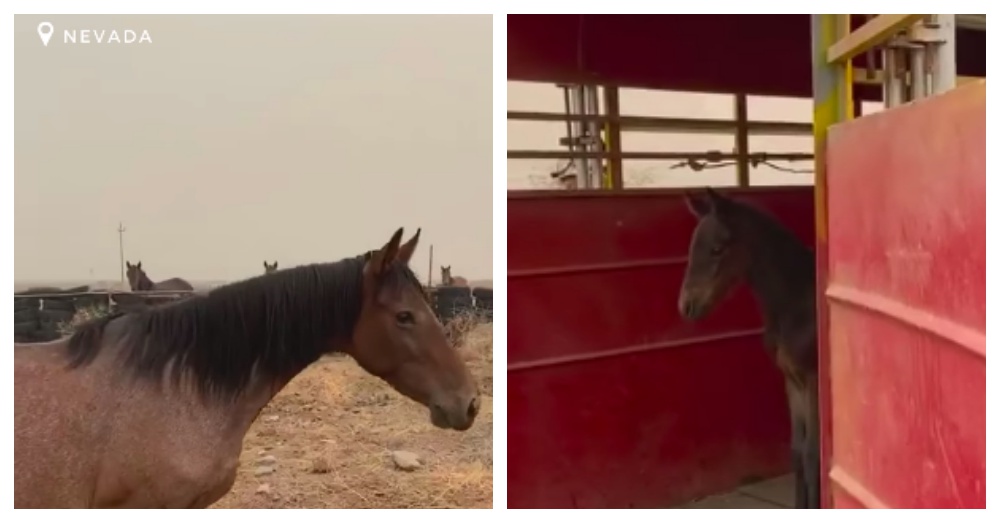 The American Wild Horse Campaign shared the story and wrote, “When the trailer with the foal inside pulled up to the area where the band was enclosed, a wild mare whinnied to her baby and even stepped right into the scary trailer to retrieve her.” 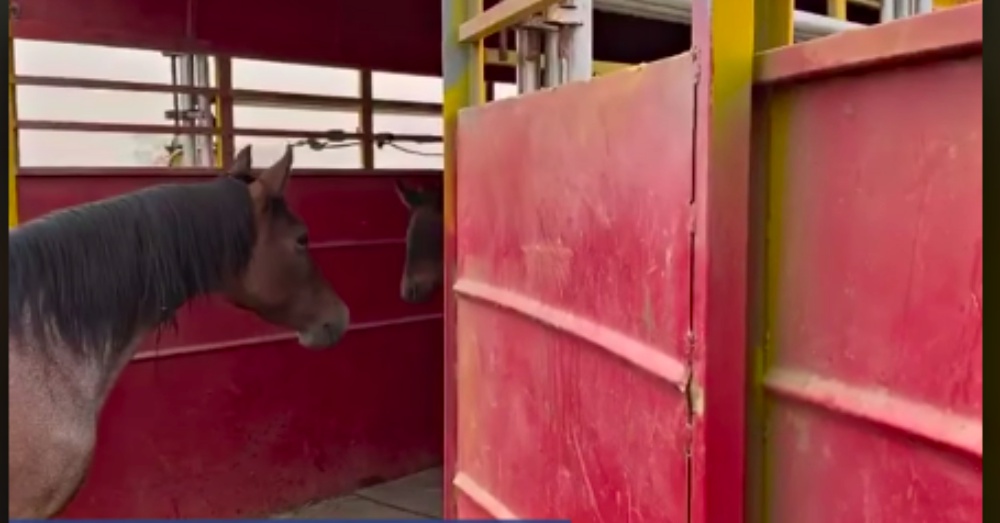 A touching video was recorded of the reunion which showed the worried mom whinnying to her baby and the foal whinnying back. While most wild horses won’t even go near a trailer, the mare didn’t hesitate entering it to reclaim her foal. 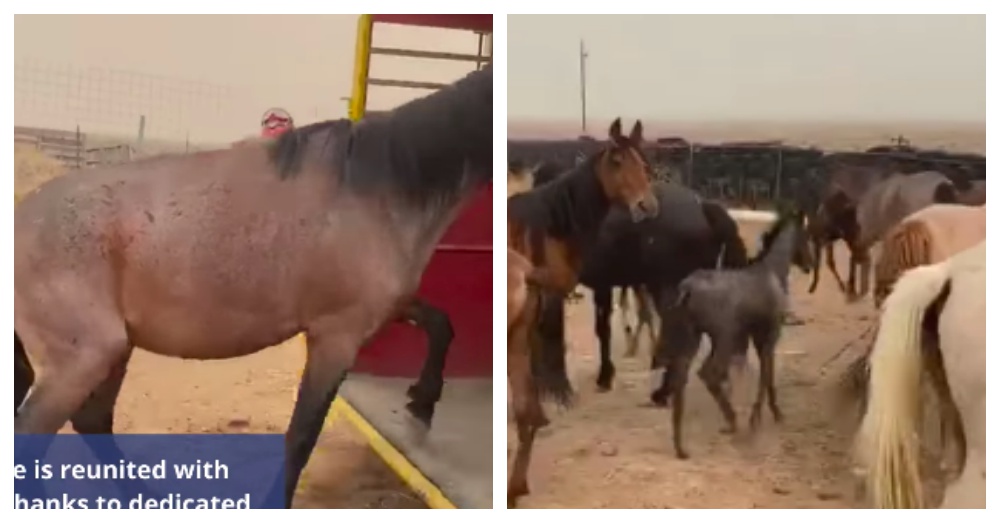 “After the foal nursed for a good while, the band happily moved off together.”

The dedicated volunteers were praised by thousands of people for their efforts and for proving there still are good people in the world. The video was viewed by 1.8 million people and one commented, “How amazing. Whoever these volunteers are Thank you so very much. They didn’t have to go through all of that to reunite that family but they took their time and changed that babies life. Thank you again.” 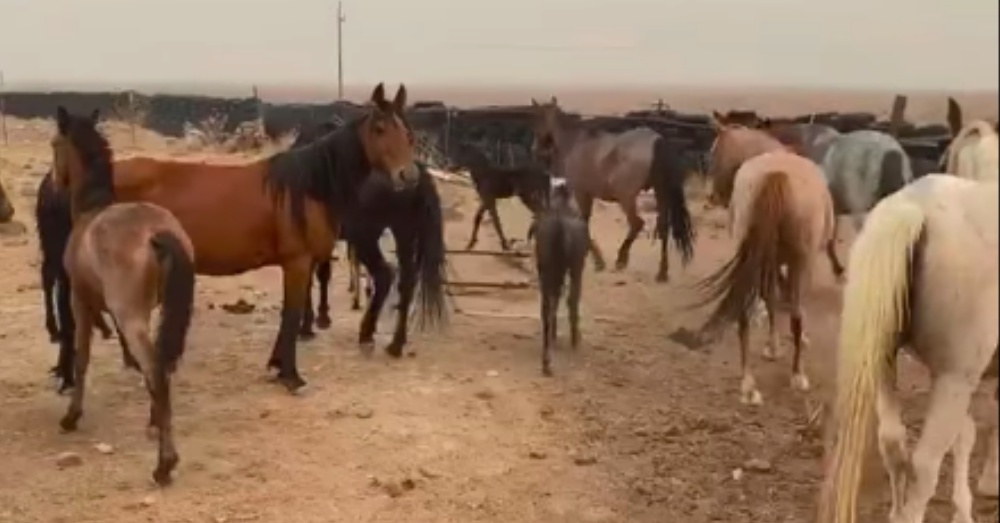 While all wild mustangs are part of American History, the wild mustangs, including Holly G and her mom, living on the Virginia Range are historic for another reason.

The Virginia Range in Northern Nevada is home to roughly 2,000 wild mustangs who are known as “Annie’s Horses”.

The historic horses inspired a woman named Velma Johnston, but more commonly known as Wild Horse Annie, to lead a campaign against the use of motorized vehicles to hunt wild horses and burros on all public lands. Her dedication and hard work resulted in the first federal law to protect wild horses called “Wild Horse Annie Act” and later to pass the federal “Free-Roaming Wild Horses and Burros Act” of 1971.

Watch the heartwarming reunion in the video below and don’t forget to share.