Abused Homeless Pit Bull Wandered The Streets, Searching For Someone To Finally Show Him Love

Hope For Paws was contacted by a film crew about an injured homeless dog who had been seen wandering the area.

Someone was nice enough to follow the dog around and keep an eye on him for an hour while Hope For Paws rescuers drove to the scene. Once rescuers arrived, they made sure he wouldn’t run into the road and get hit by a car. 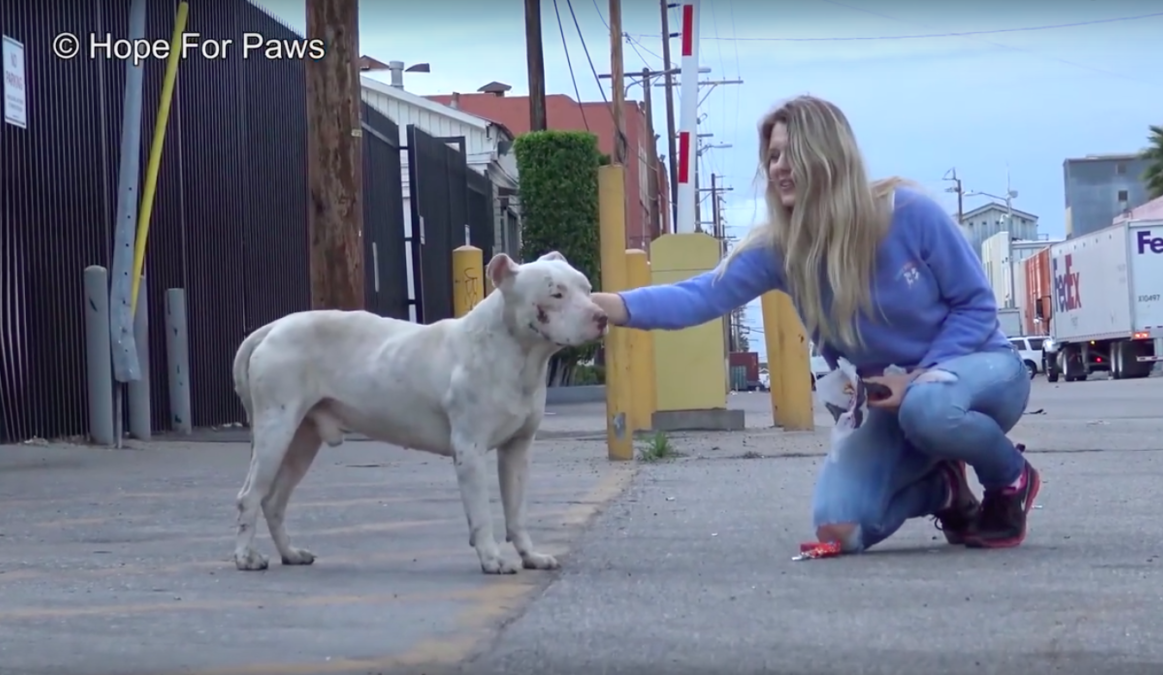 Then one of the rescuers, Loreta Frankonyte, offered the dog a piece of cheeseburger, which he gladly accepted. You could tell he was cautious, but at the same time, he was starving. He went right up to the women and took the food from their hands. He even stood there afterward and let her pet him. 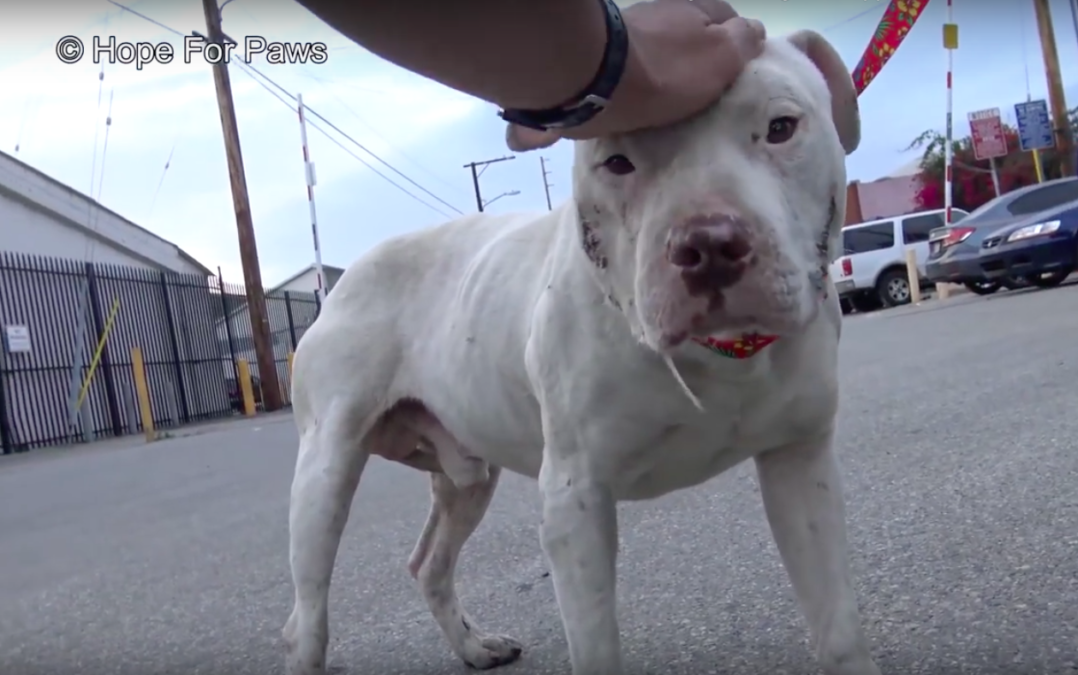 When they took the leash out, he started walking away, but he never left the area. Rescuers went up to him a second time and offered him more food and affection, which he accepted again. As she was petting him, she quickly slipped the leash over his head. 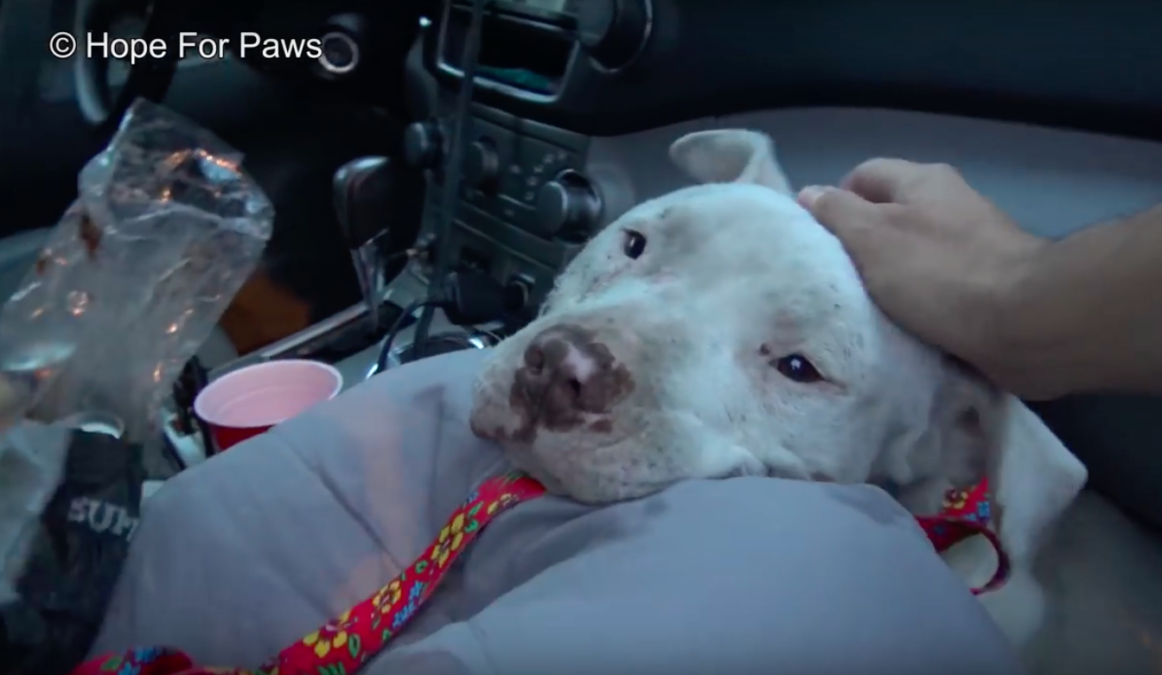 They walked him back to their car as the film crew watched. Everyone was so happy and relieved that this poor dog was finally in good hands.

He hopped right into their car on his own. It was obvious that he was also happy to be rescued and finally off the streets. They decided to name him Wilbur. They immediately brought him to their vet for medical attention. 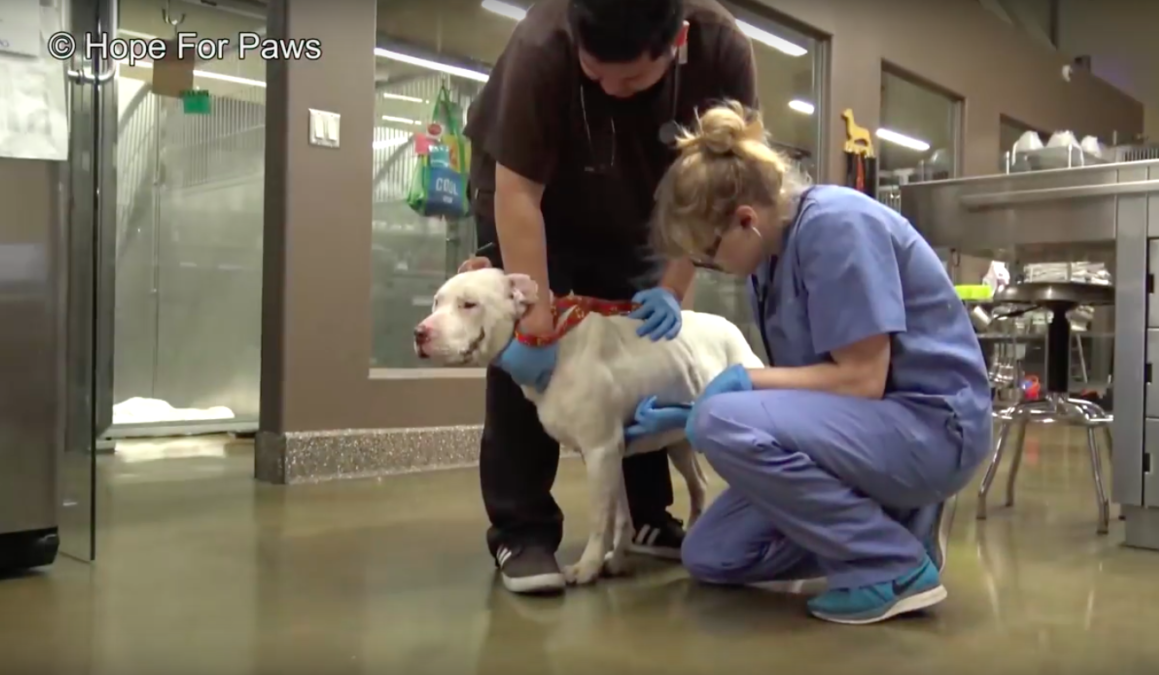 Wilbur cooperated at the vet and was such a good dog. He was treated for his injuries and well-fed. Soon enough, he had gained weight, and the cuts all over his face had healed. He rolled around on the blanket they gave him, which was probably his first source of comfort in so long. 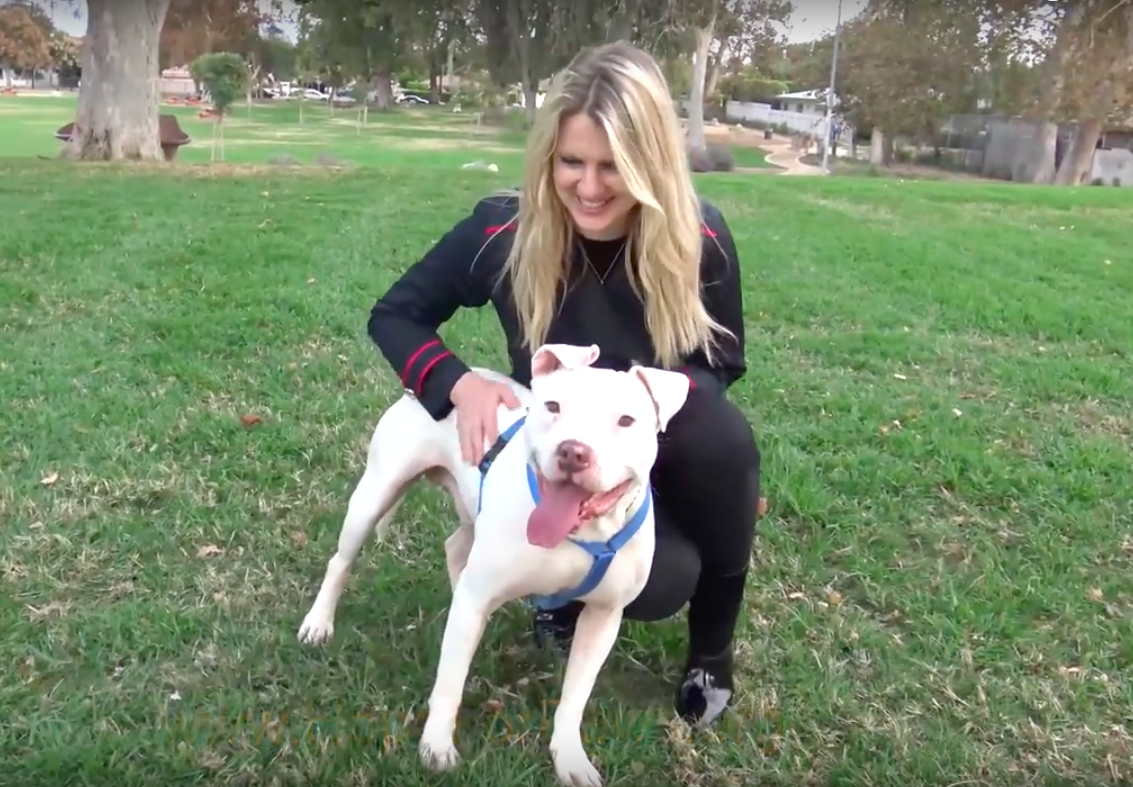 Wilbur’s past is a mystery. They’re unsure of if he was a stray his entire life or if he once belonged to a family. But regardless, he now never has to worry about living on the streets ever again. He is in foster care and loving the start to his new life.

Wilbur is now searching for his forever family. If you’d like to give this friendly, sweet dog a permanent loving home, contact www.BarkNBitches.com.