92-year-old Sally Rewehooeern, from Mount Vernon, Washington, moved from her home-country of Holland in 1953, and has been widowed for the last 27 years. Her children live all over the country, so she often finds herself to be very lonely.

At the same time, her neighbor’s dog has passed away, and the family was absolutely devastated. That’s when they got a new St. Bernard puppy named Brody, who not only brought the family joy, but also brought Sally so much happiness as well. 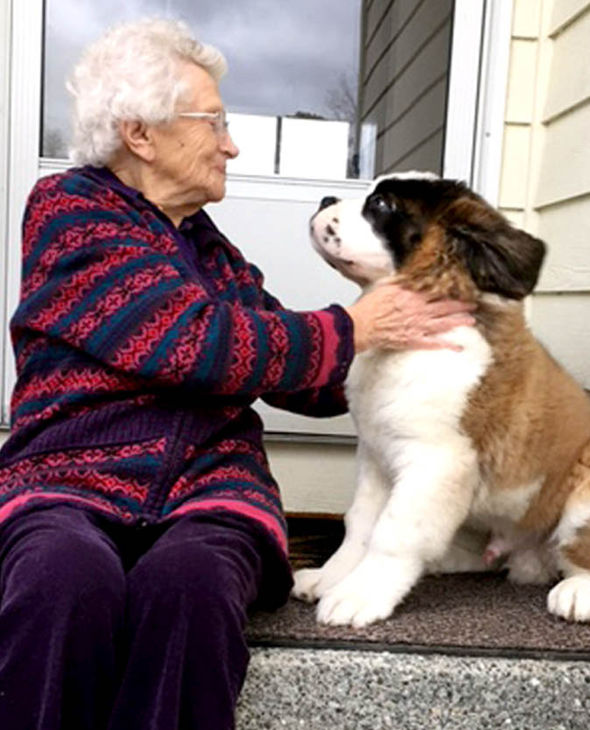 Sally grew up on a farm of St. Bernards, so being with Brody brought back so many great memories. Brody loves Sally just as much as she loves him. He always keeps her company and wanders around her home as he pleases. 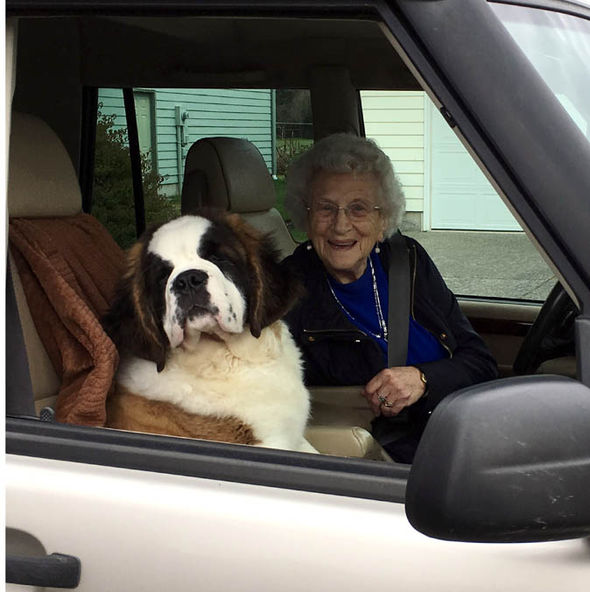 Brody joins her while she’s gardening, accompanies her on walks, and even tries to get into her car with her.
The family’s late dog, Blizzard, used to always wander to Sally’s house as well. She definitely has a way with dogs and it’s safe to say she’s a dog whisperer! 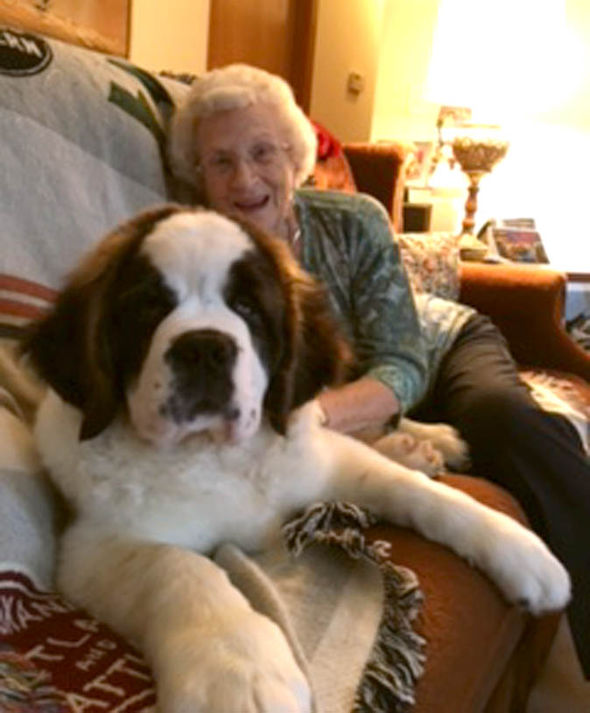 Sally is proud of herself for being so active at such an old age, but she now has Brody to thank for helping her out! They make such an adorable duo, and I’m so glad that Sally has a new fluffy best friend! Check them out in the video below: