Why Dogs Twitch In Their Sleep

There is just something peaceful about watching a dog sleep and when you start seeing their little paws twitching, you can’t help but love them even more. At that point, you are probably imagining some happy scene playing in your dog’s dreams, such as running by a stream or perhaps chasing a squirrel.

In reality, you aren’t far off base in your assumption. Just like humans, dogs are able to dream and they have a REM sleep cycle. When you see them twitch, they are responding to what happens in the dream. Any dog is capable of having those muscle movements while they are dreaming but, according to PetMD, it is more common in older or younger dogs. This is due to the part of the brainstem known as the “pons” that has the “off switches” that regulate movements occurring during sleep.

“If either or both of these ‘off’ switches are not fully developed or has grown weak due to the aging process, then the muscles are not completely turned off and during dreaming, the animal will start to move,” according to a neuropsychological researcher and former psychology professor at the University of British Columbia, Stanley Coren. He also told PetMD, “How much movement occurs depends upon how effective or ineffective these ‘off’ switches are.” 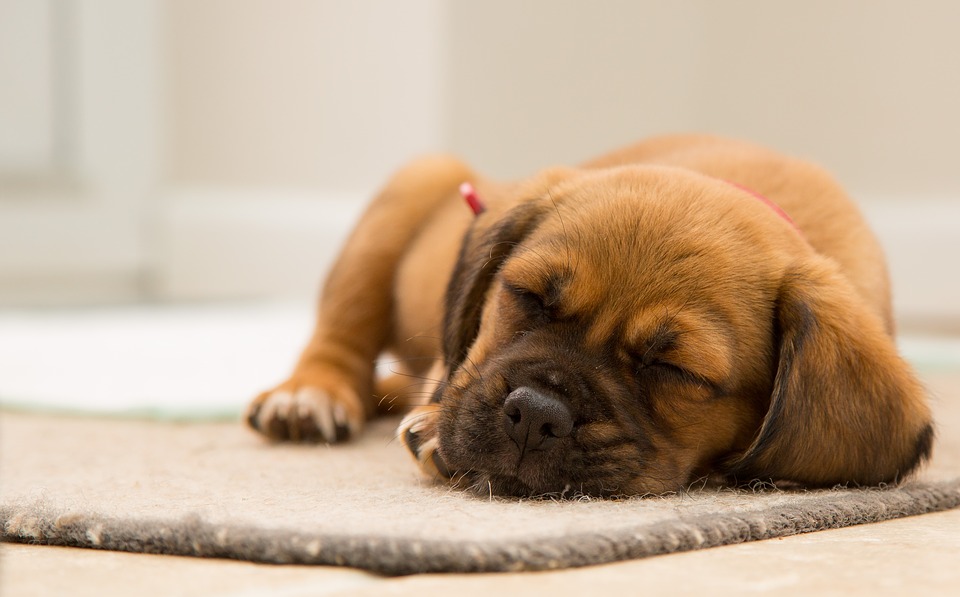 If your dog looks as if he is enjoying himself while dreaming, just sit back and enjoy knowing that he is probably in a great place. If you have a suspicion that a nightmare is taking place, be cautious when waking up the dog. According to the American Kennel Club (AKC), abruptly waking a dog from a nightmare might result in a nasty bite before they realize they weren’t really in distress.

It is also important to understand the difference between a dog having a dream and how they might move during a seizure.

On the AKC website, the chief veterinary officer, Jerry Klein described it in the following way: “Some [dogs] manifest dreaming with twitching, paddling, or kicks of the legs. These movements are often brief (less than 30 seconds) and intermittent. Seizing dogs’ limbs, on the other hand, tend to be rigid and stiffer, with more violent movement.”

A loss of bowel control may also accompany a seizure. If that happens, a veterinarian should be consulted.