I personally love black cats. I think they’re so beautiful with their shiny black fur and vibrant yellow or green eyes. When the time comes and I’m able to adopt a cat again, I’m definitely going to be getting myself a little black furball. While I might be one of those who likes black cats, there are many people out there who would be wary of them, mainly because they’re supposedly unlucky. But where did cats pick up such a bad reputation?

Most of the myths and legends surrounding black cats date back to the Middle Ages, particularly the fourteenth century. Back then, black cats were closely associated with black magic and the devil, but no one knows exactly how cats got wrapped up with that association. However, when the Black Death plague was being spread through Europe by rats, it was the cats who could’ve helped to stop the spread of the rodents. But because people were so afraid of black cats and witchcraft, they’d often kill cats so they only made it worse for themselves – ironic, isn’t it?

This association of cats with witchcraft and the devil continued well into the Puritan times when pilgrims made their way over to the New World. Cats, particularly the black cats, were often said to be a witch’s “familiar” or a servant of theirs that helped them carry out their nefarious ploys. So when the Salem Witch Trials went ahead in America, it wasn’t uncommon for the poor cats to be persecuted as well – especially since there was also a belief that witches themselves could turn into black cats. 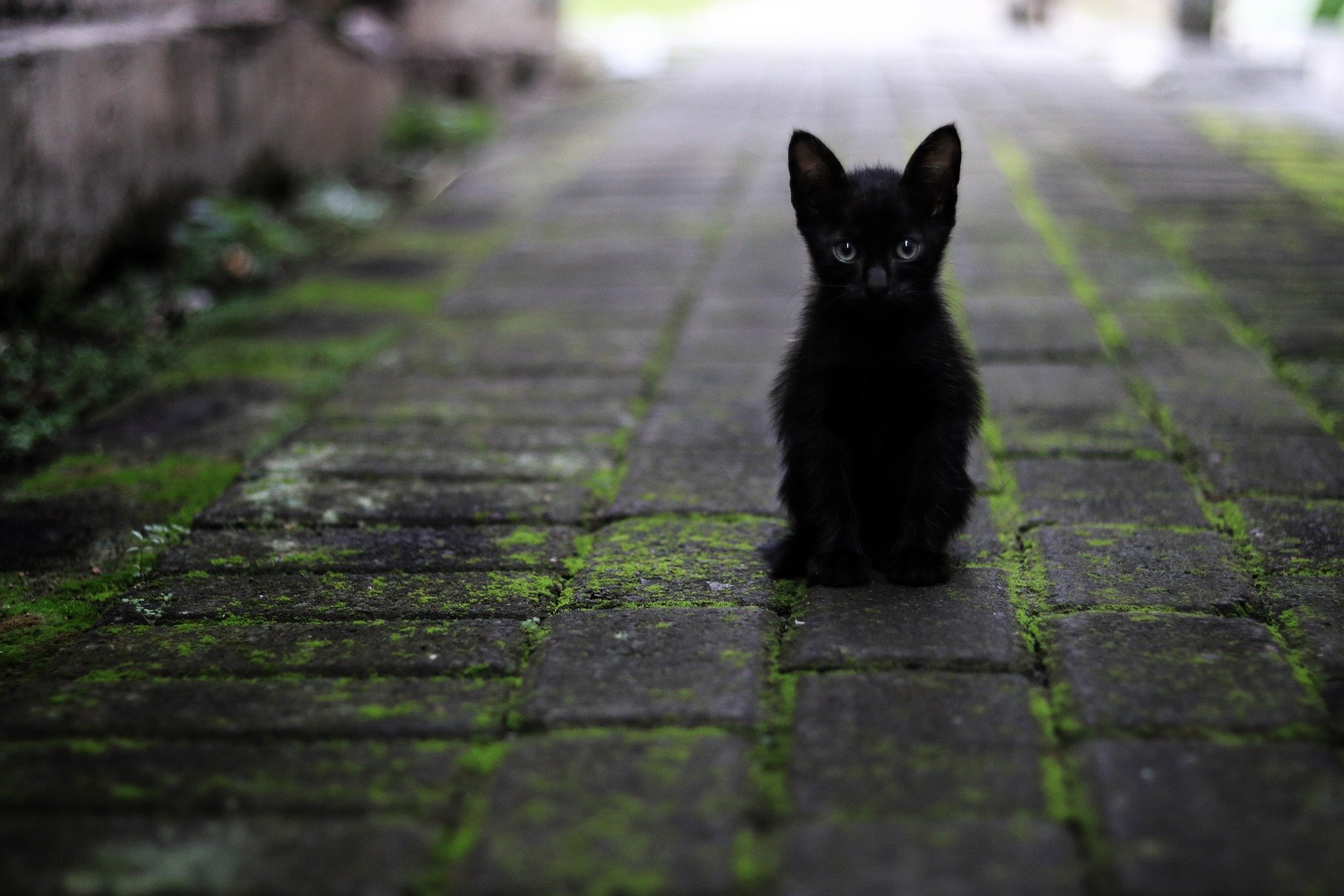 Thus started a whole legend about black cats being an omen of death and destruction – especially if one crosses your path. I personally always see it as good luck if a black cat crosses my path because that means I get to pet it – and how could anyone get bad luck from petting a friendly, black kitty? Interestingly enough, the Germans seemed to have come up with a really elaborate superstition surround a black cat crossing your path. They believe that if the black cat crosses your path from right to left then you will receive bad news, but if the cat crosses your path from left to right then you will have good luck. This right to left, left to right superstition even got a maritime twist as some pirates had a similar superstition. It might sound silly, but at the end of the day pirates were sailors too, and sailors can be a particularly superstitious lot. They believed that if a black cat walked onto a ship and then walked off, then the ship would sink. Perhaps that is why back in the day it wasn’t uncommon for sailors to welcome black cats aboard – they wanted them to grant them a bit of good luck while sailing.

Of course, not everyone buys into the whole “black cats are bad luck” belief. There are some who believe that black cats can be a sign of good things to come. In England, up in the Yorkshire area, there is an old wives tale that a black cat given to a bride as a wedding gift can actually help to bless the marriage. I personally wouldn’t mind a black cat as a wedding gift – I’ll take four of them! And back in the day, sailors would often bring black cats aboard their ships. Sometimes sailors’ wives would also keep black cats at home as an added dose of good luck. And the Japanese view black cats as a symbol of good luck, especially for single women. The Russians have also viewed black cats as lucky for decades as well. And even though it has already passed, in our modern society, we do have the annual “Black Cat Appreciation Day” every August 17th. These beautiful black felines definitely deserve a little more good luck credit than we give them!