Guests aboard Alaska Sea Adventure’s charter boat, Northern Song, and its captain were thrilled when they spotted a rare all-white killer whale swimming off the coast of Petersburg, Alaska.

The white killer whale appeared to be glowing as it swam with its pod of typical black and white killer whales and hunted seals. The entire crew and passengers were in awe of the white whale named TI’uk by researchers .

“Meet TI’uk! A rare white killer whale whose name in Salish means, ‘moon’. TI’uk greeted us last week off Cape Bendel when we were on a charter with guests,” posted the charter boat company. 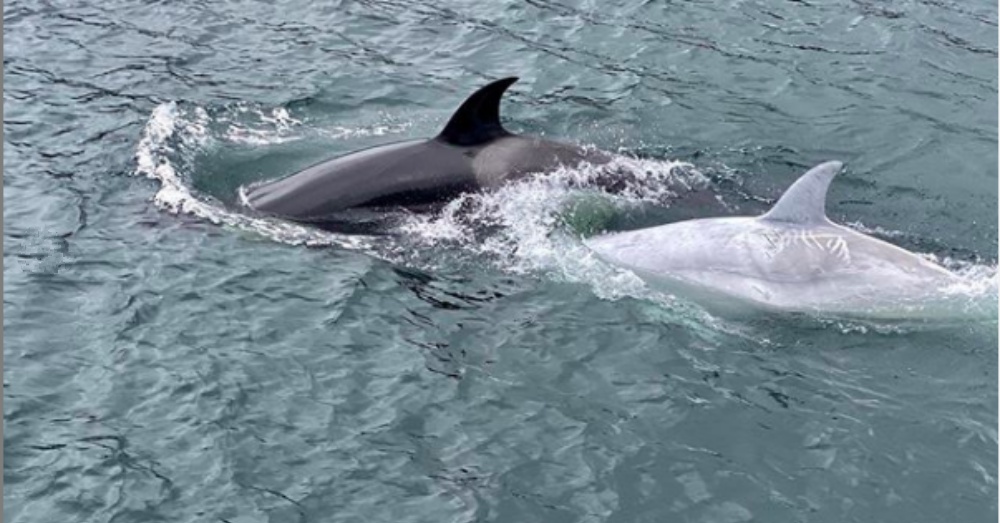 Captain Dennis Rogers has been sailing the waters in Southeast Alaska for over 45 years and this was his first time spotting a white killer whale. However, he spotted the same whale a few days later outside his home on the water. He grabbed binoculars and was excited to see the rare whale once more.

Scientists believe he has a condition called leucism. First mate Stephanie Hayes, graduate student studying marine biology at the University of Alaska Fairbanks, described the condition as “a lack of vibrancy in its pigmentation,” and said it may be a result from inbreeding. 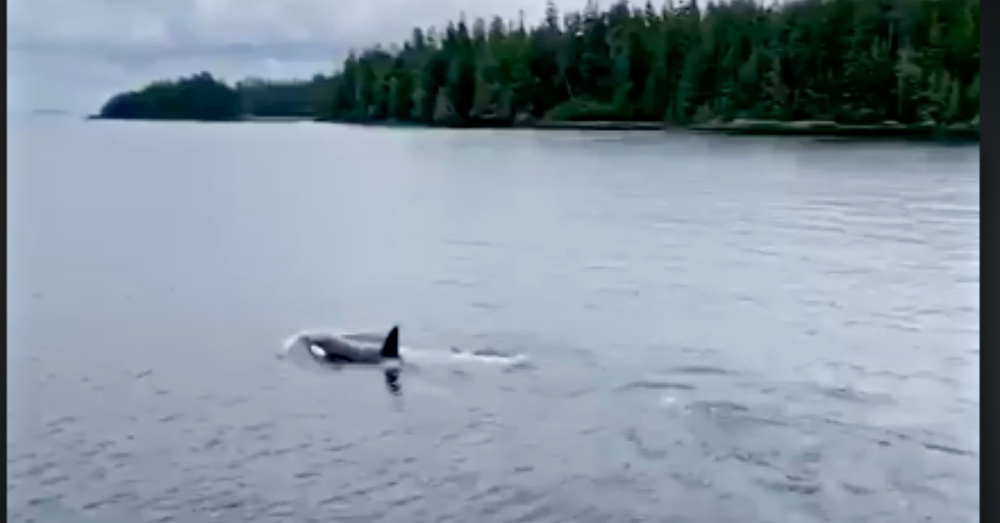 “A white killer whale? Yes! One of only about five alive in the world,” she wrote on Instagram. “A once in a lifetime sighting, killer whales with leucism are incredibly rare and even researchers never expect to see one in their career.”

The photos and video captured by Hayes and Rogers are going viral. 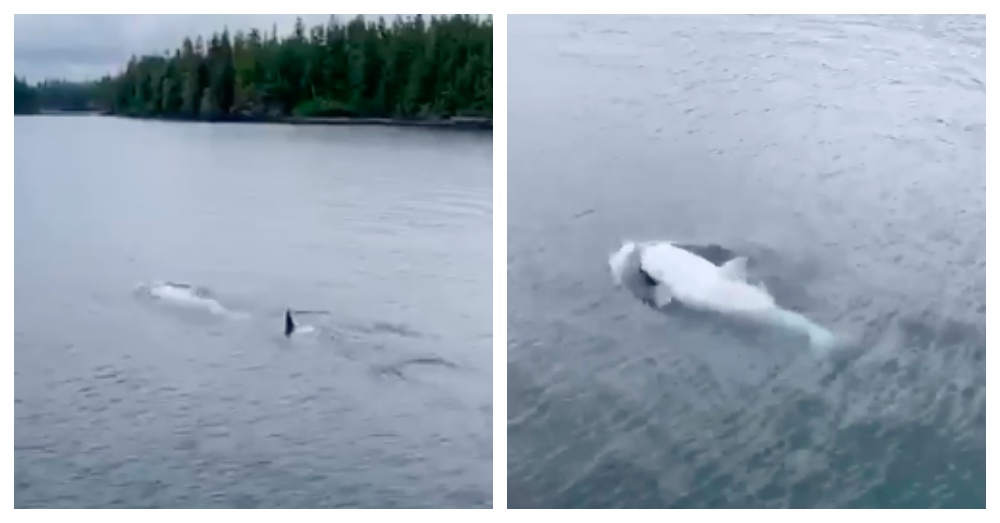 The happy news is spreading far and wide. Alaska Sea Adventure’s wrote, “With his glowing features and playful presence, TI’uk is indeed a bright spot during these unprecedented days!”

Watch as he swims with his family in the video below and don’t forget to share.