During the summer of 2018, four Russian companies captured about 100 beluga whales and orcas, with the intent of selling and distributing them to aquariums in the country. The mammals have since been kept in tanks in Srednyaya Bay, a “whale jail,” where Greenpeace Russia maintains at least three belugas and one orca died in captivity.

Aerial photos of the holding tanks show sheets of ice forming around the perimeter of the overcrowded pens, and the mammals within struggling to keep warm. A report from Greenpeace Russia in January detailed the whales as suffering from skin lesions and flipper deterioration, possibly from colliding with the ice in their tanks.

The Russian government is now setting these mammals free. VNIRO, the Russian Institute of Fisheries and Oceanography, helped prepare the first six belugas and two orcas for a return to the Sea of Okhotsk, about 1,100 miles away. The animals will be transported by land vehicles, making the 5-day trip to waters where they were originally captured. 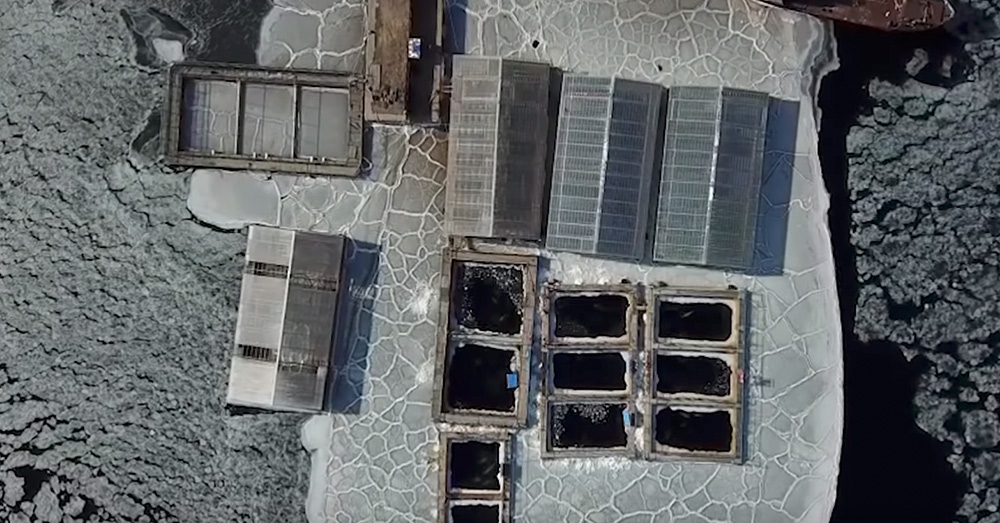 “We have taken the only sensible decision at the recommendation of scientists to rebase the animals to their natural habitat where they were caught, to their familiar environment,” Deputy Prime Minister Alexei Gordeyev told Reuters. 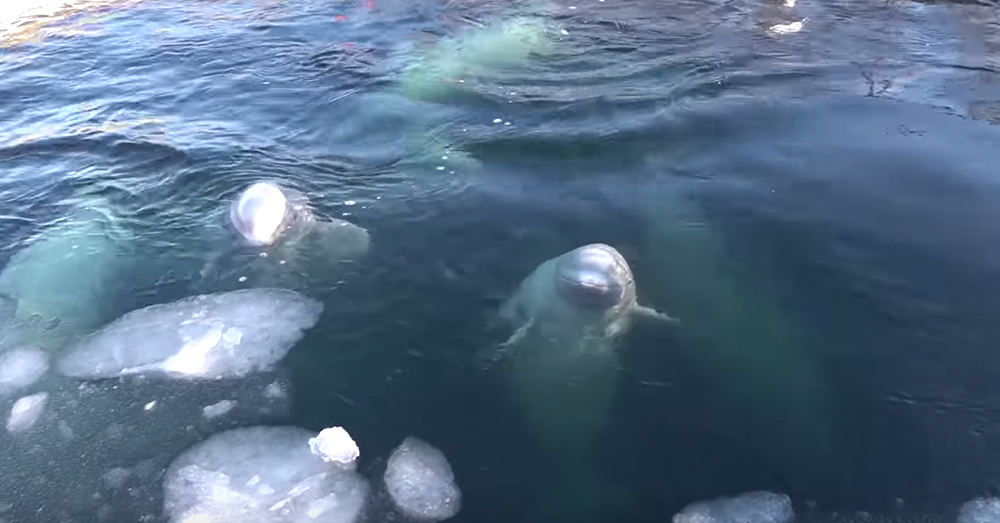 Gordeyev expects the whale relocation will take about four months. According to National Geographic, each whale will be fitted with a GPS trackers before release, and each will be accompanied to the sea by two agents. 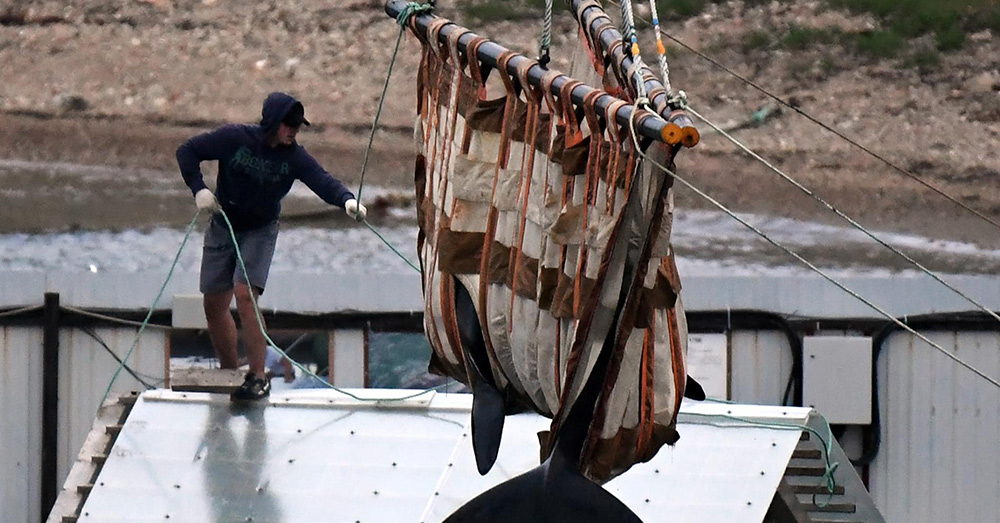 Source: Twitter/Rachael Bale
An orca is hoisted up to be transported back to the Sea of Okhotsk.

There is no ban on whaling in Russia, but hunting the animals for anything other than scientific and educational purposes is illegal. On the black market, a single orca can fetch millions of dollars, while a beluga whale may be sold for tens of thousands. 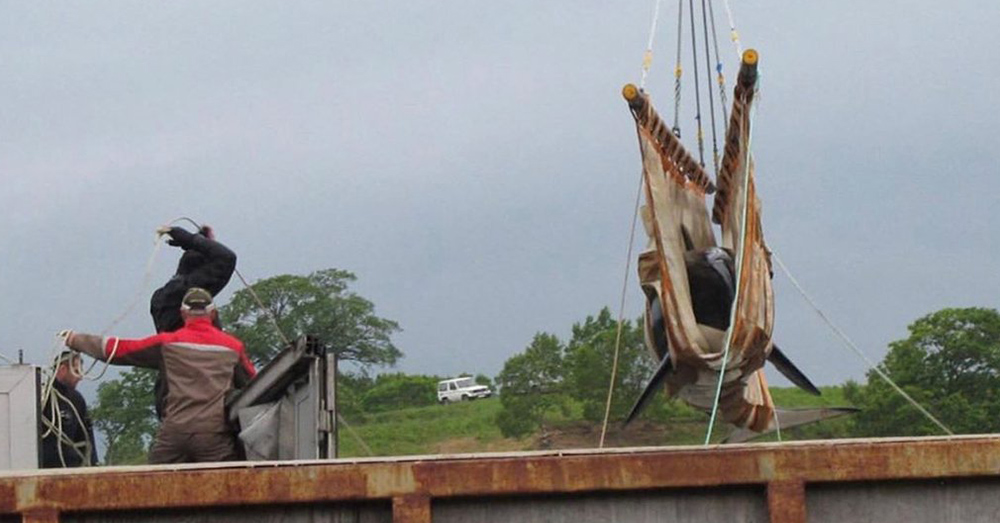 Source: Twitter/Dolphin Project
A single orca can fetch millions of dollars on the black market.

When Greenpeace Russia first revealed to the public the existence of the whale jail, several high-profile celebrities took to social media to condemn those involved in capturing the animals. Leonardo DiCaprio tweeted a Change.org petition demanding the release of the whales, which garnered more than 20,000 likes, and brought the petition nearly a million new signatures.

Please sign this petition and join me in speaking out against the inhumane capture of orcas and belugas in Russia. https://t.co/OED9zJ9fnz

According to the BBC, the four companies involved in setting up the holding tanks may be charged with violating fishing regulations and cruel treatment of animals.