She Held A Music Box Up To The Glass. When The Music Starts, Keep Your Eyes On The Whale!

This false killer whale* named Chester was rescued as a calf in distress two years ago near Tofino on Vancouver Island. He was nursed back to health by Vancouver Aquarium’s rescue team and has been deemed unable to survive in the wild. 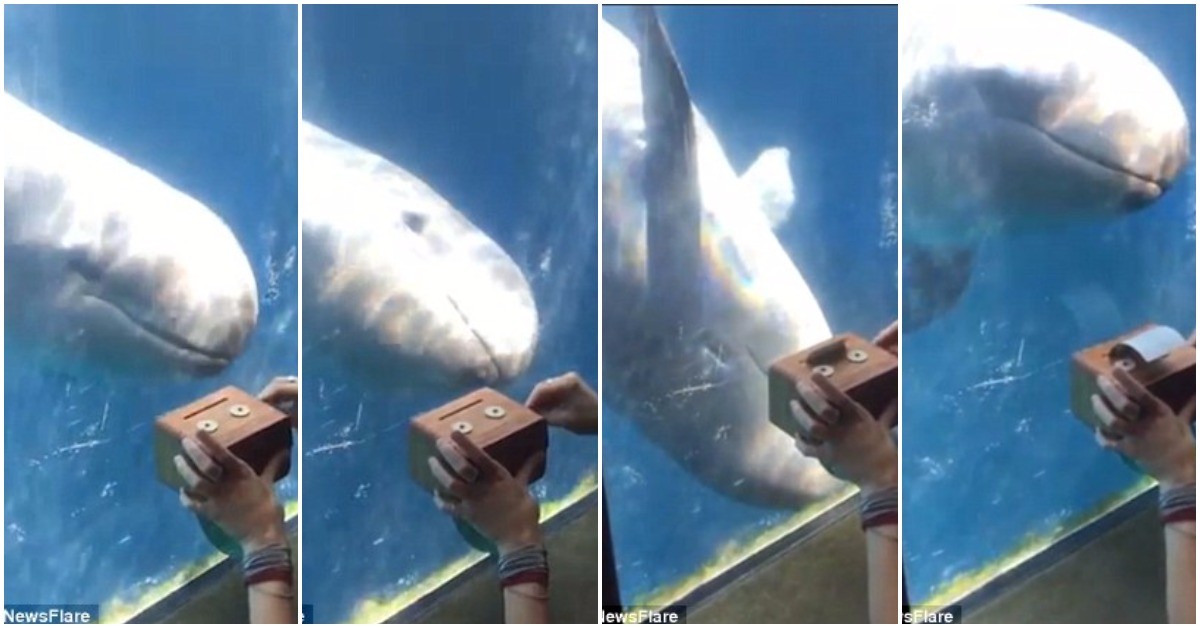 A woman named Jessie fell in love with Chester when she met him several months ago and would always come to visit him. She was desperate to connect with him and wanted to grab his attention so she decided to make him something special. She constructed a hand-made music box with songs she thought he would like.

Not only did he like them, he loved them! She held the music box against the glass and played the songs, while Chester swiveled and swirled with joy. Chester clearly enjoyed it and was absolutely fascinated by the music! Watch his reaction in the video below:

*The false killer whale is a cetacean, and the third-largest member of the oceanic dolphin family.